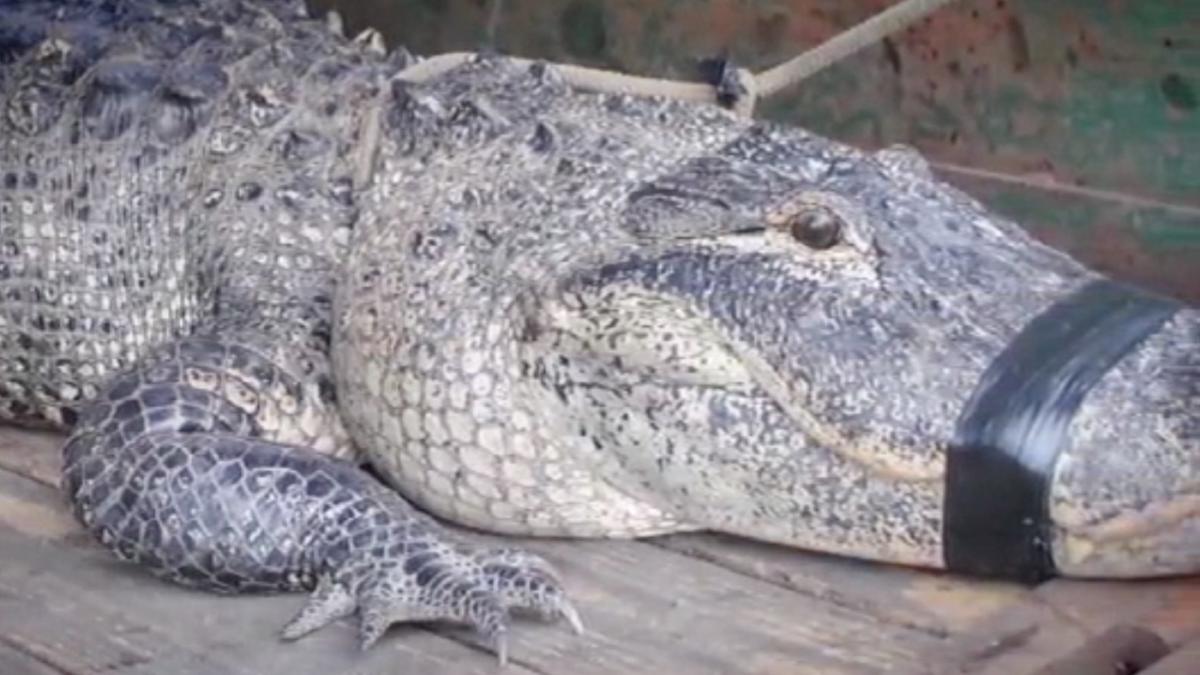 The Hilton Head Lakes golf course in Hardeeville, South Carolina had an unwanted guest on their green. Two alligators were on the course in late May when people were out golfing.

The alligators seemed to be fighting with their jaws interlocked. One had their mouth on top of the other’s, while the other gator’s jaw was clamped on the other’s leg.

Take a look at the video of the gators wrestling near the 18th hole:

The video was posted on the golfer’s Facebook page with the caption, “Sudden death playoff on the 18 yesterday! Keep your eyes open out there, the course is full of wildlife!”

The alligators, intertwined by their teeth, were at a standoff for quite some time. The gators were unfazed by the golfers around them and were focused on their fight.

Matthew Proffitt was the golfer who witnessed the occurrence and captured it on video, according to Fox Orlando.

In this area of South Carolina it’s not rare to see one of the scaly reptiles, but Proffitt said this was his first run-in.

He explained what went down that day saying, “They would lay still for a few minutes, with their jaws locked on each other, and then try to roll or shake.”

While the video is only a minute long, he said it went on for a significant amount of time. “The fight went on for about two hours,” Proffitt said.

Golfers beware, you might have some extra visitors during your time on the green.