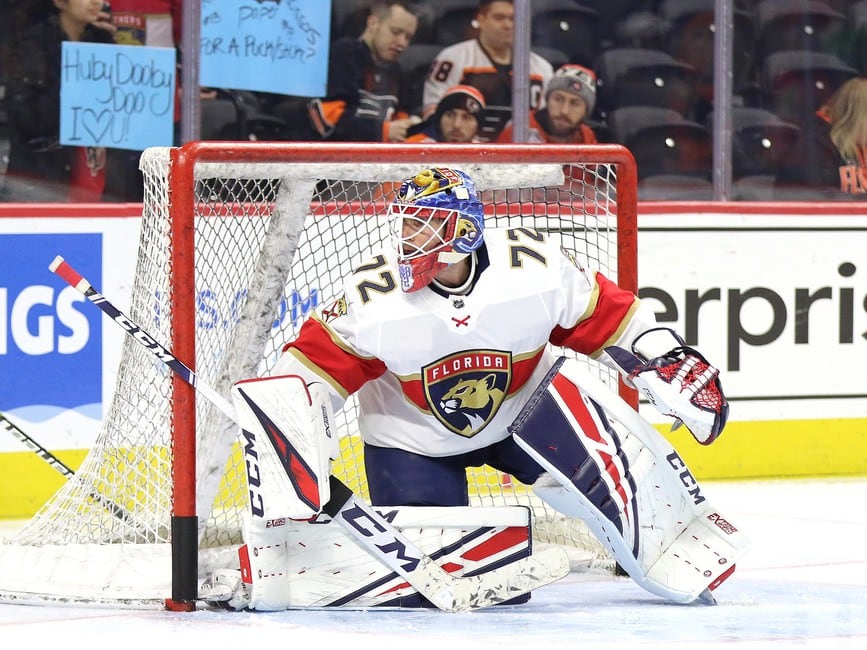 NHL players have immense skill and playmaking ability, and often this combination produces jaw-dropping highlights and impressive statistics. David Pastrnak had 48 goals in 70 games, while Mika Zibanejad had an astonishing 41 in 57. Leon Draisaitl averaged almost an assist per game with 67 in 71. Players like Pastrnak and Draisaitl are superstars meeting the otherworldly expectations we have placed on them, while Zibanejad’s monster numbers caught many by surprise, even though he clearly looks like one of the league’s best now. In either category, current studs or unexpected breakouts, these players succeed.

Then there are the players who, frankly, fall flat and fail to achieve consistent with the hype and expectations surrounding them. Whether it be a lack of scoring, rough defensive play, or an inability to secure wins, these NHLers struggled this season. Of course, this does not mean these players cannot bounce back — either when the season resumes in the playoffs or even next season. But, these guys almost certainly would like a chance to replay the first 70 or so games of this season.

If Sergei Bobrovsky didn’t come to mind almost immediately, I wouldn’t feel confident calling myself an NHL fan. The 31-year-old, Russian netminder signed a whopping seven-year, $70 million contract with the Florida Panthers last July. With Roberto Luongo’s retirement, the two-time Vezina Trophy-winner Bobrovsky was expected not only to fill Luongo’s shoes but also to solidify the Panther’s situation in net. With a skilled offense and solid defense, the Panthers needed an elite-level goaltender like Bobrovsky to propel the team to playoff success.

That, at least, was the plan. To say that Bobrovsky disappointed would be an understatement. He secured a 23-19-6 record and posted a .900 save percentage (SV%) and 3.23 goals against average (GAA). His SV% and GAA rank 58th and 65th respectively. They are also a significant drop/increase from his time in Columbus where he averaged a .921 SV% and 2.41 GAA over 7 seasons.

Now, Bobrovsky has been inconsistent in his career but largely silenced critics last postseason when the Blue Jackets swept the Tampa Bay Lightning in the first round. The Panthers banked on this Bobrovsky for the next seven years, and while this season he fell flat, there is reason for optimism in the Sunshine State. In addition to highly-touted prospect Spencer Knight, Chris Driedger emerged as a reliable goaltender able to hold down the fort. Bobrovsky may bounce back as well, and it would be a welcome sight to see him live up to that $10 million average annual price tag.

In 2018, the Buffalo Sabres acquired three-time 30-plus goal scorer Jeff Skinner from the Carolina Hurricanes. Expectations for him were high heading into the 2018-19 season and he delivered, potting 40 goals in 82 games. His exceptional performance earned him an eight-year, $72 million contract last offseason, cementing the high-scoring winger as a key piece of the Sabres’ future. For the second consecutive year, the pressure heading into the regular season was massive.

Related: The Evolution of Brad Marchand

Unfortunately, Skinner produced at his worst rate in his 10-year NHL career. He netted a measly 14 goals and 9 assists in 59 games. His .24 goals per game halved his 2018-19 total, and his 23 points were his lowest ever. In his defense, he missed 10 games due to injury, and the Sabres tied for 21st in the league, averaging 2.8 goals per game. Nevertheless, one cannot help but think that his lack of production contributed to that decline. After all, Jack Eichel had 78 points in 68 games (on pace for his best NHL season), and rookie Victor Olofsson had 42 in 54.

Of course, it is easy to pick apart a poor season, especially for a player like Skinner, who has immense talent and a demonstrated, elite scoring ability. Without a doubt, his struggles this season look worse in light of the big ticket he signed. Furthermore, with the NHL’s rumored 24-team playoff format looking more likely, the Sabres would miss the postseason for the ninth-straight year. Neither situation helps his cause.

Nevertheless, at 28 years old, Skinner has many prime years ahead of him. He has the skill to resume his normal scoring pace next season. After all, his 258 goals since entering the league in 2010 rank 15th in the NHL. His talent is not in question now, but his ability to bounce back will certainly be scrutinized, especially with Sabres fans and players hungry for playoff hockey.

In an offseason full of big-name trades and signings, the New Jersey Devils’ acquisition of P.K. Subban neared the top of the list of notable transactions. In an effort to reshape the Devils into a contender, the team took on Subban and drafted first-overall pick Jack Hughes. Throw in the trade for talented Nikita Gusev and the signing of veteran Wayne Simmonds, and much excitement surrounded the team heading into the season.

However, not a lot went right for the Devils this season, including Subban’s play. In 68 games, he netted 7 goals and 11 assists — his lowest total since entering the league in 2009. At the pause, he maintained a minus-21 rating, also a career worst. Even worse, Subban had 65 giveaways compared to only 19 takeaways (minus-46).

Subban’s arrival in New Jersey was a major reason for Devils fans’ increased optimism. Now, after his worst NHL season, along with the departure of Taylor Hall, the team must make numerous decisions this offseason. Subban has two years remaining on his eight-year, $72 million contract. Do the Devils hope for an improved Subban next season? Or, should/can he be moved in exchange for rebuild pieces?

Like Subban, Matt Duchene was one of the largest names moved last summer. Unlike Subban, Duchene was, perhaps, the most sought unrestricted free agent. His 2018-19 season was a roller coaster that took him from the Ottawa Senators to the Columbus Blue Jackets, where he served a crucial role in the team’s memorable playoff upset of the Tampa Bay Lightning. He scored 5 goals and 5 assists in 10 games. Combined with his 70 points in 73 games during the regular season, Duchene’s performance upped his already high worth heading into the offseason.

The Nashville Predators won the Duchene sweepstakes, signing him to a seven-year, $56 million contract. A team hurting for offensive production and leadership, the Predators hoped that he would shore up the center position. However, Duchene struggled to post the numbers proportional to his talent, finishing with 13 goals and 29 assists in 69 games. His 42 points rank third on the Predators, who are led by Norris Trophy contender Roman Josi’s 65. Duchene’s .61 points per game are his third-lowest since 2011-12 when he averaged .48.

Aside from the lower offensive totals, Duchene’s consistency also raised concerns. He had one nine-game goal drought and two eight-game goalless spells. He also went six and five games without a goal once this season. He scored one goal in December and one goal in February. Needless to say, Duchene’s goal output did not instill confidence, and his lack of overall production made the $8 million average annual value look steep.

There are additional lingering problems for the Predators, including goaltending and team scoring. Duchene’s arrival, though, was supposed to help with the latter. The 29-year-old has been through a whirlwind the past few seasons, suiting up for four separate teams in three seasons. His struggles this year could have resulted from him settling into a new city and team. He has more than a few good years left in his career and Predators fans should expect him to elevate his game next season.

Alex Galchenyuk can relate to Duchene’s situation: Galchenyuk has also played for four teams since 2017. After the Montreal Canadiens traded him to the Arizona Coyotes, the 26-year-old forward had a disappointing 2018-19 campaign in the desert, posting only 41 points in 72 games. Then, the Pittsburgh Penguins parted with fan-favorite Phil Kessel in exchange for Galchenyuk. Upon arriving in Pittsburgh, the expectation was for him to slide into Kessel’s spot alongside Evgeni Malkin, immediately positioning Galchenyuk for an improved 2019-20 campaign.

The preseason indicated that Galchenyuk and Malkin could develop potential, as the former benefited from numerous passes from the latter. Unfortunately, that preseason success did not translate to the regular season. In 48 games, he scored 5 goals and 12 assists. His average time on ice hovered around 11 and a half minutes, a full four-minute drop from his time in Montreal and Arizona. Whatever the Penguins had hoped for from Galchenyuk did not come to fruition, leading to his trade to the Minnesota Wild for Jason Zucker.

Galchenyuk’s play in Minnesota has improved slightly: he had 3 goals and 4 assists in 14 games. Nevertheless, his play has not remedied cause for concern. After all, he is a third-overall draft pick and one-time, 30-goal scorer. In theory, at 26, he has the talent and time to recapture the magic of that 2015-16 season. But it has been four years now, and he has not eclipsed the 20-goal mark in that span. How many more chances does Galchenyuk have?

General manager Bill Guerin will have to make a decision after this season since Galchenyuk’s three-year, $14.7 million contract will make him an unrestricted free agent. The emergence of Kevin Fiala this year (54 points 64 games) has established him as the young, promising forward of the future. Is there room for Galchenyuk? He could complement players like Fiala, Luke Kunin, and Jordan Greenway. But the Wild, starved for offense, would need Galchenyuk to produce at a much higher rate. And what would re-signing him cost? His performance the past three seasons does not bolster his case for a significant payday, so the Wild may be able to sign him at an affordable rate hoping he reemerges as an elite goal scorer.

Hope for the Future

Truthfully, even though I spent this whole piece highlighting these players’ shortcomings, I am a fan of each. Bobrovsky is an electric goaltender with game-stealing talent. Skinner’s pure scoring ability coupled with his strong skating make him a high-end forward. Subban’s personality, skill, and experience establish him as an upgrade to almost every team’s blue line. Duchene’s unique combination of skill and power-forward grit can produce fantastic highlights. And, Galchenyuk’s precise, quick shot can haunt goaltenders’ dreams.

Every player on this list has the opportunity and skill to rebound next season. Bobrovsky, Skinner, and Duchene will need to deliver as they are key pieces in their team’s future. Subban and Galchenyuk may don a new sweater next season but, given the right environment, could thrive and produce in line with their potential. Regardless, these circumstances demonstrate not only the fickleness of the NHL but also how difficult it is to play in the league.