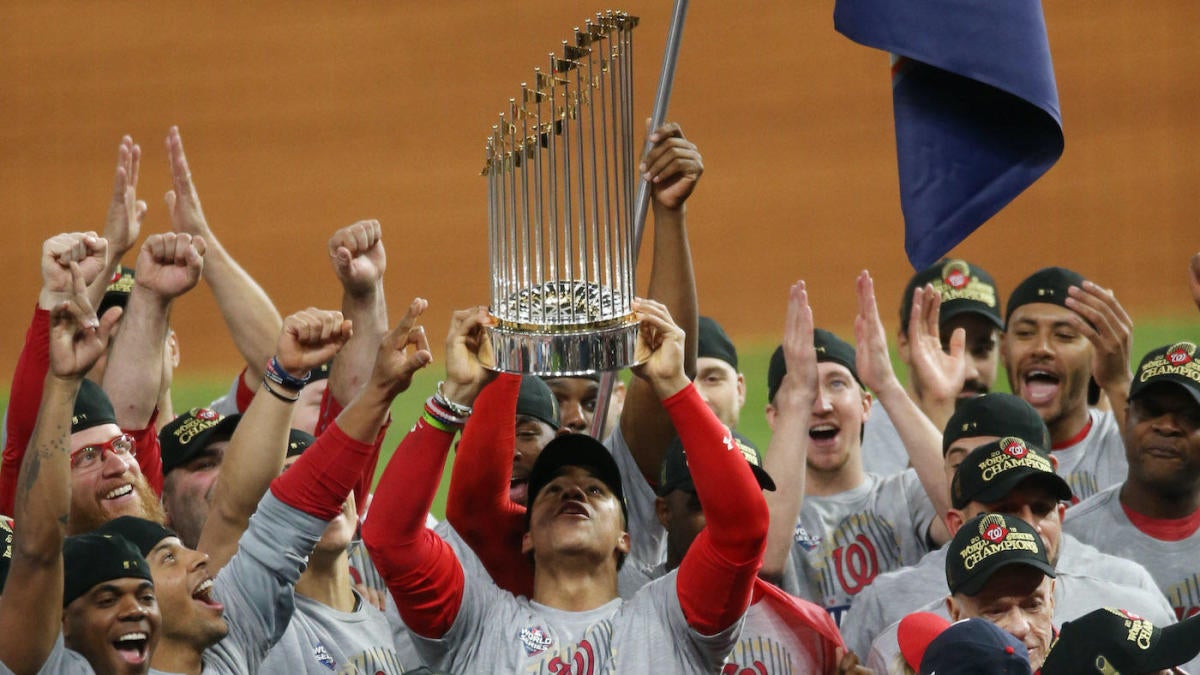 The fact that they have to physically wait to see their own rings and celebrate the occasion together has to sting, though.
Surely it’s a bittersweet moment for the Nationals players. Each player’s name will be featured on their own ring — as seen above with the Stephen Strasburg example — and that has to be pretty awesome to see.  Some of the features and their meanings:  Unfortunately, the Nationals haven’t been able to have a traditional World Series ring unveiling in front of a packed house at Nationals Park. On Sunday night, though, they had an online ceremony with players airing live on MLB Network. The players have decided they didn’t want to get the rings until they are all together in person and that’s pretty cool, but we now have a good grasp of the design.

And for those who want it in picture form:  Here’s the video: