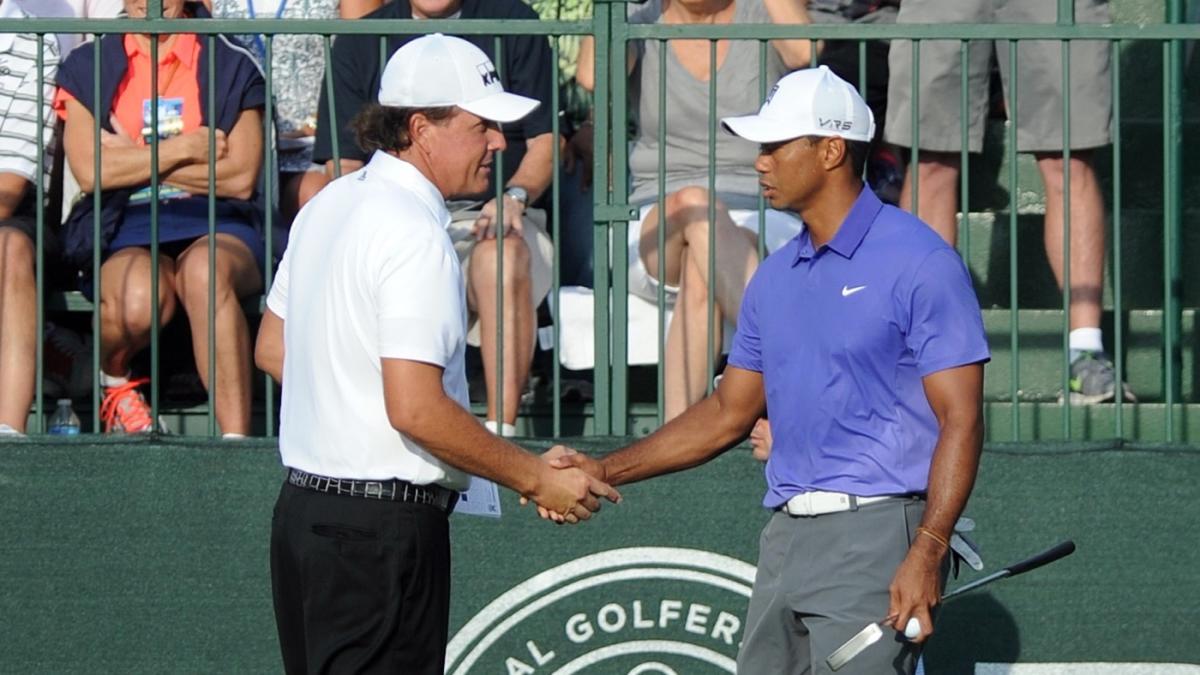 With the upcoming charity golf match that involves Tiger Woods and Peyton Manning going up against their respective rivals, a duo of Phil Mickelson and Tom Brady, the participants are naturally getting in a few practice swings in. CBS Sports golf broadcaster Amanda Ballolis was able to get a video of not just the guys getting their shots in, but also of what their respective golf carts look like.

In a surprise to absolutely no one, some of the most famous names in sports have decked out carts that feature either their personal logos or numbers and team logos. Behold what these guys will be riding in all their glory — along with a cameo from PGA Tour star Justin Thomas.

While this charity match will obviously not be the first time that Manning and Brady have competed against one another on the same field, this also won’t be the first time that Woods and Mickelson will compete directly against one another in the name of charity — at least $10 million worth. The two squared off at Shadow Creek Golf Course in Las Vegas in 2018. Each side bet $800,000 that was eventually given to charity. Mickelson took that competition, and ended up winning $19 million in prize money as a result.

The build-up to this match has also been entertaining to say the least. Each side has taken time to take shots at the other in the spirit of friendly competition.

The highly anticipated match between Team Woods/Manning and Team Mickelson/Brady will tee off at 3 p.m. ET. You can check out all of the information on how to watch here.