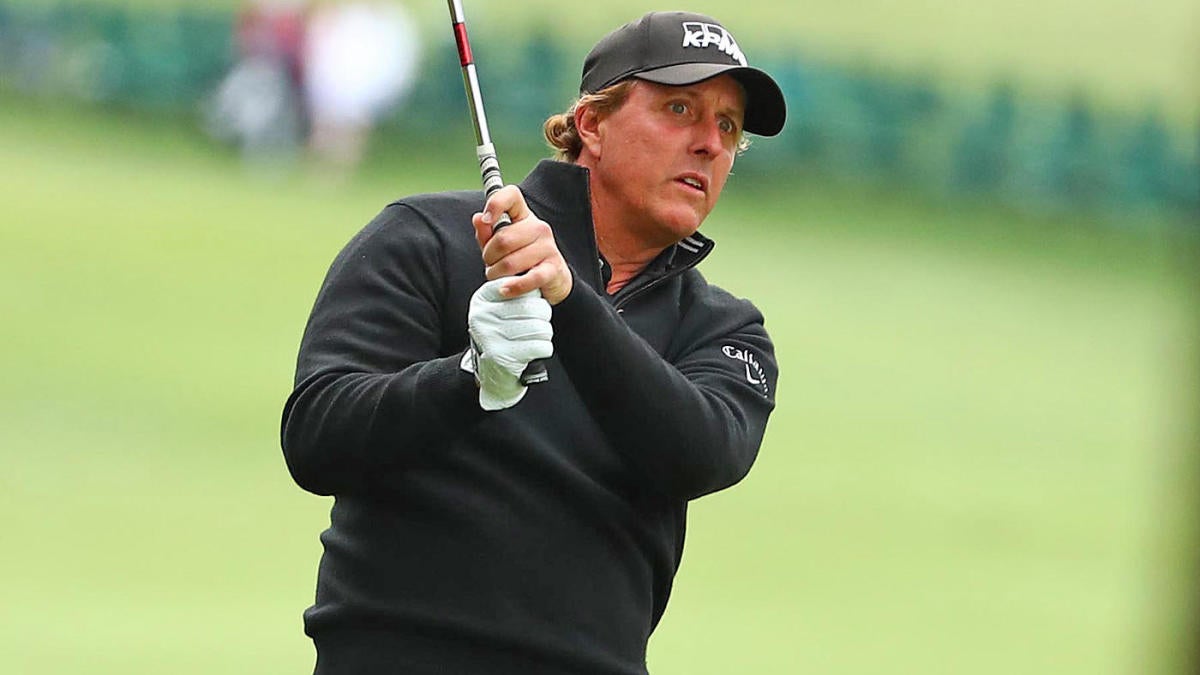 The champions will be the focus, but the course could steal the show when Tiger Woods and Peyton Manning take on Phil Mickelson and Tom Brady in The Match: Champions for Charity on Sunday. The event tees off at 2 p.m. ET at Medalist Golf Club in Hobe Sound, Fla. The course, conceived by Greg Norman and built with help from Pete Dye, is one of the world’s toughest tracks, and how the iconic quarterbacks rise to the challenge could determine the result.

Golf legends Woods and Mickelson will hit first, which could apply more pressure on the NFL legends, especially in the modified alternate shot format on the back nine. Woods and Manning are listed as -190 favorites at William Hill, while Mickelson and Brady are +170 underdogs in the latest Tiger vs. Phil odds. Before making any 2020 Champions for Charity picks, be sure to see the latest Tiger vs. Phil II predictions from SportsLine’s resident golf insider, Sal Johnson.

A media legend and consummate golf insider, Johnson, the first producer of “Inside the PGA Tour,” a longtime ABC Sports golf producer who has worked with Jack Nicklaus, Arnold Palmer and Greg Norman, and the founder of the world’s top golf statistics database, is coming off a red-hot year on his golf picks that has continued into this season.

Johnson also has a strong feel for what it takes to win in Florida, and he was all over it in the Tour’s last completed event. At the Honda Classic in March at Palm Beach Gardens, he tabbed Sungjae Im as one of his players to watch, and the 21-year-old got his first PGA Tour win.

Johnson noted that the South Korean had played poorly on the West Coast last year before surging after the Tour hit Florida, and he expected him to repeat the pattern. “He has been uninspiring this year out West, so look for good things in the weeks to come,” Johnson wrote. Im shot a final-round 66 to finish six under par at PGA National.

Now, with sportsbooks taking bets on Tiger vs. Phil 2, Johnson has scoured the odds and picked a winner. You can only see his extensive breakdown and pick here.

Johnson has been keeping tabs on Woods since his days as a golf prodigy. Now, the 44-year-old has 15 major titles and a PGA Tour-record 82 event wins. He won the Zozo Championship in Japan in October and is the defending Masters champion. Woods owns an Official World Golf Ranking of No. 11 and has a 69.7 scoring average in his three tournaments this season. However, he struggled over the weekend in his last outing and finished 11 over par at the Genesis Invitational.

Manning has had plenty of time to work on his game, and Johnson knows the former Colts and Broncos star is brimming with confidence. The 44-year-old holds the NFL record for touchdown passes (55) and passing yards (5,477) in a season and retired after the 2015 campaign. He is a member at Augusta National and once shot 77 there. Manning has been able to play as he juggles filming, while Brady has been forced to study a new playbook to prepare for his first season in Tampa Bay.

Mickelson has plenty of experience and could have the edge mentally after beating Woods in the initial staging of The Match in November 2018. He took the $9 million purse, as well as $400,000 in side bets. The 49-year-old has struggled in his recent events, missing the cut in four of his past five, but finished third at Pebble Beach in February. He remains one of the Tour’s best with his touch around the greens, which should prove highly useful at Medalist.

Brady’s stature has allowed him to play in many high-profile events, and Johnson has seen his fire. The iconic quarterback is an eight handicap and recently became a member at Medalist. He also has privileges at three-time U.S. Open host The Country Club in Brookline, Mass., near his longtime home. He won six Super Bowls with New England, but his time on the course has been limited while he learns a new offense and prepares for his first season with the Tampa Bay Buccaneers.

How to make 2020 Champions for Charity picks

Johnson knows the bookmakers are locked in on Woods and Manning. But he has identified a critical X-factor that makes one of the teams a must-back. You can see what it is, and who he’s backing, only at SportsLine.

So who wins The Match: Champions for Charity? And what critical X factor will determine the winner? Visit SportsLine to see Sal Johnson’s full picks and analysis for Tiger vs. Phil II, from the insider who nailed the Tour Championship and knows what it takes to win in Florida, and find out.