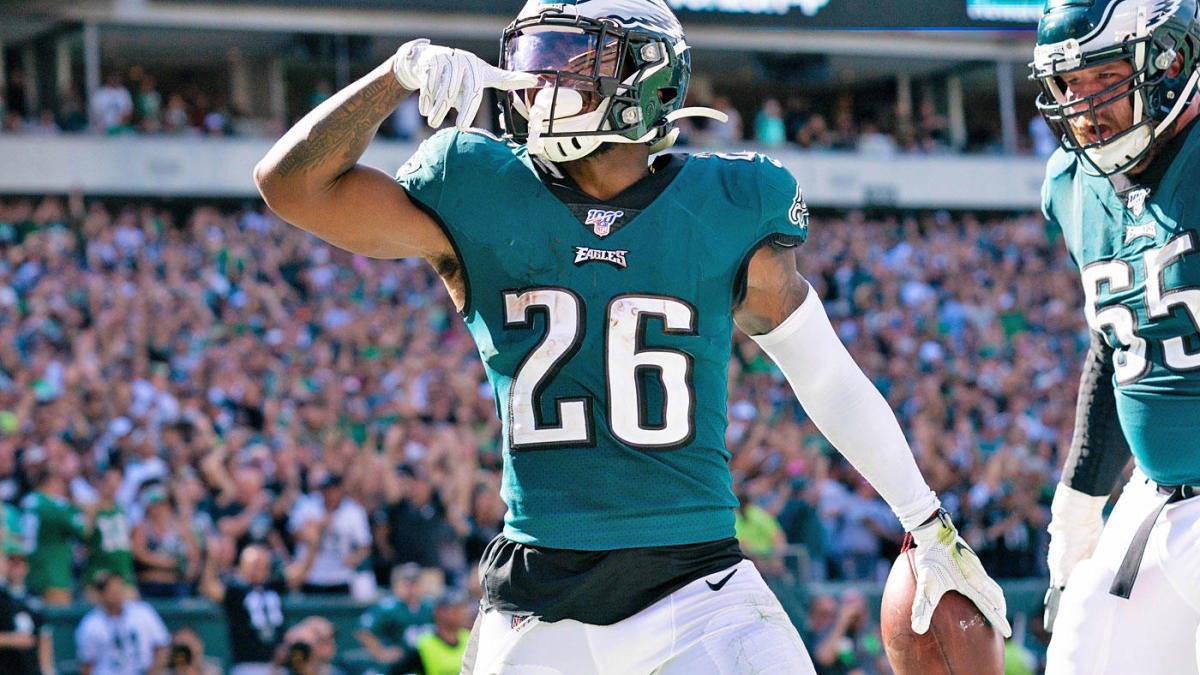 The NFL hasn’t seen a running back capture league MVP honors since LaDainian Tomlinson in 2006. Miles Sanders believes he can end that 14-year drought.

In an Instagram video released earlier this week, Sanders makes a MVP prediction during an offseason workout. The Philadelphia Eagles running back is coming off a season which he finished in the top 10 in all-purpose yards, increasing expectations heading into Year 2.

“MVP year” is Sanders’ goal for 2020, coming off a season which he finished with 818 yards and three touchdowns (4.6 yards per carry) and caught 50 passes for 509 yards (10.2 yards per catch) for three touchdowns. Sanders’ 1,327 yards from scrimmage led all rookies and ranked 16th in the NFL, and his 1,641 all-purpose yards were eighth in the league.

After word of the Instagram video leaked, Sanders didn’t back down from his MVP comments. The sophomore back doubled down on his call.

“My confidence is through the roof and I know what I can do for this team,” Sanders said on Twitter. “I ain’t apologizing for saying that, just don’t be surprised when it happens!”

The odds are against Sanders to walk away as 2020 NFL MVP, as William Hill Sports Book lists his odds to win the award at 200-to-1. The running backs with the best odds to win MVP are Christian McCaffrey and Saquon Barkley (Sanders’ college teammate at Penn State) at 30-to-1.

Sanders compiled 229 touches in his rookie season; with 100 more, he’d rack up 1,900 yards and finish among the league leaders in yards from scrimmage if he can maintain the same efficiency with a higher volume of work. And it’s possible the team does give him more than 300 touches, even though no Eagles running back has managed that workload under head coach Doug Pederson (LeSean McCoy had the last 300-touch season for the Eagles in 2014).

Sanders is the first leading rusher to return to the Eagles the following season since McCoy won the NFL rushing title in 2013, and the franchise has big plans to get him the ball as frequently as it can. If the Eagles give Sanders the touches he deserves, he’ll play a role in the MVP race — especially in an offense that lacks a No. 1 wide receiver and relies on him to carry the load.