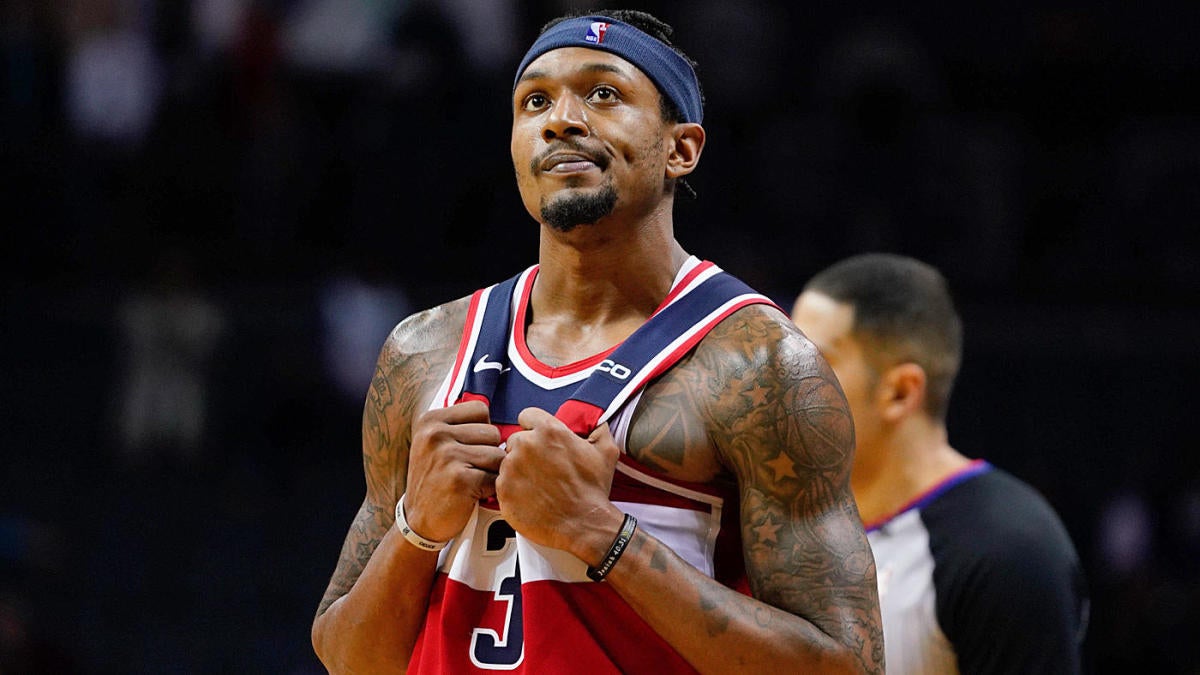 The instant the Brooklyn Nets signed Kevin Durant and Kyrie Irving last summer, they went from a promising young team heading toward the heavy side of the rebuild see-saw to an instant contender in the throes of win-now mode. Everything was delayed a year, of course, since Durant has missed the entire 2019-20 season after tearing his Achilles tendon during the NBA Finals last June, but Durant and Irving didn’t join the Nets to help bring along their young talent.

To that end, it’s not much of a surprise to hear that the Nets are in the market for a third star, and they’re already internally discussing potential trades for Wizards guard Bradley Beal, according to Stefan Bondy of the New York Daily News.

Expected to be a prime trade candidate this season, Beal surprisingly signed a two-year, $72 million extension with the Wizards before the beginning of the season, which prevents him from being moved until this summer. He has put together a spectacular year in Washington, second in the NBA at 30.5 points per game, but has at times expressed frustration with the direction of the organization.

The Wizards had a record of 24-40 at the time of the hiatus and, even if John Wall returns healthy next season, are facing an uphill climb in the Eastern Conference with a lack of established talent from the supporting cast.

If the Wizards decide to trade Beal (or they’re forced to), Brooklyn is a logical destination. As a knock-down shooter who can also facilitate and create his own offense, he’d be a perfect complement to Durant and Irving and they’d comprise one of the most offensively imposing trios in the NBA. The Nets are also a strong partner from the Wizards’ perspective, as they have good young players on reasonable contracts like Caris LeVert, Spencer Dinwiddie and Jarrett Allen to throw into the deal.

Irving, who averaged 27.4 points in 20 games with the Nets before undergoing potentially season-ending shoulder surgery, said in January that Brooklyn’s roster needs were “glaring,” and that the team would worry about “moving pieces and everything else” in the summer.

LeVert could be that potential third star, but he’s had significant injury issues throughout his career. Swinging a trade for Beal would not only be a more reliable upgrade, but it would also put the Nets in immediate championship contention.