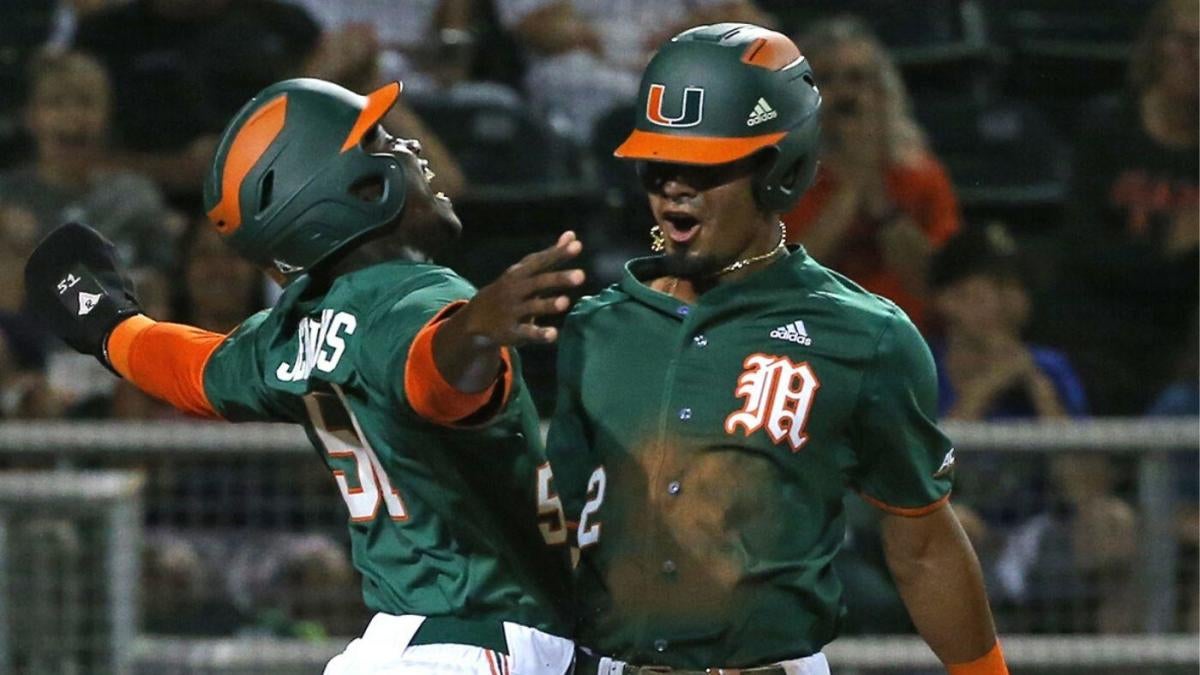 The fault line: Extreme youth meets limited projection
The Sabato comparison does highlight that Jordan is unlikely to be the recipient of the age-related boost the way he might if he were, say, an up-the-middle athlete. As such, he might end up honoring his commitment to Mississippi State, with an eye on hitting his way into a future first-round selection.
Lonsway put aboard more than 14 percent of the batters he faced as a freshman. He walked 22 percent of those who stepped to him in the Cape Cod League, then returned to campus this spring for four starts and did the same there. The demonstrated upshot here, that 14 percent he walked during his freshman season, would’ve been the highest in the majors in 2019 among qualified pitchers by three percentage points. There’s wildness and then there’s wildness. This is the latter.

When it comes to prospects, the younger is typically the better.  The fault line: Shaky skill set meets possible rule changes
They’re in the walks column.
A speculative, value-seeking team could gamble by taking a player like Wells now, banking on the rules being tweaked by the time he reaches the majors. A successful bet would possibly leave that team with a capable hitter whose biggest defensive deficiency has been hollowed out by the league overlords; an unsuccessful bet would possibly leave that team with a bat-first left fielder. Major League Baseball will hold its 2020 draft next month, on June 10-11. Between the spread of the novel coronavirus and the owners’ desire to slash costs, this year’s event will be a compromised affair. The entire process will be conducted virtually, as opposed to the original plan to have it coincide in Omaha alongside the College World Series, and will last five rounds instead of the standard 40.
We tipped our hand on Wells by writing this when we ranked him the 14th best hitter in the class:

If you’re drafting Carraway, you’re doing so because you believe he can assume a high-leverage role quickly. The catch is that he might not provide a ton of value relative to the player you could have picked. Oh, and that history suggests the safest college relievers aren’t that safe.  The fault line: Upside meets availability concerns

Teams will have to make a call on Zamora’s ability, health, and makeup based on some combination of their past looks, his medicals, and the information they can glean from coaches and others. Odds are, he’s going to go later than he should relative to his upside as a starting shortstop.

Everyone else on this list is a reliever as a fallback option. Not Carraway. He pitched out of the bullpen in 37 of his 38 appearances at Dallas Baptist, and he is certain to remain in that role as a professional. Carraway has an upper-90s fastball and a slow curve that he used to great effect for the Patriots, striking out 15.6 batters per nine for his career. He does have below-average command (which might not surprise anyone who has seen his high-tempo, crossfire delivery), and he’ll need to find the zone more often as he progresses. The upside here is a quick-moving late-inning dynamo, and with due respect to CJ Van Eyk and Tommy Mace and the other capable starters who could easily slot in here, that’s likely to get him popped sometime over the top 50 picks.
Alas, Zamora went unranked on our list due to a series of unfortunate events that culminated in him not playing in a single game during the abbreviated 2020 campaign. The short version is that he was suspended for the onset of the season due to a rules violation, and then he suffered a year-ending knee injury. Wells’ standing is tied to a team’s belief that he can catch. As it is, his bat is doing the heavy lifting. A draft-eligible sophomore, he hit .357/.476/.560 with seven home runs and more walks than strikeouts in 71 games with the Wildcats. (He also had a strong showing in the Cape Cod League, batting .308/.389/.526, albeit with a higher K rate.) Wells has a pretty swing from the left side, and he has a chance to further tap into his power. The risk is, as suggested, with his defense. He has a substandard arm, and he doesn’t grade as a good receiver. He could end up at the other end of the defensive spectrum, either at first base or in the outfield; alternatively, he could benefit more than any other draftee from robot umpires. Who knows in this economy.

As Baseball America’s J.J. Cooper found last year, only two of the 20 college relievers drafted from 2013-17 went on to have significant big-league careers. Carraway, whose top-shelf stuff passes both the eye and metric tests, might prove to be the exception. But then, that was probably assumed to be the case for most of those 20 pitchers as well, and look how that turned out. We’ll end with Carraway. Here’s what we wrote when we ranked him as the 25th best pitcher in the class:
Past studies have indicated teams are better off taking the youngest players in a draft, as opposed to the oldest, for various reasons. If a youngster can hang against their more mature, experienced peers, then they’re probably pretty talented themselves. They also stand to gain from the additional pro instruction their youth permits them to experience, and they have more time to add strength.
The fault line: Proximity meets history

Lonsway is a well-constructed southpaw. He’s coming from a power program, where, in 110 innings, he posted a 3.59 ERA and a strikeout rate nearing 14 batters per nine. His fastball can touch into the mid-90s and he has a full arsenal to complement it. Where, you might ask, are the concerns? Catcher framing has become all the rage at the big-league level since analysts learned to quantify it. It’s probably fair to write that the threshold for remaining behind the plate is higher than ever before. That’s going to change if and when the automated strike zone makes its way to the majors.
Below, we’ve highlighted five players (and their respective fault lines) who we believe to be among the class’s most polarizing figures. That isn’t to say these players are bad or overrated; simply that their exact value is up for debate.
Every team believes it can unlock better stuff, or better control, or what have you. Lonsway will get drafted, and the team that takes him will think they can get him (or his pitches, anyway) on the straight and narrow more often. If so, there’s substantial upside waiting to be reaped. Our guess is that Lonsway will end up being picked higher than he ought to based on his odds of figuring it out.
Jordan, who reclassified to this year’s draft, is one of the youngest players in the class. He won’t celebrate his 18th birthday until December, or a half year after the draft concludes. That should be a plus; so, why is he on here? Because he’s probably just a right-handed first baseman.

The fault line: Upside meets usability concerns Jordan has immense raw strength (he first surfaced nationally by hitting long home runs as a 15-year-old) and shows a mature approach for his age. His defensive skills aren’t nearly as impressive, however, and he’s likely to be landlocked to the cold corner. One scout compared him to University of North Carolina first baseman Aaron Sabato. That isn’t an insult; Sabato ranked 25th on our positional players list, and could reach the majors over the next few years thanks to his bat.

Pardon the tautology, but even with those tweaks this year’s draft will still be a draft. Players will be picked, arguments will be had, and so on. A good deal of those debates will concern a small class of individuals whose games pit ideologies and evaluations against one another.

So far as draft-day gambits go, there are worse downsides that get entertained.
On a talent basis, and a talent basis alone, Zamora deserved to be listed somewhere in the top 25. He’s all but certain to remain at the position thanks to his above-average arm strength and range, and he’s a more dynamic offensive player than Arizona State’s Alika Williams. To wit, Zamora hit .300/.391/.429 with 33 steals and more walks than strikeouts over two seasons at Miami.