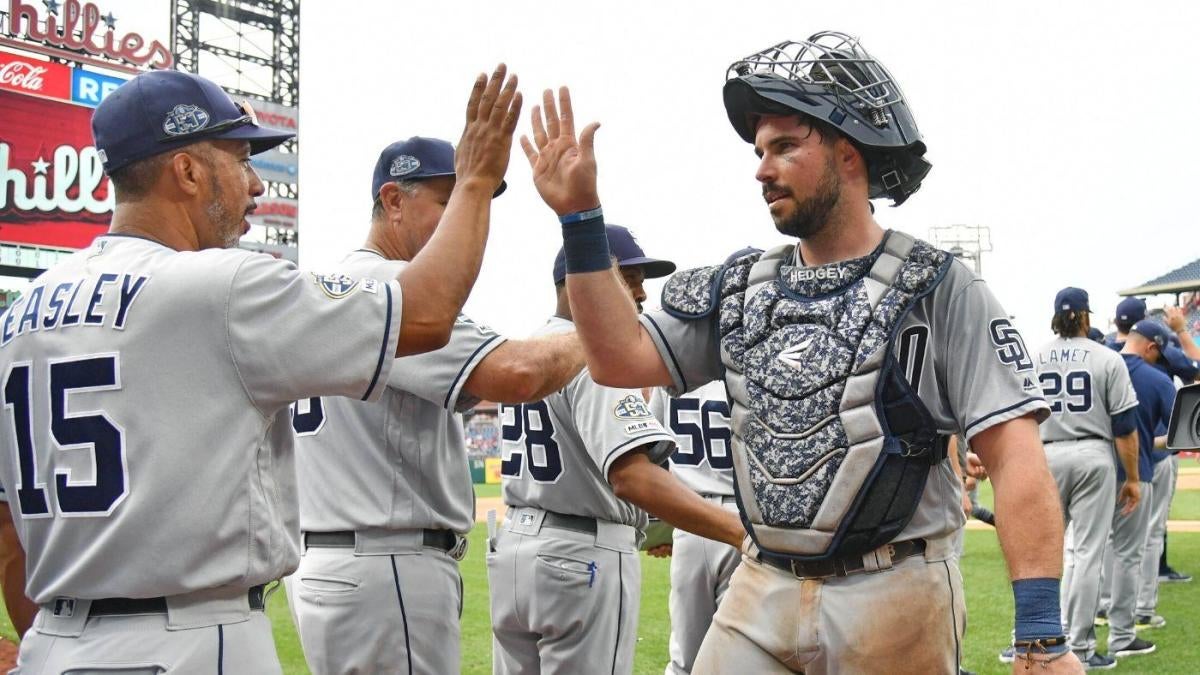 “Over the last 48 hours, it really feels like we’re getting some stuff done,” San Diego Padres catcher and union representative Austin Hedges told Kevin Acee of the San Diego Union-Tribune. “I really do believe we’re to a point where a decision will be made. … I feel very confident it’s going to happen.”
Major League Baseball and the Players Association are in the second week of conversations about the potential to play a modified 2020 season. While no agreement has yet been reached, at least one individual privy to the details of the talks thinks the discussion is trending in the right direction.
Financially, the owners are angling for a 50-50 revenue share to help recoup the revenue they’ll lose by playing games behind closed doors. That proposal is a departure from the agreement the two sides reached in March. Our Dayn Perry explained why the players are reluctant to accept further haircuts. The likelihood of a MLB season has improved in recent days in another sense, as Governor Andrew Cuomo (New York) and Governor Gavin Newsom (California) both indicated they would be fine permitting professional sports to be played without fans in their states in the coming weeks.
The main points of conflict between the league and the union are believed to be player safety and compensation. Over the weekend, The Athletic published highlights from a 67-page proposal the league sent to the union, detailing plans for testing, travel, and other considerations.
Hedges, for his part, seems open to the idea of reducing pay. “We’ve got to make sacrifices anyways,” he said. “Let’s make those sacrifices now with the future in mind. Everything we’re working for is not to make this year extra special. It’s let’s get through this year as best we can and cut our losses but make sure 2021 and beyond the league is going to be in great shape.