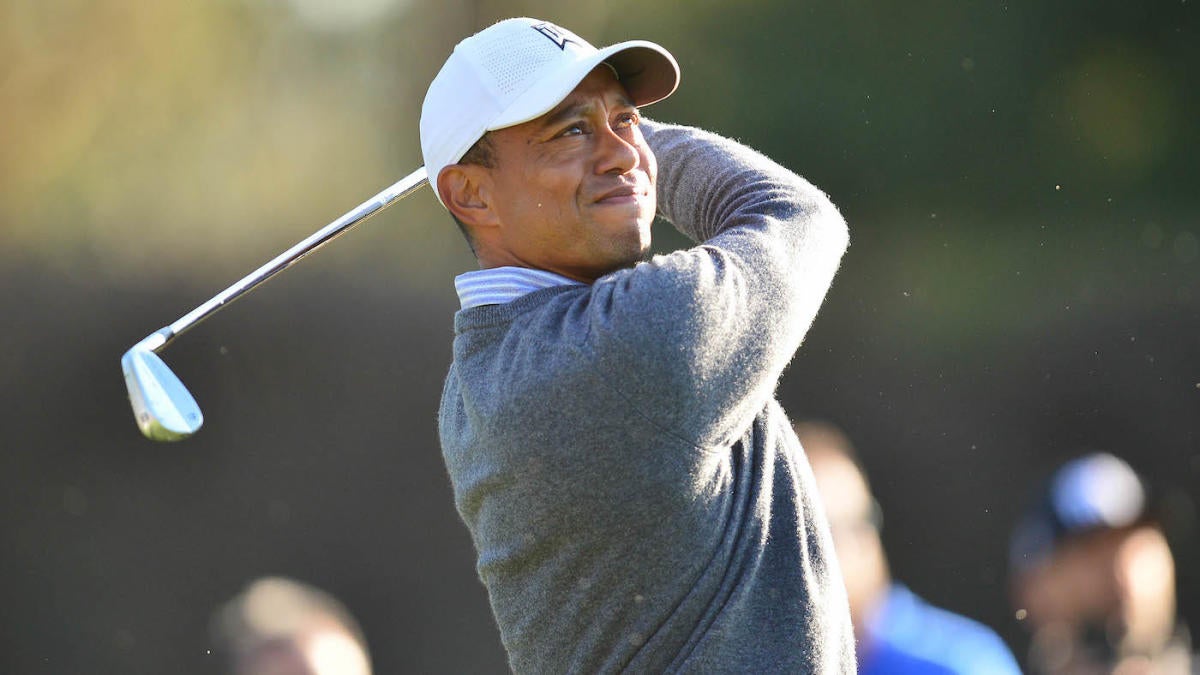 When we see Tiger Woods on Sunday at The Match: Champions for Charity at Medalist Golf Club next to Phil Mickelson, Tom Brady and Peyton Manning, it will be the first time we’ve seen him swing a golf club in a semi-competitive environment since he shot 77 in the final round of the Genesis Invitational in February.

That 77 touched off a week in which he was 11 over and finished in last place among those who made the weekend cut at Riviera Country Club. It was his worst score of the season and worst overall since shooting 78 in Round 1 of the 2019 Open Championship (which feels like it happened 15 years ago).

Following Riviera, Woods missed a handful of events and was not at the Players Championship in March when the PGA Tour was suspended because of the coronavirus pandemic. He said then that his back was “just not ready” for competition at the highest level, so he skipped that event to presumably prepare for the 2020 Masters (which was supposed to be held in April).

When Woods was interviewed by Jim Nantz in April about his 2019 Masters win, he said his body would have been ready for this year’s first major championship. We don’t know what that version of Tiger — that defending-champion-at-Augusta version — would have looked like because we just hadn’t seen him play enough. This is likely how most of the remainder of his career is going to play out — unknowns, starts, stops, more starts and then repeat the entire thing. It’s tiring (most of all for him), but it’s also reality.

The last two years have been a sine wave of good and bad. Following his Masters win last year, he was bad and beaten down for the rest of the season. Then he was great in the fall, winning for the 82nd time at the Zozo Championship in Japan where Gary Woodland — who played with Woods — said, “The ball-striking exhibition I’ve seen the last two days is a joke.” He owned the Presidents Cup in December at Royal Melbourne. It was an absolute show.

Following all of that, he played fine at the Farmers Insurance Open in January, notching a top 10, but then was lousy at the Genesis Invitational before taking some time off to heal up and rest the body and mind ahead of the Masters.

While Sunday’s match will be meaningless from a competition standpoint (other than to raise money to help fight the coronavirus), it also represents the only harbinger we have for Woods going into what will be a chaotic summer and fall in which he will likely play eight or more times — which is a big number for him, even with the long layoff.

Whether he scores poorly or scores well against Mickelson and the quarterback duo at Medalist should not be a reflection of whether he’s going to grab win No. 83 in 2020. However, the way he looks could be. Will his swing or body be stuck like they looked at times at the end of the 2018-19 season? Will we get the fluidity and calmness in his swing that we got at the 2019 Masters? Ignore the numbers on Sunday, watch the body language. It’s the tell.

The dirty little secret of this pause in professional golf is that it has inadvertently set up a 15-month run of massive tournaments that could make a career. Tiger’s career has long been made, but seven major opportunities in 12 months (from August 2020 to August 2021) sounds exactly like the kind of unforeseen recipe for blowing past 15 major wins and taking aim for Jack Nicklaus’ magic number of 18 that Woods needed to have a real shot at the history he craves.

It probably won’t play out like that, and we won’t know for sure for another year after the dust has settled on these seven majors, but Sunday’s match could go a long way in telling us whether Tiger Woods (and his body) is ready to take on the unique and grueling challenge that lies ahead of him beginning at the PGA Championship in August.