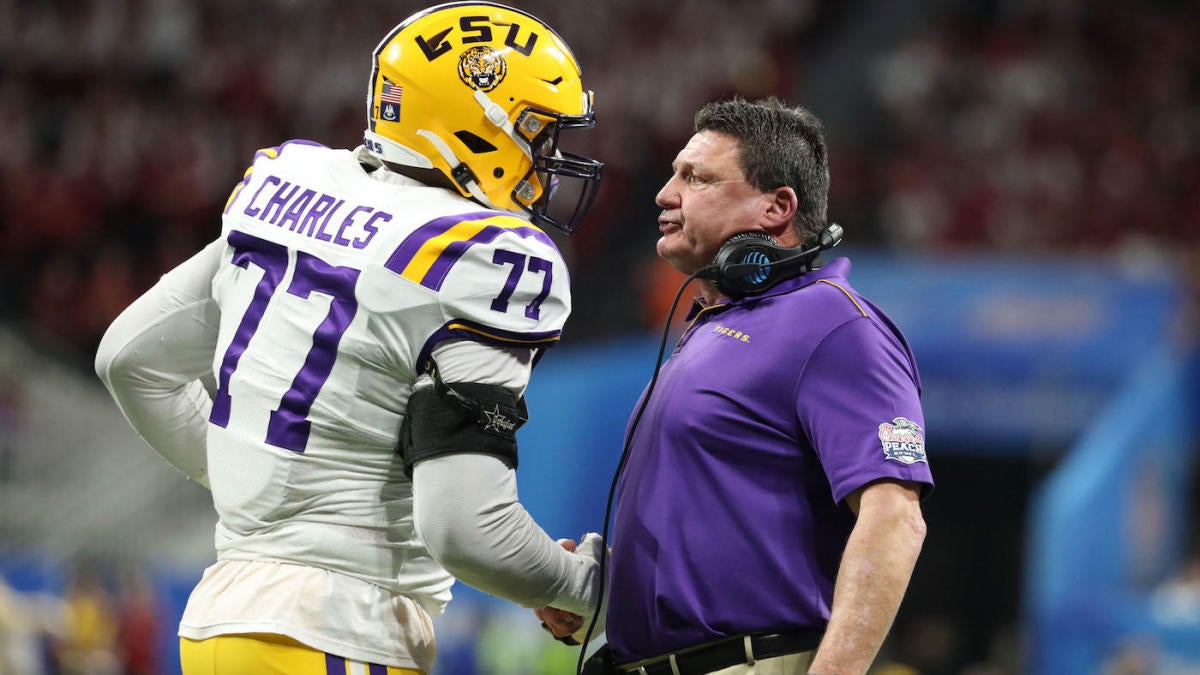 Ron Rivera and the Washington Redskins had several needs they wanted to address during the 2020 NFL Draft, but one important issue was the offensive line. Former starting offensive guard Ereck Flowers left for the Miami Dolphins in free agency and it was apparent that star left tackle Trent Williams was done with the franchise. The Redskins ended up drafting two linemen to replace those players, including offensive tackle Saahdiq Charles out of LSU.

Charles is a player that may not come in and start at left tackle immediately, but the hope is that he will evolve into Dwayne Haskins‘ longtime blindside blocker. Some teams were hesitant to draft Charles because of some off-field issues he ran into at LSU. He was suspended for multiple games during last season for what was reported to be several failed drug tests, and others had questions about both his maturity and accountability.

“I made mistakes at school … dumb mistakes,” Charles said after the NFL draft, via John Keim of ESPN. “I learned from my mistakes and improved … at LSU. I was truthful with the organization.”

One key individual who was in Charles’ corner was LSU head coach Ed Orgeron, whom coach Rivera spoke with before taking Charles in the fourth round of the draft.

“I told Ron, ‘I have no problem with Saahdiq, he came in on a daily basis,'” Orgeron said during a radio appearance on “Off the bench.” “‘He’s a great young man, never gave me problems as far as football-wise and work ethic.'”

According to the Redskins’ official website, Rivera didn’t call Orgeron for his advice just because he was Charles’ head coach, but because he had a legitimate personal relationship with the player who served as Joe Burrow’s blindside blocker during LSU’s undefeated season. Orgeron has known Charles since he was a 16-year-old prospect, and the two developed a strong relationship during the three years they spent together in Baton Rouge.

“He always tells me, ‘I love you like one of my sons,'” Charles told local reporters last week. “I love him, too.”

“Me and Coach O have a great relationship. He knows a lot about me. He knows exactly who I am.”

Rivera was impressed with Orgeron’s assessment of Charles and ultimately sold him on the idea of selecting him.

“He was very positive about how the young man came in and the way he was contrite about the mistake he had made, about doing things the right way and trying to learn,” Rivera said.

CBS Sports ranked Charles the No. 157 prospect in this class, but there’s no doubt that he has potential with his 6-foot-4, 321-pound frame. If he decided to stay for his senior season at LSU, Orgeron believes he could have ended up being a first- or second-round pick.

While Charles has the versatility to play at either tackle position or even at guard, the Redskins will at least give him the opportunity to battle with Geron Christian and free-agent addition Cornelius Lucas for a chance to take over for Williams on the left side.