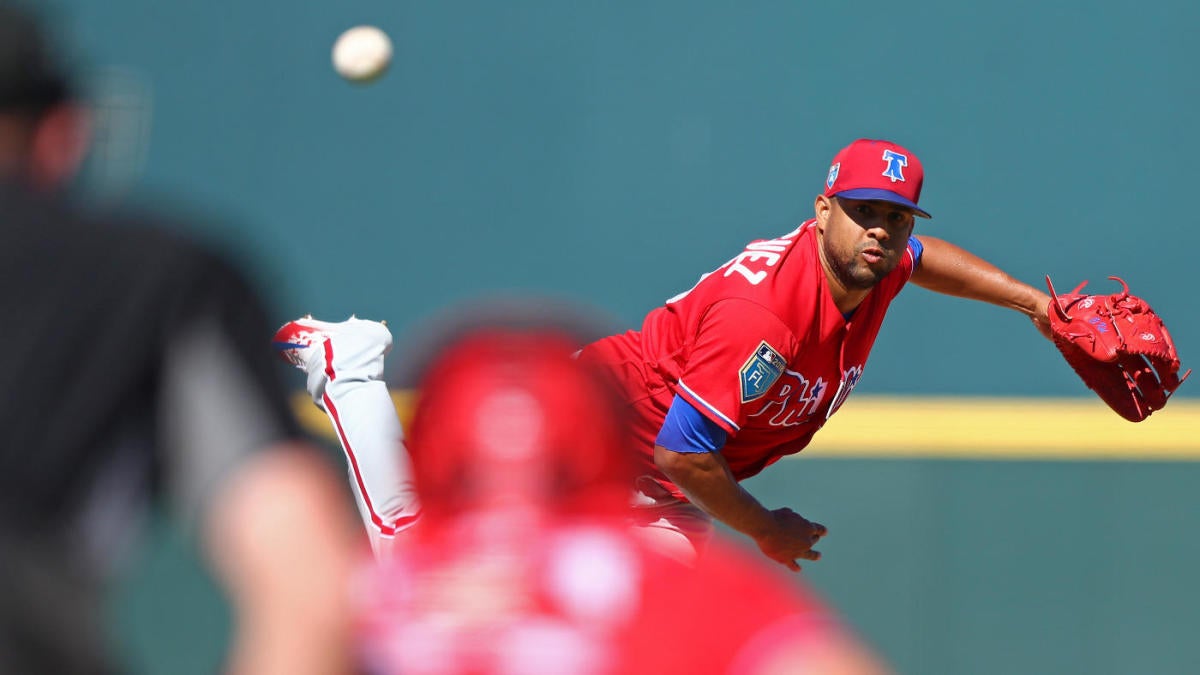 Bartolo Colon is not the only veteran hoping to make a big league comeback this season. All-Star closer Francisco Rodriguez, who turned 38 in January and last pitched in MLB in 2017, told Venezuelan journalist Guillermo Arcay he hopes to return to the big leagues. The interview can be heard here and here.
Rodriguez struggled during a 28-game cameo with the Tigers in 2017, pitching to a 7.82 ERA in 25 1/3 innings. Opponents hit .292/.364/.642 against him that season before he was released in June. He spent the rest of the season in the minors with the Nationals, and failed to make the Phillies in spring training 2018.

“Many say it’s impossible. Impossible was a child leaving the Barrio Kennedy (in Caracas, Venezuela) and succeeding abroad. If you had asked me 25 years ago if I was going to be one of the best five closers in the big leagues, I would have told you that it was impossible.”
K-Rod does have one thing going for him this year: 50-man rosters. MLB’s restart proposal includes a 30-man active roster and a 20-man taxi squad to help teams get through the 2020 season once baseball returns. There’s unlikely to be a minor league season this year, and the taxi squad will help keep injury replacements and call-up candidates ready to play.

“As long as I have that conviction, as long as I have that flame, I’m going to keep trying. And I know that I’m going to do it,” Rodriguez said. “But you must remember that I’ve been out a long time. I have a name, some numbers and a pedigree, but that doesn’t assure me anything. I have to show that I am healthy and able to help a team.”
El Emergente’s Ignacio Serrano provided Evan Woodbury of MLive.com with a partial transcript of K-Rod’s comments: Any team looking to add pitching between now and Opening Day could bring in Rodriguez as a non-roster player, see how he looks in spring training, then stash him on their taxi squad should he impress. It’s a low risk move. K-Rod has won a World Series and made a fortune in this game. There would be no shame in calling it a career, but he’s still willing to grind it out.
“That is the goal,” he said. “In spite of the fact that I’m seen as being advanced in age, that is the goal. The injuries and the ups and downs have slowed me down. But I have the conviction, the hunger and I am completely sure I can accomplish it.
After being cut loose by Philadelphia, Rodriguez spent 2018 with the independent Long Island Ducks, and pitched to a 2.76 ERA in 42 1/3 innings. He struck out 42 and walked 22. K-Rod allowed four runs in 8 1/3 innings with the Acereros de Monclova of the Mexican League last season. You have to go back to 2016 for the last time Rodriguez was an effective MLB pitcher.