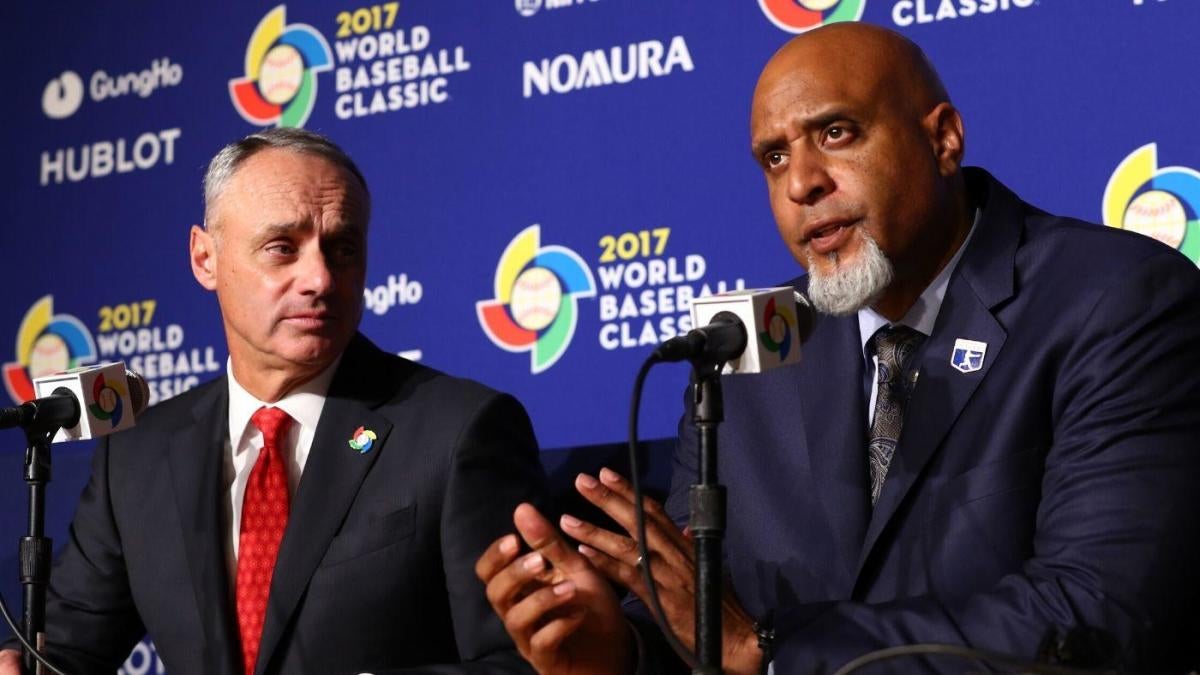 That unique risk may furthermore explain why players are put off by the owners’ insistence that they give back more after, to repeat, years and years of profit and capital gain.
Players are objecting to the revenue-splitting scheme put forth by owners, and as you’re about to see they have entirely sound reasons for doing so. Whether or not we have a 2020 MLB season largely hinges on the state of the COVID-19 pandemic, but next in line is that owners and players must come to terms on a one-off working agreement for that season. To hear to the more common narrative tell it, the hold-up is that the players haven’t yet accepted this entirely fair offer. However, one could more plausibly argue that the state of uncertainty is owing to the owners — largely a population of billionaires — and their refusal to make a good-faith opening offer to the players.
As the MLBPA continues to work on a counter-proposal, MLB fired another salvo on Saturday when it leaked to the Associated Press a document that claims teams will lose 0,000 per game in a 2020 season played without fans in attendance unless players agree to take another financial haircut. MLB teams, however, are almost without exception not publicly traded entities, and that means they’re under no obligation to truthfully disclose revenues, profits, losses, and so on. Not surprisingly, MLB owners have a long history of perfidy when it comes to financial matters. In this particular instance, there’s cause to strongly doubt their claims of likely losses in 2020, as Joe Sheehan has persuasively argued on Twitter. Rob Mains of Baseball Prospectus further eviscerated the claims laid out in the leaked document. The whole thing is worth your while, and here’s the fitting coda:

The MLBPA of course employs forensic accountants and can dig into those claims on their own. The fact that the document was leaked, however, indeed suggests that part of the motivation is turning public opinion against the players via use of the targeted falsehood. That will likely “work,” to the extent that making your own product look bad is a sensible goal for a business.
For the 2020 season, however, another form of risk is involved, and that’s the very obvious risk of contracting COVID-19. The players will bear that weight, along with umpires, coaches, managers, trainers, and various and sundry support staff. The endless and almost tragicomic extremes to which the league is poised to go to maintain social distancing even during games speaks to that risk. MLB players are young and presumably healthy, but we already know that relatively common conditions like diabetes and asthma can make people more prone to serious complications once infected with the novel coronavirus. It’s the players and other game-day workers, not the owners, who are taking those risks, and it’s fair to want to be compensated for an occupational hazard that goes far beyond being nailed by a pitch or blowing out an elbow.

It sounds reasonable, doesn’t it? MLB owners have proposed a 50-50 revenue split with players for the 2020 season, which will be shortened significantly and likely won’t have any paying customers in the stands. So why not have the players, largely a population of millionaires, take some of the hit?  Beyond that, it’s curious in the extreme that owners want to advance a revenue split during these lean times. MLB has been wildly profitable for years upon years, and as a result players have seen their share of revenues shrink. During the pre-2020 boom period, did MLB offer to supplement market-driven player contracts with those increased profits? Of course not. But now that those profits may temporarily dip owners want someone else to scurry to their rescue. This is what super-agent Scott Boras meant when he said, “You don’t privatize the gains and socialize the losses.” He’s right about that.
Lawyers for respective sides will of course arrive at interpretations that benefit their employers, and the players’ side can credibly argue that the owners are attempting to revisit an issue that’s already been settled.

Note the use of italics just above. When MLB proposes splitting revenues, the league certainly doesn’t mean all revenues related to the game. MLB has realized a tremendous windfall in recent years from the sale of BAMTech to Disney, and the players were locked out of those gains. There’s also a growing trend of teams getting equity stakes in regional sports networks in lieu of market-rate rights fees, and that’s another way that teams can in essence “hide” revenues not only from players but also from other teams. What about real estate development surrounding the often publicly funded ballparks? All of these sources of revenue originate with the game on the field, provided you trace the line far enough, but they’re likely not part of the “game day” revenues that MLB is willing to share. (Craig Goldstein recently undertook an excellent overview of these issues over at Baseball Prospectus.)

Choose your fighter.
“The reason these nitpicks are important: they portray MLB as sloppy, ignorant, and/or deceptive. It doesn’t matter which one. MLB is a private company and is not subject to the same reporting requirements as the companies that I followed. But how comfortable would you be negotiating with a party that makes representations like these? When it claims that it made one-sixth the income in 2019 that a reputable third party has reported?

The larger point is that when MLB purports to be willing to share revenues equally, it’s not really accurate. Owners are willing to share equally certain revenues that they’ve determined relate most directly to the game on the field while continuing to hoard the substantial-and-growing remainder. A rational response to this would be along the lines of: “You want to share revenues? Then by all means let’s have a conversation about about current revenues.”

Very likely, an agreement will be reached that involves compromise on both sides. The owners’ initial offer, however, cannot be regarded as a terribly serious one, and should the players reject it they’ll do so with proper standing.
Think about it from the players’ perspective. If you agree to a revenue-split system for 2020, then you have one of two options for beyond 2020:

Here are five reasons why that’s the case.

5. The players are taking the risk

We’re accustomed to associating risk with business owners — i.e., the risk of failure. In the case of MLB, however, there’s precious little risk on the capital side because of the antitrust exemption, the heavy reliance on tax subsidies (for new ballparks and related infrastructure costs), and the absurd rates of appreciation for franchises that flow from these advantages. MLB owners have come to expect profit without risk, which explains their entitled behavior in affairs such as this one.
As is the case in a number of other leagues, a compensation system tied to league revenues begets a salary cap. The notion of a salary cap has long been coveted by MLB owners, but for just as long it’s been anathema to the players. Owners advocate a salary cap publicly as a means to improve competitive balance even though there’s no evidence of a relationship between the two. Precedent matters in labor negotiations, which are fluid and ever-evolving by nature. Once you give away something, it’s very difficult to claw it back. Should the players agree to a revenue-based compensation system, it would be the crossing of a labor Rubicon and an abandonment of one of the union’s animating principles.
You can get away with this sort of thing if you’re doing PR. It’s unacceptable in a negotiating document. The presentation that AP reported is full of omissions and misinformation. It’d be rejected by the professional investors I knew. Presumably, the MLBPA will have the same reaction.”
Back in late March, players agreed to prorate their salaries for the 2020 season based on the number of games played. Given that we’re probably looking at something like an 82-game regular season slate, that’s going to be a significant reduction in labor costs for MLB teams (on top of the money they’ve already saved from whittling down the draft to five rounds). From the player standpoint, this ends the matter. They’ve already negotiated the issue of player compensation for 2020, and they made a notable concession — i.e., reducing their guaranteed salaries to reflect the length of the season. While according to the Associated Press that March agreement is “contingent on playing in front of fans at regular-season ballparks,” that’s not an unanimous interpretation. Jeff Passan of ESPN recently reported that the agreement “contains a Player Compensation and Benefit section that does not specifically address a reduction in salary if games are played in front of no fans.”