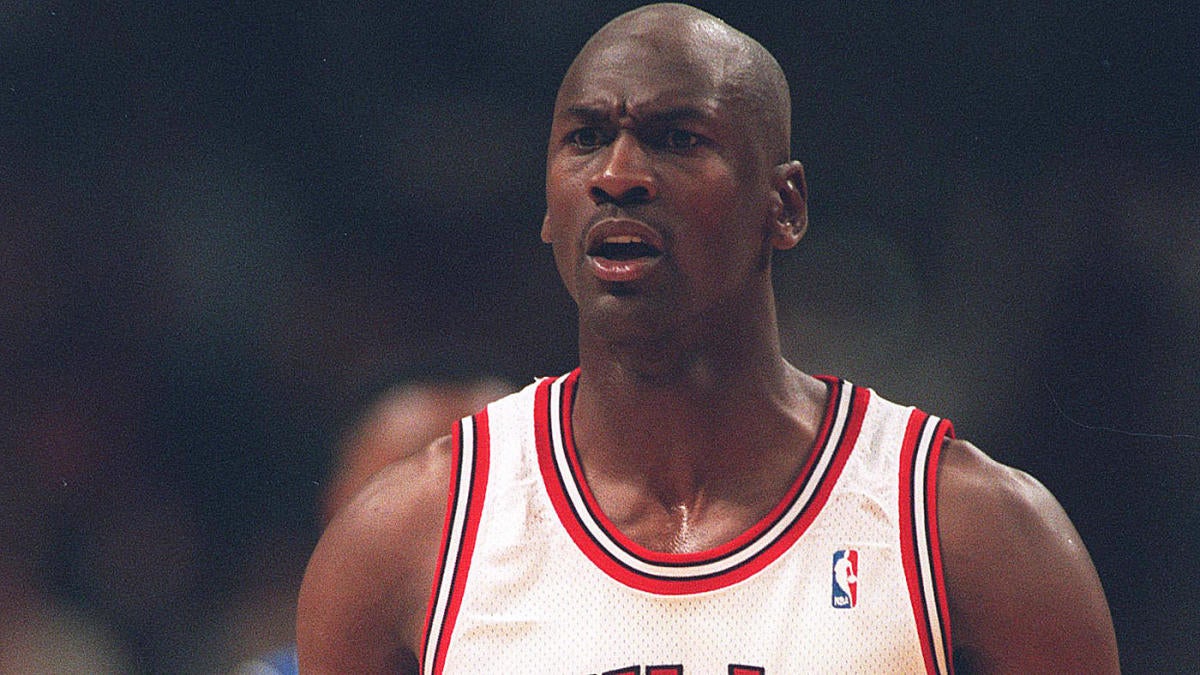 To say Michael Jordan was a spiteful athlete would be an understatement. You could argue he was a flat-out madman and not be all that out of line. The man was not above completely making stuff up to create a little extra motivation to bury some poor sap on the receiving end of his madness.

Indeed, one of the major themes of “The Last Dance” — the 10-part ESPN/Netflix series chronicling the 1997-98 Chicago Bulls — has been M.J. the competitive crazy man taking, often, the most innocent of “slights” and turning them into jet fuel.

It is complete nonsense that these bones Jordan picked with his opponents were proportionally responsible for his dominance, as the series almost attempts to portray, but you can’t really spend 10 hours telling the boring truth —  that Jordan destroyed his peers not because he had something against them, but because he was immeasurably better than them.

So the slights have taken center stage, and they’ve certainly made for some hilariously enlightening content. Here are my five favorites from the series so far.

The story of Smith — a regular NBA nobody (he played just three seasons for the all-but-invisible Bullets and Kings and averaged six points for his career) — having the game of his life on March 19, 1993, dropping 37 points on the Bulls and in doing so drawing the ire of Jordan, has become legendary in this series.

As the story is told, Smith went up to Jordan after the game, put his arm around him and said: “Nice game, Mike.” Jordan, of course, took offense to this, and it just so happened the Bulls were playing the Bullets again the very next night in Washington.

“He said [on the plane], tomorrow, in the first half, I’m going to have what this kid had in the game,” B.J. Armstrong recalls. “I’ve never seen a man go after another player the way he did.”

So Jordan scores 36 in the first half, humiliates the kid, points at him, the Bulls win, and that’s that.

Fast forward more than a decade later, and a rumor has surfaced that Smith never did this, that he never put his arm around M.J. or even said anything to him. Jordan gets asked about it. Did this really happen? And he admits that it didn’t, that he made the whole thing up just to light some deranged fire inside his twisted head to go out and kill this poor kid. Absolutely amazing. The depths to which this man would go to work himself into an assassin’s lather is outright comical.

This one is famous, and perhaps more justified on Jordan’s part. Everyone knows the story by now, Thomas and his Detroit Pistons teammates, having just been swept by Chicago, walking off the floor before the final buzzer had even sounded on the 1991 Eastern Conference finals.

Isiah maintains this is how it went back then. You lost, you left the court. No hand-shaking. Jordan disagrees, and he has evidence of him shaking each of the Pistons’ hands after losing the previous two conference finals to support him. Jordan says in the doc that he still carries hate for Thomas and the Pistons to this day, and the legend that this postgame (or almost postgame) incident factored into Thomas’ being left of the Dream Team at Jordan’s behest continues to persist.

It’s the night before Game 1 of the 1996 NBA Finals, and Michael Jordan is out to dinner with Ahmad Rashad. It just so happens that George Karl — who, of course, coaches the Seattle Supersonics, Chicago’s opponent in the series — is at the same restaurant.

Jordan and Karl know each other well. They’re both North Carolina guys. They play golf together. But this is the Finals, and Karl decides to ignore Jordan, who is so steamed that Karl walks past his table without saying hello that he deems the series, right then and there, “personal” between him and Karl.

Forget winning a fourth championship to cap a 72-win season being your motivation. This man didn’t say hello to me. It’s kill time. It begs the question: Did Jordan say hello to Karl? Of course these slights only go one way.

Laying the Thunder on Dan

Jordan’s 1993 Finals line was absurd: 41 points, 8.5 rebounds, 6.3 assists and 1.7 steals per game on 51 percent shooting. He said during the documentary that Charles Barkley being named the MVP that season — an award he rightfully thought he deserved — gave him a little extra fuel, but his beef with Dan Majerle, who was assigned to guard Jordan, was even more spiteful.

“I knew that Jerry Krause loved Dan Majerle,” Jordan said in the doc. “And just because Krause liked him was enough for me. ‘You think he’s a great defensive player?’ OK, fine. I’m gonna show you that he’s not.”

Poor Dan Majerle didn’t do anything except earn the respect of a rival executive by playing All-Star-level basketball. And Jordan turned it against him.

This one has been completely blown out of proportion. As it goes, Armstrong, a former Jordan teammate in Chicago, had himself a little moment during Charlotte’s second-round playoff matchup with the Bulls in 1998. The Hornets were up three in the closing seconds of Game 2, Armstrong had the ball at the top and Jordan was guarding him.

After picking Jordan off on a couple ball screens, Armstrong comes free around the right side and knocks down a mid-range jumper to seal the game, and being that, you know, B.J. isn’t exactly used to hitting shots like that, no less vs. Michael Jordan, he lets out some emotion and screams and high-fives and talks a little trash.

“I felt like B.J. should know better,” Jordan says in Episode 8. “If you’re going to high-five and talk trash, now I have a bone to pick with you. I’m supposed to kill this guy. I’m supposed to dominate this guy. And from that point, I did.”

Jordan had 27, 31 and 33 points in the next three games as Chicago closed out Charlotte in five, but really, did Jordan need B.J. Armstrong to show some emotion to find the motivation to score 27 points in the next game? Jordan scored 27 points in his sleep. I just don’t put much stock in this one, and I think Armstrong got a little too much screen time.