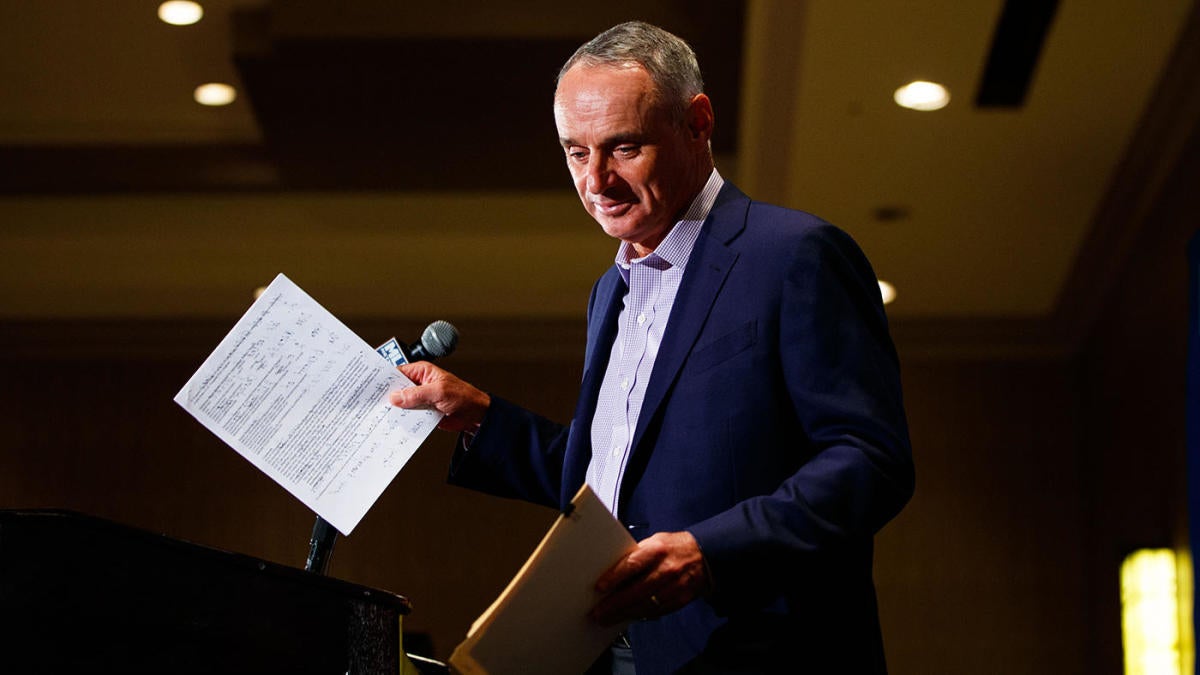 Again, there are more, and finer details, available in The Athletic’s piece. But the above should provide some perspective on what a baseball season could look like this year, if one takes place.
Whereas players are allowed to stay at their own houses in their home market, on the road the league encourages players to isolate at their hotel. It’s worth noting that the distinction suggests the league intends to play games in each market, as opposed to in a hub setting. Otherwise, nearly all players would be in a road-market setting throughout the season.

1. Regular testing of players and other uniform personnel

Major League Baseball and the Players Association are expected to continue talks this week about a potential abbreviated season in response to the spread of the novel coronavirus (COVID-19). The major sticking points are believed to concern player and essential personnel safety, as well as revenue sharing. On the subject of the former, The Athletic published on Saturday details from the 67-page memo MLB sent to the union outlining the league’s proposed safety and testing protocols.

Teams will be limited to 50 players per squad, with the recommendation being that workouts and reporting dates are staggered to prevent overcrowding. The document even suggests that teams could split their workouts into groups at other facilities. Games that take place in Florida and Arizona, meanwhile, will begin between 7 p.m. and 9 p.m. local time to avoid heat-related concerns.

The proposal encourages teams to have lockers at least six feet apart in their clubhouses, even if that means they have to expand their clubhouses to other unused areas within the stadium. Communal water coolers and the like, meanwhile, are to be prohibited. In-stadium showering is also expected to be discouraged.

While we encourage everyone to click through and the piece in its entirety, we did want to highlight a few of the proposal’s more notable guidelines — and bear in mind, the document covers a wide range of topics, including testing, spring training, facility, on-field operation, and travel aspects.

5. Players will be isolated on road

Testing is, predictably, a big part of the memo. The league proposes “regular” testing of players, managers, coaches, and umpires, as well as a “limited number” of other staff who come into contact with the players. It’s not clear what “regular” means, although the proposal does include other daily measures, including temperature checks using club-issued thermometers.

Although the exchanging of lineup cards is a pregame fixture, it won’t be taking place this season. Rather, the lineups will be entered using an app, thereby preventing germs from being spread. (Spitting, another baseball fixture, is also prohibited.)