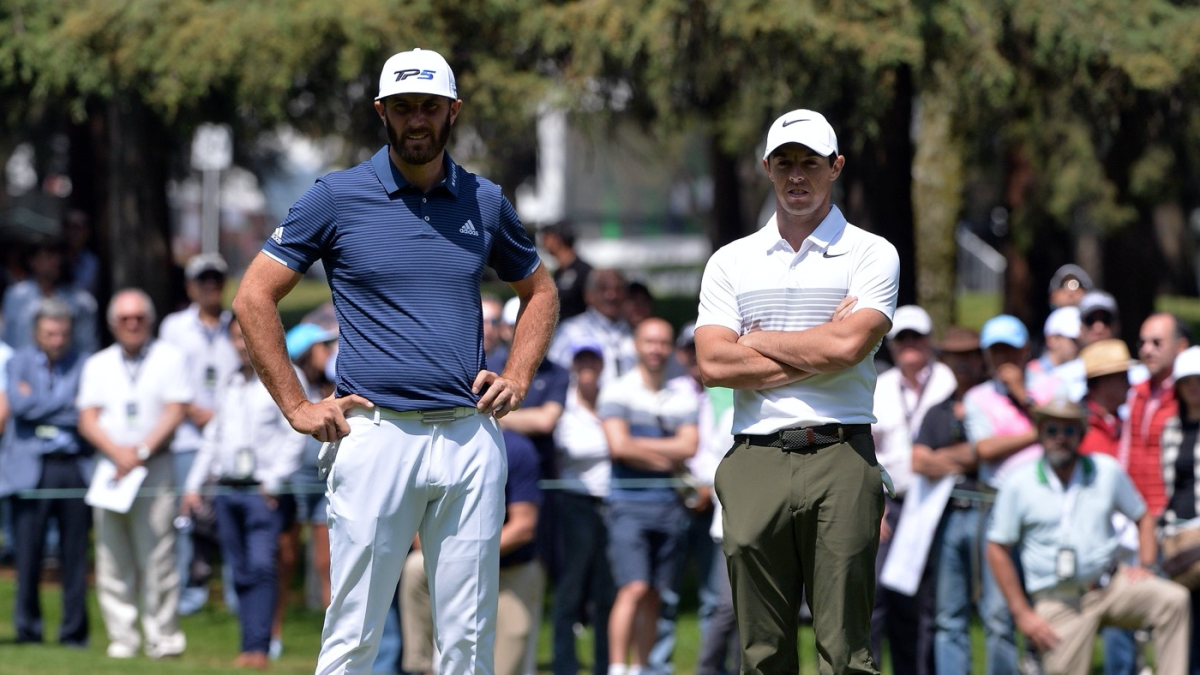 This Sunday marks the return of professional golf after a two-month absence amid the coronavirus pandemic. Though the TaylorMade Driving Relief skins match is a charity exhibition that will raise money for the American Nurses Foundation and the CDC Foundation and not exactly a professional event, I’m still counting it given the personnel involved.

Rory McIlroy and Dustin Johnson will team up to face the Oklahoma State duo of Rickie Fowler and Matthew Wolff, and all of it will go down at historic Seminole Golf Club. Let’s preview what to expect this weekend at Seminole Golf Club.

Skins matches work like this. Everybody plays their own ball, and the best score wins. If all four players go out on the first hole, and Fowler makes birdie while the other three make par, Fowler’s team grabs $50,000. If everyone makes par, the skin rolls over and the second hole is worth $100,000 instead of just $50,000. What this means is that, theoretically, your team could win just one hole and win the entire match. That’s unlikely but still possible.

American Nurses Foundation: Rory McIlroy (World No. 1) and Dustin Johnson (No. 5)
CDC Foundation: Rickie Fowler (No. 27) and Matthew Wolff (No. 110)

McIlroy is ranked No. 1 in the world and has been more or less the best golfer on the planet for the last few years. He led the PGA Tour in strokes gained last season (by a wide margin) and was second going into the Players Championship in March when everything was put on hold. He and Johnson were apparently going to play together at the Zurich Classic — a team event on the PGA Tour — until it was canceled because of the pandemic. They were always going to be the favorites here even though Johnson has been up and down since finishing second at last year’s PGA Championship.

Fowler’s ranking has slipped a little of late as he has just two top 10s worldwide since finishing T6 at last year’s Open Championship. Still, we have years of evidence about the player he is (a good one). Wolff will be the wild card. Following his win at last year’s 3M Open, he’s been a little hit and miss. The talent is there, though, and he might surprise a few people with how he plays on Sunday.

When you talk to people deep inside the game, Seminole is almost exclusively talked about in hushed and reverential tones. It’s an absolute classic that is set to host next year’s Walker Cup. This recent reveal by on Golfweek summed it up quite well.

Seminole is admirable and worthy of study because Donald Ross, helped by several other architects since 1929, offers for us today a course in the swamps of Florida very much like St. Andrews and the National in that: 1) it is remarkably easy for a group of average golfers to get around quickly, while 2) being remarkably difficult for an expert in that same group to get the ball into the hole quickly. That is the holy grail in golf design, and Seminole achieves it. Few others do, though many more should.

It’s going to be awesome on television and create some great competition from some of the best in the world. One part that will be fascinating as it relates to the course is how players socially distance themselves from one another. This has less to do with Seminole, but it’s going to be strange to watch players play without caddies and keep themselves (theoretically) 6 feet apart from each other (especially on the tee box). I presume this will be one of the primary talking points early on in the match.

I’m officially riding with my Oklahoma State guys in Fowler and Wolff. Like I noted above, when you play skins you’re artificially enhancing the chances the less-talented team has of winning. Fowler and Wolff are certainly the less-talented team, but all it takes is a few stretches of tied holes followed by one of them getting mega-hot, which both are wont to do. Fowler consistently ranks in the top 25 on the PGA Tour in terms of birdie percentage (I’m willfully ignoring that McIlroy and Johnson do as well) and big mistakes won’t be costly in this format.

Regardless, the big win is that we get live golf on television. Golf isn’t back — not yet anyway — and the country certainly is not either. But this is one baby step in a series of a hundred (or a thousand) of them as we try and grapple with what a post-coronavirus world is going to look like in sports and in the world as a whole.

Who will win the TaylorMade Driving Relief skins event, and what critical X-factor will determine the winner? Visit SportsLine to see Sal Johnson’s full pick and analysis, all from the insider who nailed the Tour Championship and knows what it takes to win in Florida.