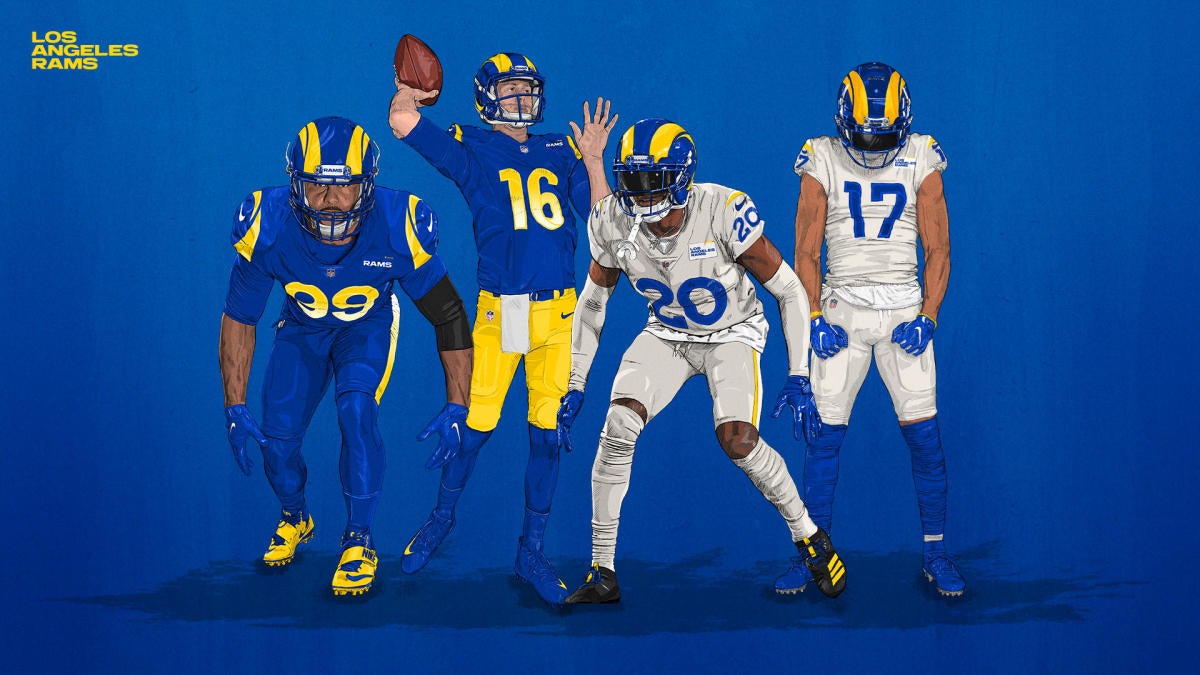 It was nearly two years ago when the Rams officially announced that they would be getting new uniforms, and after making their fans wait for nearly 24 months, the Rams finally unveiled their new look on Wednesday.

With the announcement, the Rams became the seventh (and final) NFL team to unveil a new uniform for the 2020 season. This is actually the second major announcement that the Rams have made this offseason. Back in March, the team unveiled new logos, although they probably wish they hadn’t unveiled them, because everyone on the internet seemed to hate them. However, the logos actually look much better when combined with the new uniforms as you’ll see below.

So what do the new uniforms look like? Glad you asked.

Let’s start with the helmet. Although fans hated the Rams new logo, they’re probably going to like how it looks on the team’s flashy new helmet.

If you’re trying to duplicate that color at home, it’s officially known as Rams Royal, while the yellow is known as “sol.”

The home blue jerseys feature a gradient number that is gold at the top and white at the bottom. The Rams will also have the option to wear blue pants with their blue jersey and here’s that looks like, courtesy of Jalen Ramsey.

The Rams also unveiled a new all-white look. The totally white uniform will be paired with either blue socks or white socks, depending on how the team is feeling that day.

Here’s a look at all four uniforms in one photo.

This is the first time the Rams have made any major changes to their uniforms in five years and the first time in 17 years that the team has undergone a dramatic overhaul of its uniforms. The last time the Rams unveiled a new uniform came in 2015 during the first year of the NFL‘s Color Rush campaign. The all-gold look that was unveiled then doesn’t look like it’s going to be a part of the team’s uniform options going forward.

The new makeover also marks the first time since 2000 that the Rams have undergone a major uniform change.

The Rams are the seventh NFL team this offseason to change their uniform, joining the Buccaneers, Falcons, Colts, Browns, Patriots and Chargers. If you’re wondering who has the best new look, we have you covered. We ranked the six previous uniform changes and you can check that out by clicking here.