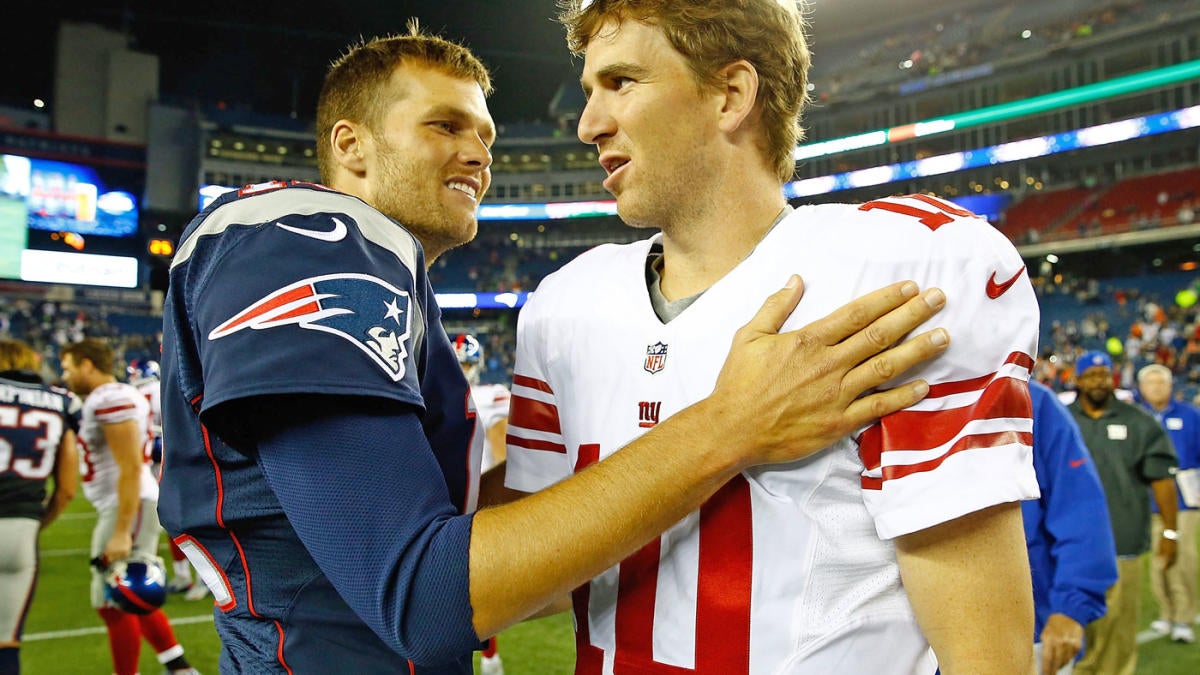 Tampa Bay Buccaneers quarterback Tom Brady and retired QB Peyton Manning have faced off many times in their career, usually in a big game situation. In their 17 times going head-to-head, Brady beat Manning a lot, going 11-6. Clearly, Brady is used to shutting down the future Hall of Famer on the field, but even with so many big victories, he never got tired of defeating No. 18.

The two will face off once again on May 24 for “The Match: Champions for Charity,” but this time they will be on the golf course instead of the football field. Ahead of the event, which will also feature Tiger Woods and Phil Mickelson, Brady was asked if he ever got sick of beating his on-field rival. He had a perfectly reasonable answer.

“No, you kidding me? Eli’s the one that I’m actually happy I’m not playing,” Brady said on the Stupodity podcast.

Brady has a history of beating one of the Manning brothers… and Eli is not that brother. Brady lost two Super Bowls to Eli, one of which robbed TB12 and the Pats of a perfect season.

Despite an on-field rivalry that spanned nearly two decades, Brady and Peyton are off-field friends, and have hit the golf course together in the past. Peyton definitely has the upper hand when it comes to golf and since his retirement in 2016, has had some down time to hit the course. The charity event will be played in teams, with Woods and Peyton as the favorites.