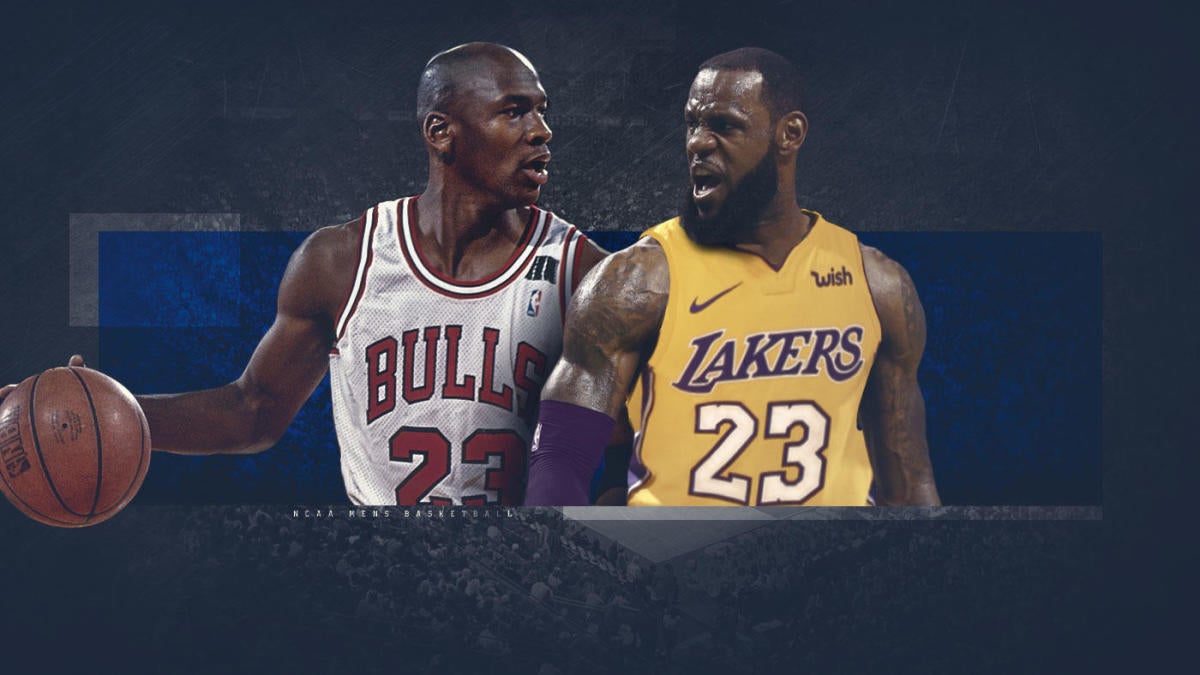 On Tuesday, as a staff, CBS Sports will release its list of the top 15 players in NBA history.

Inspired by “The Last Dance“, and by the time we’ve had stuck at home to think deeply about the things we love and miss — like basketball — we’ll do our best to take a long, legacy-fueled look at Michael Jordan, LeBron James, Magic Johnson, Shaquille O’Neal and Larry Bird. We’ll also examine current players like Kevin Durant and Stephen Curry and whether they even belong in that conversation, and the best of them in order from Nos. 1 to 15.

We’ll also offer up names of those players who, while not that high on the NBA‘s Mount Rushmore, are most likely to chisel their names there before their playing days come to a close.

Much of this is because of Jordan, and the natural re-evaluation and remembering that’s come with the documentary about him.

Let’s be frank here. Jordan had a clearly-intended goal in allowing the release of the documentary footage that has become “The Last Dance”. He hoped to remind the world how great he was, and in turn to keep his name above that of LeBron James in the all-time great conversation.

In many ways, at least for now, he has been successful. The reminder of Jordan’s absurd greatness has been presented at just the right time, when we are largely captive sports audiences craving something, anything, that feels new and fresh and reconnects us with that feeling again of being fans.

That’s part of the reason we’re doing the list now. The other is: Why not. Half of what makes sports great is arguing and obsessing about them, and this is a sure way to do that.

Remembering accurately the greatness of past NBA stars is one of several secondary effects of “The Last Dance” airing during a nationwide semi-quarantine. There’s been an increased and intense focus on not just Jordan’s legacy but on those of every person even tangentially connected to him. We have time to think on things now, even those far removed from the 1997-98 NBA season.

In fact, a series ostensibly about that season has churned up storylines, angst and debate on things far removed from that historic Bulls season. Jordan’s collegiate days at UNC (’81-84), Doug Collins’ time coaching Jordan (’86-89), Isiah Thomas and the Pistons rivalry with Chicago (’88-91), the Dream Team (1992), and so much more have featured prominently.

But ultimately, the documentary — which Jordan controls — is about brandishing his GOAT status. We have Charles Barkley calling him the best ever, we have stories of Magic and Bird at Olympics practice ceding to Jordan’s alpha-driven greatness, we have the Pistons falling and, episode after episode, Jordan and the Bulls rising. This is an incredible 10-part retrospective, sure, but it’s also a beautiful advertisement for Jordan’s continued place atop the game.

So we’re going to take the bait and reassess just where Jordan and all the other would-be GOATs sit relative to one another.

Though it’s not just “The Last Dance” that’s prompted our list.

So many other things in 2020 have also conspired to make legacy — that which matters, that which lasts and is remembered, and that which ultimately fades — gist for the mill of all those hours sitting around and thinking.

Kobe Bryant’s death. His and Tim Duncan’s entry into the Hall of Fame. The possibility of a lost NBA season and what it means for LeBron James’ closing window. The talk of the Warriors turning down a similar opportunity for a documentary, and the inevitable thoughts about Curry and Durant and their place in the game’s history.

Plus, all-time great lists are inherently interesting. Sports are about competition, and the absolute greats turn their eyes toward winning not just a season but a legacy that lasts well beyond it, and beyond themselves. Don’t let any athlete or media member when asked to place a player in historical context get away with offering some version of: “You can’t compare different eras of the game.” That’s just code for: “This is hard, I don’t want to offend anyone, and I’m not going to answer.”

Competitors compete. Against their contemporaries, sure, but also against those who have come before them and, eventually, those who will follow. That’s probably why, in a 20-year career doing this for a living, some of the most candid conversations I’ve had with athletes accustomed to being guarded happened when I asked them for some form of this list.

A few weeks ago, after Isiah Thomas was slammed by Michael Jordan in “The Last Dance”, I called up the former Piston great to get his reaction.

Eventually, I asked him to rank the best five players in NBA history based on the guys he faced and influenced by what he saw firsthand. His answer made some news:

His list struck a nerve. And not just because Isiah put Jordan all the way down to No. 4. While that was what most people focused on, it was his placement of Bird over Magic that reminded me of a similar conversation with LeBron James when he was still a member of the Miami Heat.

During a 30-minute sitdown TV interview with LeBron in 2014, I asked him to name the three best players of all time. His eyes lit up.

I remember thinking the same thing then that I thought when Isiah said it years later: Bird ahead of Magic!

“That is tough,” I said. ” Because you just got into that Larry Bird-Magic Johnson thing, which is tough, too.”

It’s tough to be put on the spot like that. But we’re going to do it to ourselves Tuesday.

Why a list of 15 players? Because a top 10 leaves out too many great, while a top 15 is still rarified-enough company to feel exclusive. Since Jordan retired for good, LeBron, Shaq, Duncan and Kobe have made cases for their own places on any list. The same could be argued for Curry and Durant. Any player currently playing will be judged on what he’s done so far, regardless of what we think he will do in the years ahead.

From there, we’ll get into Jordan vs. LeBron, Magic or Bird, Shaq vs. Wilt, the Kobe or Duncan argument, and whether any current player other than LeBron makes the cut.

LeBron was right. It is tough. It’s also a perfect time to lean back, think long and hard, and in this sports downtime re-evaluate the NBA’s all-time great list.