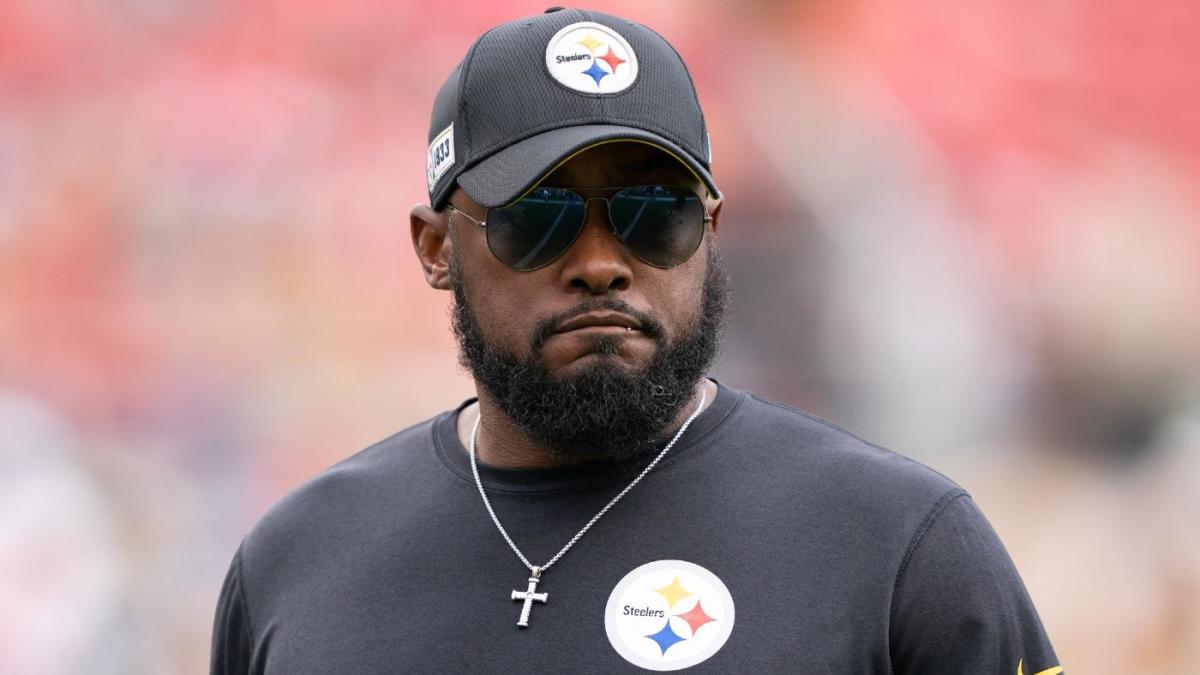 Mike Tomlin has no qualms about the Pittsburgh Steelers‘ 2020 schedule, something the longtime head coach made clear during an interview with NFL Network’s Steve Wyche. Tomlin does feel strongly, however, about how the NFL should operate as it relates to re-opening facilities. While NFL teams continue to work at home, several governors have begun re-opening parts of their state as the nation continues to navigate through the coronavirus pandemic. The Steelers recently started their rookie virtual minicamp, with Tomlin and the rest of Pittsburgh’s coaching staff communicating with their new players over Zoom.

“I’d imagine that it’s coming,” Tomlin said when asked when he thinks facilities will re-open, thus allowing coaching staffs to begin working with players in-person, via Mark Kaboly of The Athletic. “When it’s coming, I do not know. There are a couple of things we’re committed to adhering to, and that’s the global approach of the National Football League in regards to football ops and how important competitive fairness is in our game. We’ve all got to get started on the same footing in that regard, and then also respecting our local government and the guidelines of which they prescribe individually in terms of workplace safety. Those are the two key components for us. We’re in a wait-and-see mindset, and we’re going to be ready to go when both boxes are checked. Until that time, we’re going to focus our energies on what is available to us and take advantage of that.”

Tomlin, a longtime member of the league’s Competition Committee, again pointed to competitive fairness when asked if he believes that certain teams should be permitted to return to their facilities before other teams if they are given the clearance to do so.

“I subscribe to the approach of competitive fairness in our game, and that is everyone gets an opportunity,” Tomlin said. “Our game is extremely competitive. It is one of the things that makes football at this level so attractive to our fans. I am committed to preserving and protecting that. And so all teams getting an opportunity to start on the same footing is an important element of that.”

While this offseason has presented unique challenges to NFL teams, each team has been dealt the same hand. Every NFL team conducted their draft remotely while conducting virtual meetings with prospects in the weeks leading up to the draft. While it wasn’t an ideal situation, no NFL team received unfair advantages. That would not be the case if certain teams went back to their facilities before other teams.

The issue is, what should the NFL do if all but one or two teams are not permitted to re-enter their facilities under the guidelines of their state? Should 30 or 31 teams stay home because one or two teams reside in states that have not raised certain stay-at-home restrictions? This could become an issue sooner rather than later, as the NBA recently allowed teams to reopen team facilities for player workouts.

Tomlin, who is coming off one of his most impressive coaching jobs in 2019, explained the current challenges as it relates to trying to communicate with his rookies. It’s clear, based on Tomlin’s answer, the significant advantages certain teams would have if they are able to have face-to-face meetings with their players before other teams.

“The evaluation of their ability to absorb information, their retention of the information, is probably the most significant difference from working in this setting,” Tomlin said, via ESPN’s Brooke Pryor. “It’s much more difficult to get the feedback, to get a feel if somebody is receiving the information when you’re working remotely than it is when you’re dealing with somebody in an intimate space. It’s not about the material or the amount of material that we can give; it’s about the tools of evaluating what they learn, how they learn and reinforcing what we give them is the most challenging element of the circumstances.”