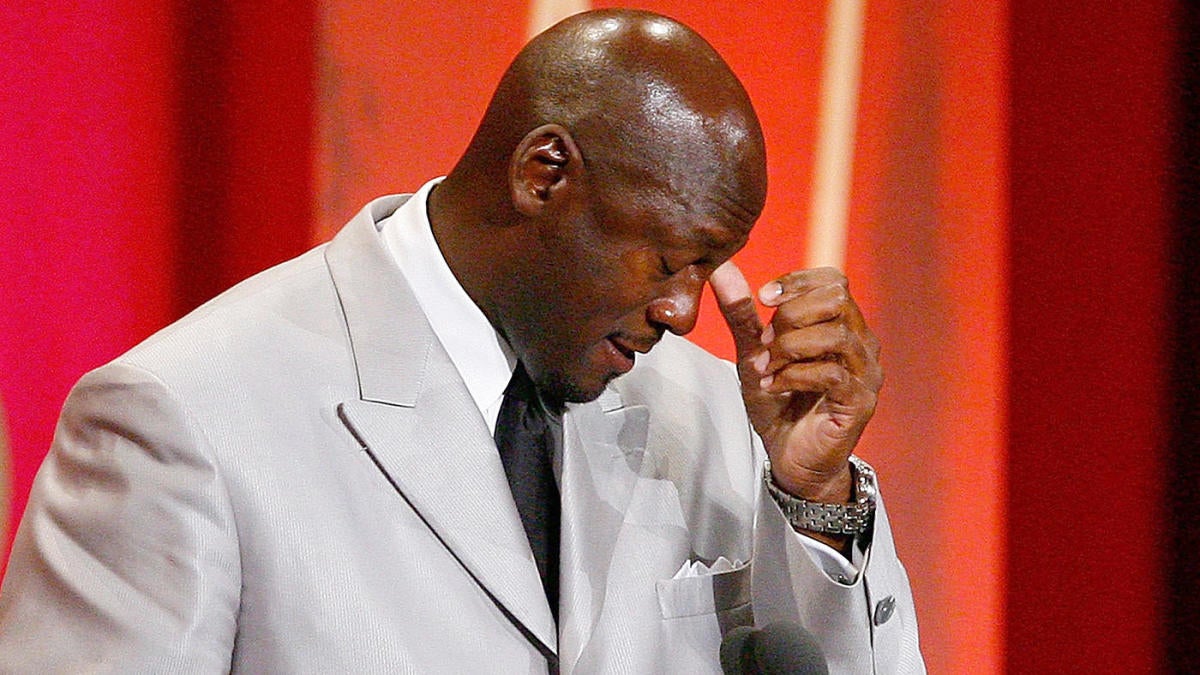 Early on in “The Last Dance” — ESPN’s 10-part documentary chronicling Michael Jordan and the 1997-98 Chicago Bulls — director Jason Hehir noted that the episodes would continue to ramp up as the series went along. He wasn’t lying. For my money, having seen a screener of Episodes 7 and 8, which will air Sunday, the series has reached a high point.

Episode 7, in particular, is must-see TV.

True, you could say that about every episode to this point. The ratings are spiking off the charts. But Episode 7, in my opinion, hits a high point of authenticity, providing us with the most human moment we’re likely to see from Jordan as he’s moved to tears talking about his take on leadership and the embers that stoked his maniacal motivation.

There’s an old rule in writing that says “show don’t tell,” and the show part of that rule is what we get in these episodes. For years we’ve been told stories about Jordan mentally, and sometimes physically, bludgeoning his teammates as he dragged them into his sphere of obsession, but here is the man behind the madness.

Why he was the way he was. What this all meant to him. As Episode 7 draws to a dramatic close, Jordan, at the end of a leadership riff, actually has to tell the director to “break” as he composes himself, and it does not feel like a product of fancy editing.

I don’t know if you’ve heard of — or if you’re a bit older, if you remember — Dan O’Brien, the former world-record-holding decathlete from Rebook’s famous “Dan vs. Dave” ad campaign that launched during the lead-up to the 1992 Olympics, but I’ve become good friends with Dan. We wrote his memoir together back in the mid-2000s, and I remember, as we were working on the book, we would pull up old YouTube clips from his competition days, and he would walk me through what, in those rare moments, he was feeling.

In 1996, as he crossed the finish line in Atlanta to secure the gold medal, he dropped to one knee, sunk his face into his hands, and started sobbing.

I suppose it speaks to the difference between mortal people like me and the one percent of high-achievers in the world, but I just couldn’t understand how something like sports, winning some game or medal or trophy, could mean that much to anyone. But it’s not the victory, I’ve come realize, that taps into the deepest emotions. It’s the loss that preceded it.

Dan’s story had plenty of loss. He never met his birth parents. He was orphaned as a baby and adopted into a multiracial family at the height of the civil rights movement. He struggled to find his place. He failed out of college. Grappled with alcoholism. When he finally got within striking distance of his dream, of a goal that represented one of the only things he was sure about in the world, he no-heighted in the pole vault and, as the No. 1 decathlete in the world and an overnight poster boy for one of the biggest marketing campaigns in the world, failed to make the 1992 Olympic team.

So, yes, when he came back in 1996 and won the gold, and cried on the track, it was real. To me, when I watched these next two episodes of “The Last Dance”, that’s the word that kept flashing in my head. Real. Michael Jordan, moments after winning his first NBA championship since the death of his father, lying face down on the floor of the locker room, sobbing.

Of course, we’ve seen Michael show emotion before. That clip in the locker room isn’t new footage. After his Hall of Fame speech, the “Crying Jordan” meme took over the world for a minute. Less than four months ago we watched him tear up at Kobe Bryant’s funeral. Earlier in the documentary, we watched him hug his first championship trophy like it was his first-born child.

“Sometimes we’d question whether he was human, whether he had feelings,” former Chicago Bulls teammate Will Perdue said. “He was just a guy that was focused on one thing and one thing only. The only emotion we’d seen out of him was anger or frustration. We were literally stunned to see those emotions.”

What makes the scene at the end of Episode 7 different is it’s not taking place in the middle of a championship celebration, or at a Hall of Fame podium, or in front of a heartbroken audience mourning Kobe’s death. It’s just Michael sitting in a room, street clothes on, nearly two decades removed from the last time he played NBA basketball, talking about leadership and drive and the burden of always being the one to impose the messages and habits of not just greatness, but of utter domination. And in this moment you can see that it wasn’t only Jordan’s teammates and opponents who paid the price of greatness. He paid it, too.

And that’s why all of this feels so earned. The losses to the Detroit Pistons. The unrelenting spotlight. The murder of his father being turned into unfounded rumors about the role his gambling may have played in the tragedy. Off to play baseball. Back to play basketball. It’s a story that couldn’t be written, only lived, witnessed, experienced, and for so long Michael seemed larger than life. He didn’t exist in the social media era. We never watched him as a human. Only a superhero.

During Episode 7, Perdue says of Jordan: “Let’s not get it wrong. He was an a–hole. He was a jerk. He crossed the line numerous times. But as time goes on, and you think back about what he was actually trying to accomplish, you’re like, ‘yeah, he was a hell of a teammate.'”

There are certain realities to this documentary, one of which is that it has Jordan’s prints all over it. He has been open and honest and willing to address some of his most controversial topics, but surely there’s a certain Michael Jordan light illuminating this doc. Still, that Perdue quote says it all. No matter how it all went down, no matter what you think about Jordan’s tactics, about who he was as a teammate and competitor, it wasn’t fake. It wasn’t the work of a comic-book madman. It came from the heart of a man who, maybe more than ever, is on full display in these upcoming episodes.

Other topics covered in Episodes 7 and 8

(Scroll below if you wish to see what’s on tap, or skip if you prefer to know nothing leading up to Sunday night.)