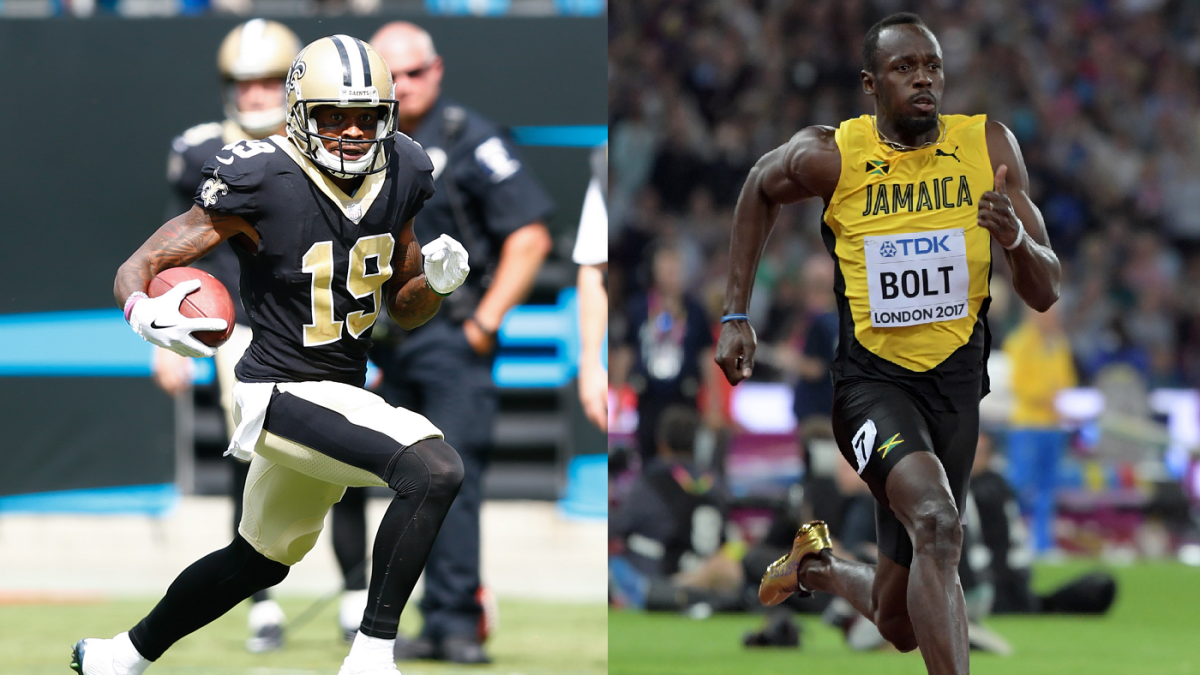 Ted Ginn Jr.’s role in the NFL since he was drafted has been to be a speedy deep threat for the five franchises for which he’s played, although in recent seasons he fell out of favor with the Saints and made audiences all over America say, “Ted Ginn is still in the league?” when his name is called. Now, the former first-round pick, and current Bears receiver, is making some headlines off the field before the season begins, and he’s calling out Usain Bolt.

Speaking to TMZ Sports, Ginn mentioned that he ran against Bolt in high school and actually won against the man who would go on to win multiple gold medals, hold multiple world records and be dubbed the fastest man on the planet.

“I ran against Usain Bolt — I got him when we was in the 12th grade,” Ginn said. “All of the top guys that have won the Olympics between 2004 till now, I basically had a chance to race them guys in high school.”

His bragging didn’t stop there. He also noted that if he didn’t go to the NFL, he would have “for sure” won an Olympic gold medal as a track star. If his statements about beating Bolt, Jason Richardson and Kerron Clement are all true, it’d be hard to doubt that claim.

For what it’s worth, Bolt hasn’t exactly been slowing down a whole lot in retirement. Before the 2019 Super Bowl, he tied John Ross’s record for the fastest 40-yard dash time all while wearing sweatpants and shoes meant for casual wear.