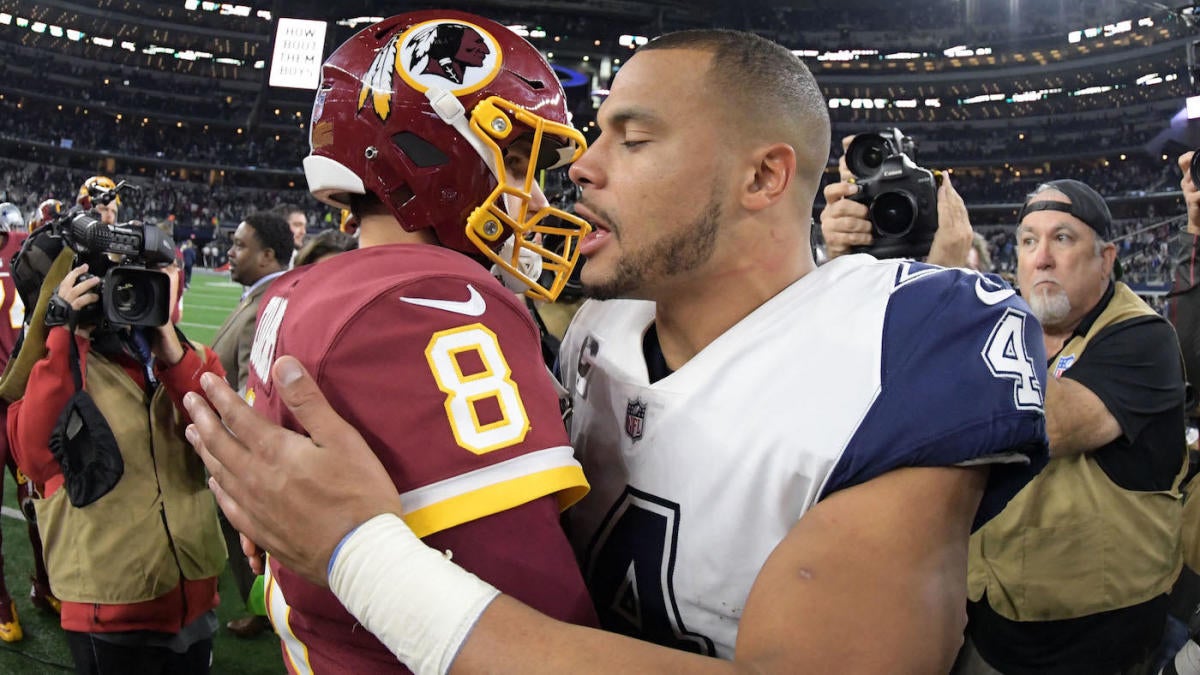 Minnesota Vikings quarterback Kirk Cousins knows a little bit about what Dak Prescott is going through right now. While he put up career-high numbers during the 2019 campaign, Prescott and the Dallas Cowboys still could not agree on a long-term contract. Cousins played back-to-back seasons on the franchise tag during his time with the Washington Redskins, and he was able to parlay those two years into a record-setting contract with the Vikings ahead of the 2018 season.

The Cowboys still have until July 15 to come to terms on a long-term agreement — and that date is quickly approaching. Recently, Cousins came out and told Prescott not to sweat the situation, and that if he truly is the star for “America’s Team,” he’s going to get paid.

“Anybody who I run into who’s been franchise tagged, we have one on our team this year in Anthony Harris, I believe the franchise tag can be your friend,” Cousins said on ESPN on Thursday night, via Pro Football Talk. “I don’t think it’s something to be disappointed with. I think it enables you to be well compensated, and deservedly so, for the upcoming season.

“Then, I always say the cream will rise to the top. If you’re good enough, the cream’s going to rise to the top, and you’re going to get compensated the way you want to. Sometimes it doesn’t happen as quickly as you would like, but if you deserve it, and you’ve earned it, it’s going to happen. So you’ve just got to stay the course and stay patient. Certainly in my journey, it all worked out. I wouldn’t go back and change a thing.

“So my message to Dak, when I saw him midseason last year, was, ‘Hey, whatever happens, don’t be afraid of the tag. It can be your friend, and you can use it to your advantage.'”

After being tagged for the first time ahead of the 2016 season, Cousins threw for a career-high 4,917 yards, 25 touchdowns and 12 interceptions for Washington. Still, the Redskins wouldn’t give him a long-term contract. After being tagged yet again, he threw for 4,093 yards, 27 touchdowns and 13 interceptions during the 2017 season, but again, Washington refused to give him the money he desired. That’s when the Vikings jumped in and offered Cousins a fully-guaranteed three-year deal worth $84 million. After two seasons, he agreed to another two-year, $66 million extension.

Cousins is correct in saying that the cream is going to rise to the top. Prescott can still make good money while playing on the tag, and then turn it into a long-term, record-breaking deal. The thing is, Prescott is going to have to prove he’s one of the elite quarterbacks in the NFL.

There’s no doubt that Prescott is talented. Last season, he set career highs all across the board, throwing for 4,902 yards, 30 touchdowns and 11 interceptions. He hasn’t missed a game during his four seasons with the Cowboys and has improved with every year. Cousins was able to step up his game when receiving the tag, and while it wasn’t with the Redskins, he finally got the huge payday he was looking for. Cowboys general manager Jerry Jones has been insistent that a long-term deal will get done, but if nothing comes by July 15, Prescott will have to use the 2020 season to prove his worth once again.