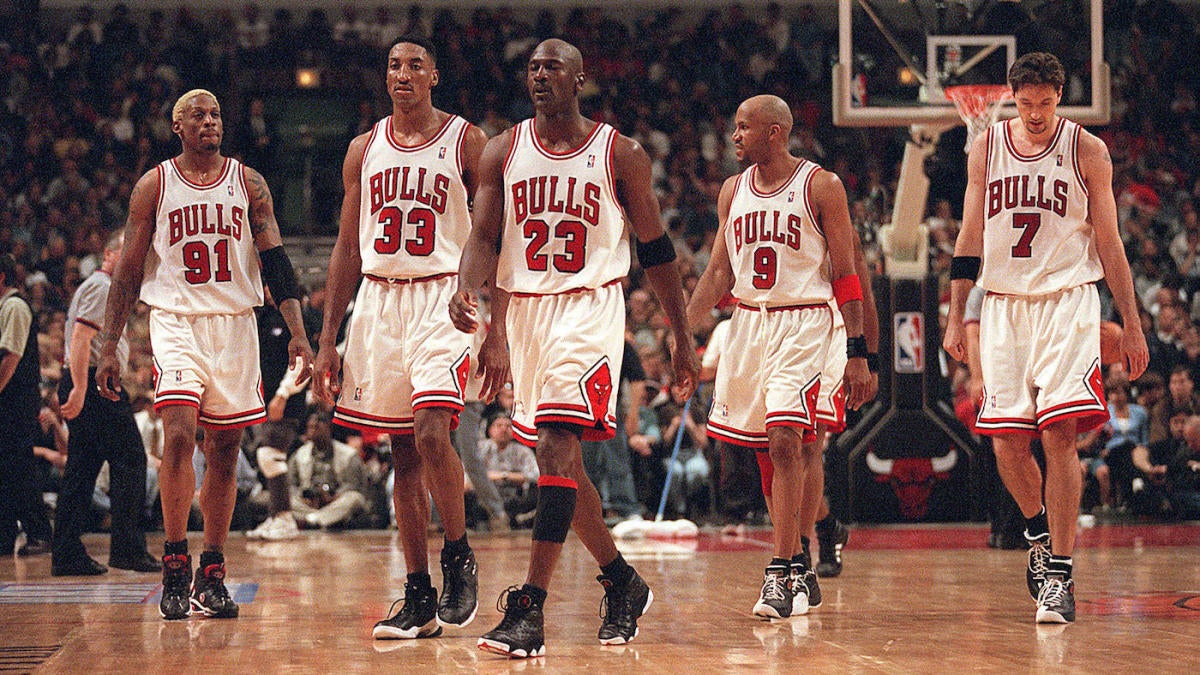 One theme that’s remained consistent throughout “The Last Dance”, the 10-part documentary chronicling the 1997-98 Chicago Bulls championship season, is blame being placed on Chicago’s late general manager Jerry Krause for the downfall of the league’s greatest dynasty. Between the ongoing feud with Scottie Pippen and Krause, and former Bulls coach Tim Floyd saying Krause wanted to break up the team even earlier, there’s been no shortage of Krause despisement throughout the documentary, and the stories in the media that have followed it.

At least one former Bulls player, though, has come to the defense of Krause. Toni Kukoc, who played with the Bulls for six seasons (1993-99) and was part of the second three-peat championship run in Chicago, wants everyone to know that there’s two sides to every story.

“I wish Jerry were here to say his part of the story,” Kukoc said via ESPN. “It’s easy to like Michael [Jordan] and Scottie [Pippen] and Dennis [Rodman] and Phil [Jackson], and I like them all. I love them. Scottie was the ultimate team player. Michael will always, to me, be the best player ever. He changed the game. He made it global. Every player today should tip their hat to him. But you have to hear the other side. Jerry built the six-time champions. You have to give him credit.”

For those unfamiliar with Kukoc and Krause’s relationship, when the Croation-born player decided to enter the 1990 NBA Draft, Krause jumped at the chance to select him in the second round. It took some convincing to get Kukoc to make the jump from playing in Europe to joining the Bulls in the United States. In fact, Kukoc didn’t play in the NBA until 1993. After Krause sold Kukoc on the idea of playing alongside Jordan and Pippen, the big man was swayed.

Jordan and Pippen weren’t fond of Krause’s admiration of Kukoc, and according to Kukoc, once he joined the Bulls, they called him “Jerry’s guy.” Despite all the teasing, however, Kukoc knew some of the jabs were because of their disdain for Krause, and weren’t really about him.

The animosity that Jordan and Pippen had for Krause stemmed from several issues, but central among them is that they didn’t think the GM deserved as much credit as he wanted for building a dynasty. The documentary paints Krause as someone who wasn’t in the players’ corner, and Jackson, for receiving all the attention for something Krause built. Krause obviously isn’t here to defend himself in these conversations, and the best we have to go off are excerpts from his unfinished memoir that have surfaced recently. In one of the excerpts from the memoir, courtesy of NBC Sports Chicago’s K.C. Johnson, Krause writes:

So much has been written about me that’s untrue and in many cases clouded at best. It’s a chance to tell my life story and the story of, if not the greatest sports team in American history, a team that stayed excellent over an eight-year span and did what none of its predecessors on the totem pole of greatness had to face — free agency and its star walking out in the middle of a career to go play another sport for two years.

All these years later, Krause is still seen as the sole villain behind the downfall of the Bulls dynasty. Although excerpts from his upcoming memoir help paint a picture on his thoughts and opinions on those days in Chicago, without him physically here, we’ll never be able to truly hear his side of the story after the airing of this Bulls documentary.