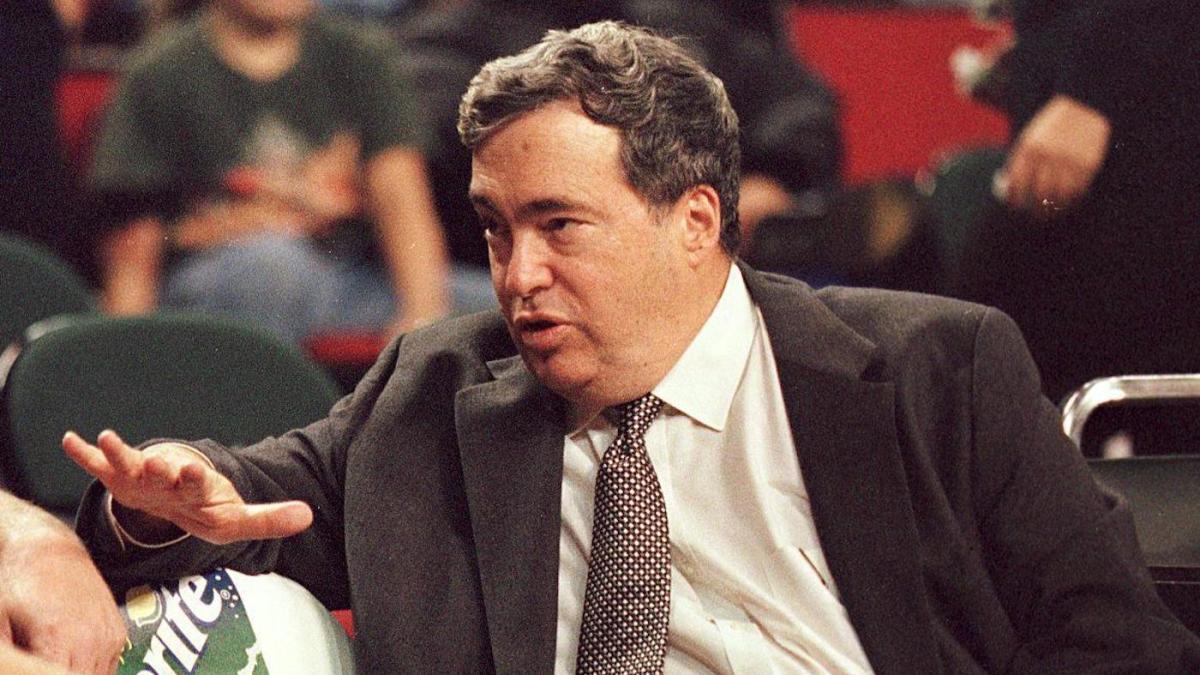 If a 25-year-old Scottie Pippen was up for a new contract in 2020, the negotiations would take 30 seconds. Pippen would be given a deal starting at his max salary and growing by the maximum eight percent each season. The contract would last for either five years, or if he’d prefer it, a shorter period that would potentially include a player option. Superstar contracts are the simplest to execute in all of 21st-century basketball. If a team won’t give a Scottie Pippen-caliber player the max, there are always a dozen others that will.

But the financial landscape of the NBA in 1991 would be unrecognizable to younger fans. The cap was more than 10 times smaller than it is today, and the rules governing it were virtually nonexistent. It was the Wild West in terms of salaries, and while a number of players benefitted, Pippen famously did not. As depicted in “The Last Dance,” ESPN’s new documentary about the Bulls in the 1990s, Pippen played most of the decade under one of the worst contracts in NBA history: a five-year, $18 million deal that was far more complicated than those terms suggest.

In Chicago’s final championship season, Pippen was the sixth-highest paid Bull and the 122nd highest-paid NBA player. Owner Jerry Reinsdorf and general manager Jerry Krause refused to renegotiate the deal, instead taking advantage of his minuscule cap number to put championship rosters around Pippen and Michael Jordan. Pippen’s frustrations colored his entire tenure with the team through his eventual departure in a 1999 sign-and-trade with the Houston Rockets. So how did the Bulls manage to underpay Pippen for so long? The answer is depressingly simple. None of the modern rules that protect both owners and players from bad contracts existed in 1991.

The modern cap is an extremely complex mechanism. The original cap was not. The league set a number based on its basketball-related income. Teams were not allowed to exceed that number unless they did so to re-sign their own players. Essentially, those were the only guidelines governing contracts at the time.

There was no maximum salary for individual players, nor was there a maximum contractual length or even a pre-determined scale for rookie contracts. This led to some of the strangest contracts in the history of sports. Chris Webber signed a 15-year rookie contract with the Golden State Warriors … that had an opt-out after the first season. Contracts didn’t even need to include firm salary numbers. David Robinson’s deal with the San Antonio Spurs guaranteed that he would be paid the average of the two highest-paid players in the NBA every season.

Pippen’s contract wasn’t quite as unique, but it was built around a few cap quirks that no longer exist. It started with a six-year rookie contract that he signed after being taken No. 5 overall in 1987. A modern first-round rookie deal is always for four years, with the player gaining extension eligibility after the third. The Bulls were free to extend Pippen whenever they wanted, and fortunately for them, Pippen wanted that extension fairly quickly. It was negotiated and signed before the end of his fourth season.

His stance was reasonable at the time. He grew up with 11 siblings in a small Arkansas town. Both his father and one of his brothers were disabled. He needed financial security for the sake of his family. But by negotiating with so much time left on his contract, he lacked any meaningful leverage. The Bulls could wait. He wasn’t willing to. He also failed to foresee the cap gains that would come in the near future.

The cap during the 1990-91 season was only around $11.9 million. By the time his final season with the Bulls rolled around, it had more than doubled to $26.9 million. That was due in large part to the popularity Pippen’s Bulls brought the league, particularly on television.

Playoff games were aired on tape-delay as recently as 1986. Magic Johnson and Larry Bird made a big difference for television ratings, but those gains were still fairly modest. The last NBA Finals series played before Pippen started negotiating his new deal averaged around 17.2 million viewers. The 1998 NBA Finals, the last played during his contract, averaged over 29 million. That increased popularity led to the league’s first true salary cap boom, and it took place almost entirely throughout Pippen’s contract.

So Pippen negotiated without leverage and he did so using outdated information. Even still, Pippen was the NBA’s 16th highest-paid player in the first year of the deal. Considering he wasn’t a 1991 All-Star, that’s not half bad. Where the contract really came back to bite him, though, was on the back-end.

Why eight? Because Pippen signed this contract during the 1991 NBA Finals. The Bulls spent the entire 1990-91 season under the salary cap, reserving around $1.6 million for European draft pick Toni Kukoc in the hopes that he would join the team once he was legally allowed to, which was in December. But Kukoc chose not to, and NBA salary cap space does not roll over from one year to the next. That put the Bulls in a position where they had to either use that cap space or lose it. The deadline for losing it was midnight of the day in which the last Finals game was played.

So the Bulls insisted that Pippen sign his contract early. Doing so allowed them to front-load the deal, adding most of that $1.6 million to his 1990-91 salary so that they wouldn’t have to give it to him over any of the following seven seasons, when they planned to pursue Kukoc again and would need cap space. While this didn’t lower the actual amount Pippen received, it pushed him even further down lists of the highest-paid players. Rather than getting $18 million spread over those seven seasons, it was really closer to $16.4 million, though the exact figures are not publicly known.

Almost everybody involved knew this was a bad contract. Pippen’s team of agents advised him against taking the deal, according to The Undefeated’s Marc Spears. Reinsdorf claimed to have told him that the deal was too long and that he would later regret it, which would not have been a possibility under modern rules that allow players to be under contract for no more than six years at a time.

Pippen accepted the contract despite these warnings because his family needed the money and he was not willing to risk losing such a relatively lucrative deal because of an injury. But as the years passed and he remained healthy and productive, he began to understand the massive opportunity he’d surrendered by signing so early. Jordan’s $33.1 million salary for the 1997-98 season was nearly 12 times larger than Pippen’s, which sat below $2.8 million.

Fortunately, he was more than able to make that money up on his next deal. Pippen was a hot commodity during the truncated 1999 free agency period, and nine days after Jordan retired, he managed to secure a five-year, $67 million deal from the Rockets. The Bulls even gave him a bit of a golden parachute. In 2003, at the age of 38, a lottery-bound Bulls team gave him a two-year, $10 million deal to finish his career in Chicago. He made over $100 million as a basketball player. Pippen is hardly destitute.

But he spent the most financially valuable years of his life bound by a contract that paid him significantly less than market value and denied him the opportunity to ply his wares to the highest bidder. It’s not hard to see how that would bother someone, especially the second-most important figure on one of the greatest teams in the history of sports. The Bulls took advantage of both Pippen and the weak salary system that he existed within, and while that may have helped him win his six championship rings, it tainted the entire experience and nearly ruined his relationship with the team that helped make him a legend.