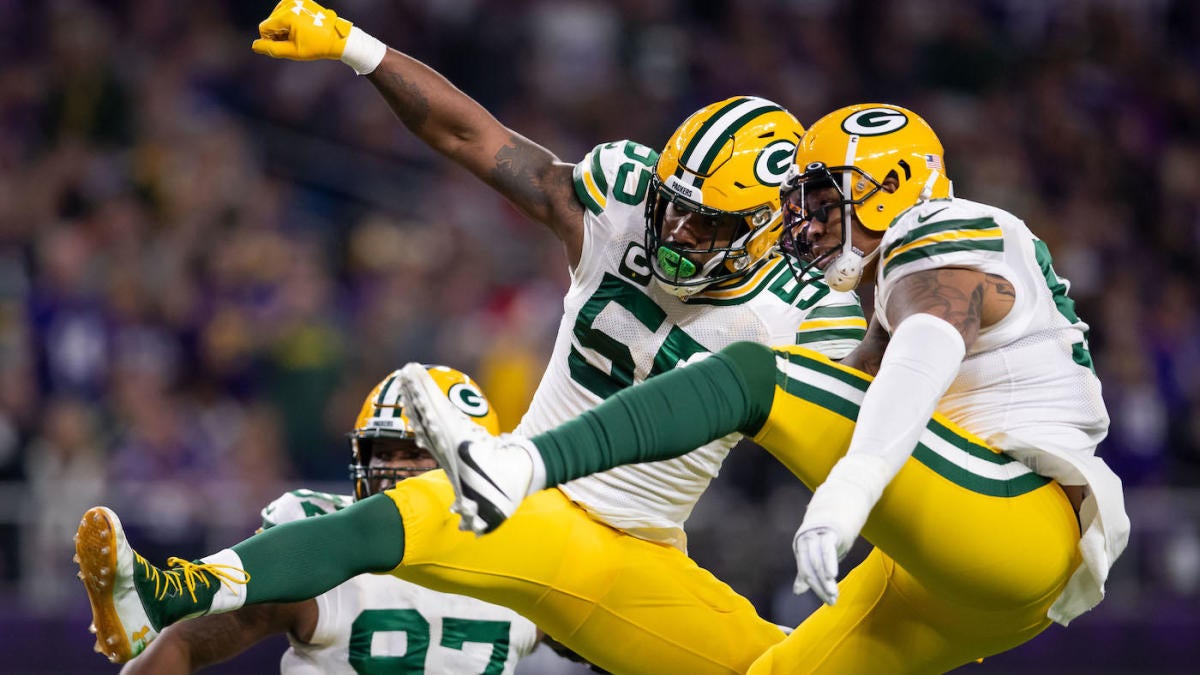 The 2020 NFL schedule has finally been released, and it’s time to make predictions and assumptions that we will probably take back in a couple months time. How can you blame us though? With the ongoing pandemic, I went to sleep on Thursday night dreaming about where I’m going to place my money come early September.

The opening week of the NFL season is always interesting. You will see some lines you believe are guaranteed winners only to be shocked on Sunday afternoon. Sometimes it takes a couple of weeks for teams to get going. Still, there’s always that opportunity to take advantage of Vegas before the first kickoff of the NFL season — and it’s too tempting to pass up.

Yes, we still have a couple of months before we even get to the preseason — but let’s go ahead and make some picks for the opening week of the 2020 NFL season (odds provided by William Hill Sports Book).

Right in Week 1 of the new year, we get one of the biggest disappointments of the 2019 season against one of the biggest surprises of the 2019 season. After acquiring a few big pieces such as Odell Beckham Jr., many thought Baker Mayfield and the Browns were Super-Bowl bound. In reality, Cleveland went 6-10 and first-year head coach Freddie Kitchens was handed his walking papers. As for the Ravens, Lamar Jackson’s MVP season carried Baltimore to a 14-2 record as he captained the No. 1 offense in the league.

Did you know that one of those two losses in 2019 came to the Browns? Sure, it was an outlier, but the Browns whacked the Ravens, 40-25, in Week 4. I think the Browns will keep it close in the season opener. We were all excited about the Browns last year, but maybe this is the season where we should expect them to take a big step forward under Kevin Stefanski. Beckham Jr. predicts that he will have one of his best seasons in 2020, and I’m digging the confidence. While I don’t necessarily think the Browns will win, I think they can cover 8.5 points.

This is one of those games where I think I know better than Vegas. I’m still trying to figure out when the Packers became America’s punching bag. All of the talk last preseason was about how Aaron Rodgers apparently wasn’t going to get along with first-year head coach Matt LaFleur, but they went 13-3. Then, they took Jordan Love in the first round — which apparently is one of the worst picks of all time and means Rodgers is on the outs — and now, they are underdogs to the team they swept last season?

The Packers are healthy again and should be ready for another postseason run. Can Justin Jefferson find quick success in Stefon Diggs‘ place? Can Jeff Gladney perform well against one of the best quarterbacks of all time? I have no doubt the Vikings are going to be a good team this year, but I’ll take the Packers in Week 1.

When I saw this Week 1 matchup, I immediately wondered what the line was going to be. I expected it to be much higher in favor of the Seahawks, so I was thinking about taking a flier on the Falcons to cover. Much to my surprise, Seattle is favored by just one point. I know we are leaving 2019 behind and moving on to 2020, but this is an 11-5 team against a 7-9 team. I’m not sure the additions of Hayden Hurst and Todd Gurley will turn the Falcons into a playoff contender.

The Seahawks might have been able to pull off something special last season had they been healthy. They even had to call Marshawn Lynch out of retirement just to run the ball in the postseason. Even if Jadeveon Clowney doesn’t re-sign with the Seahawks, I still think they are still in position to make the postseason in 2020. Russell Wilson now has two legitimate receivers in Tyler Lockett and D.K. Metcalf, several capable tight ends and Chris Carson and Rashaad Penny toting the rock. I have to take the Seahawks to win this game.

Everyone is all excited for the Buccaneers because they signed a soon-to-be 43-year-old quarterback and traded for a WWE champion at tight end this offseason. I do expect Tom Brady and Rob Gronkowski to make the Buccaneers better, but I am still going to take the Saints to win the NFC South. I bet they split the season series, and the Saints get the win in the first of those two meetings.

Drew Brees is probably playing out his last season and knows that anything other than a Super Bowl appearance is a failure. The Saints will be out to avenge the last three painful postseason losses they have suffered. As for the Buccaneers, It’s hard for me to believe that they will come out swinging. It may take them a game or two to get going — plus New Orleans is one of the toughest places to play in the league.

The Broncos’ offense could be downright scary in 2020. Drew Lock, Phillip Lindsay, Courtland Sutton, Jerry Jeudy, K.J. Hamler, Noah Fant and also Melvin Gordon? Wow. I even love that the Broncos went out and drafted Lock’s former college tight end, Albert Okwuegbunam. There’s no doubt that this team got better in the offseason, but I don’t think it warrants being a three-point favorite over the team that made the AFC Championship game last year.

The Titans appear to be going all-in this season. They re-signed Ryan Tannehill, placed the franchise tag on Derrick Henry and added a couple of pieces in free agency such as Vic Beasley. Could this primetime season opener serve as a coming-out party for the Broncos? Absolutely. But I think it might take a couple of weeks for all of this young talent to find a rhythm. This game is somewhat personal for Tannehill. The 16-0 loss in Week 6 last year marked the end of the Marcus Mariota era and the beginning of the Tannehill era. The disgraced Dolphin has reemerged with a lucrative new contract, and he needs to prove that 2019 wasn’t just a one-year deal.