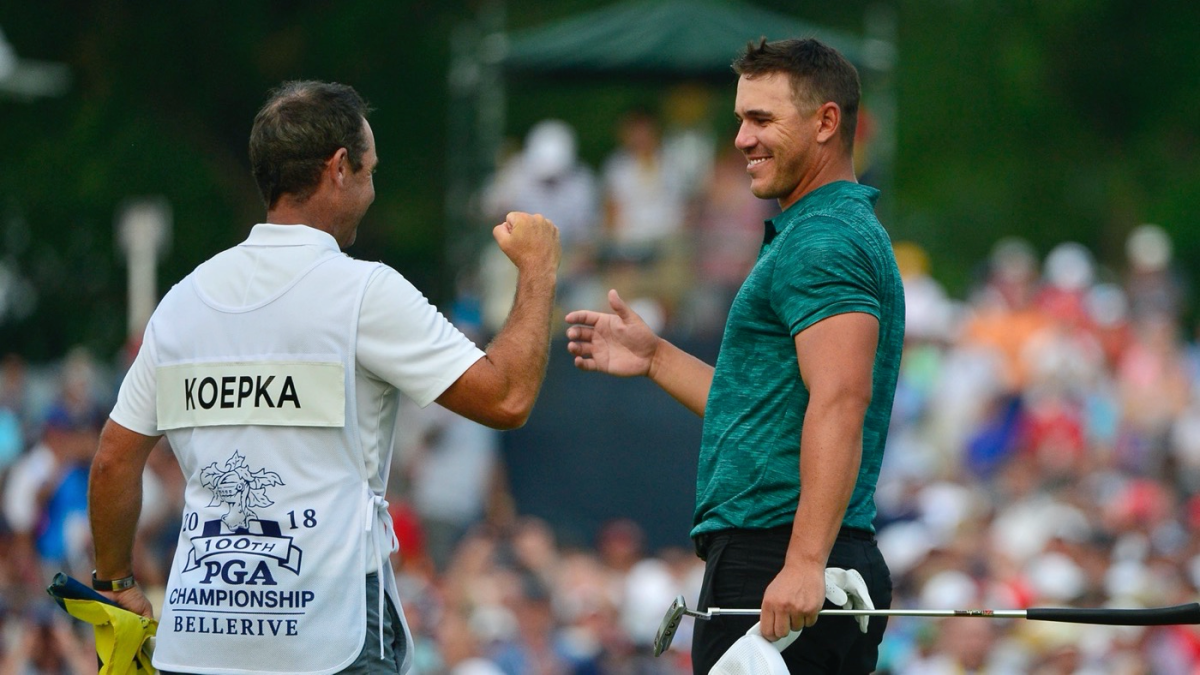 In April, CBS Sports reaired two of the best Masters final rounds ever (2004 and 2019) with cameos from Phil Mickelson and Tiger Woods, respectively, alongside lead announcer Jim Nantz. In May, it will take a similar look back at the final rounds of the 2000 and 2018 PGA Championships.

On Saturday, May 16, a replay of the final round of the 2018 PGA Championship will be shown from 2:30-6 p.m. ET. Brooks Koepka took that trophy at Bellerive Country Club in a thriller over Adam Scott, Stewart Cink, Jon Rahm and Woods. Koepka shot a 66 on that Sunday that included the best shot he said he’s ever hit at the par-3 16th hole. Tiger shot a 64, his all-time low at a major, but it wasn’t enough.

The entire thing was a thrill ride, though, and Nantz as well as Nick Faldo will be commentating on Zoom with additional guests to walk back through another great one.

On Sunday, May 17, a replay of the final round of the classic 2000 PGA Championship will be shown from 3-6 p.m. This is the one where Tiger birdied the last two holes in regulation and beat Bob May in a playoff. The one where he walked in a birdie and pointed at the hole. Yeah, that one. It’s an all-timer.

These broadcasts will take place during what was supposed to be the final two rounds of a 2020 PGA Championship that has since been postponed by the coronavirus pandemic. The event — now the first major of the year — will take place at Harding Park on Aug. 6-9.

No matter how that pans out, though, a look back at two majors — nearly 20 years apart — in which Woods was prominently involved will be a blast. One of them in the midst of what would eventually become the Tiger Slam (where he held all four majors at one time) and the other an official reentry into the golf world ahead of his winning the 2018 Tour Championship and 2019 Masters.