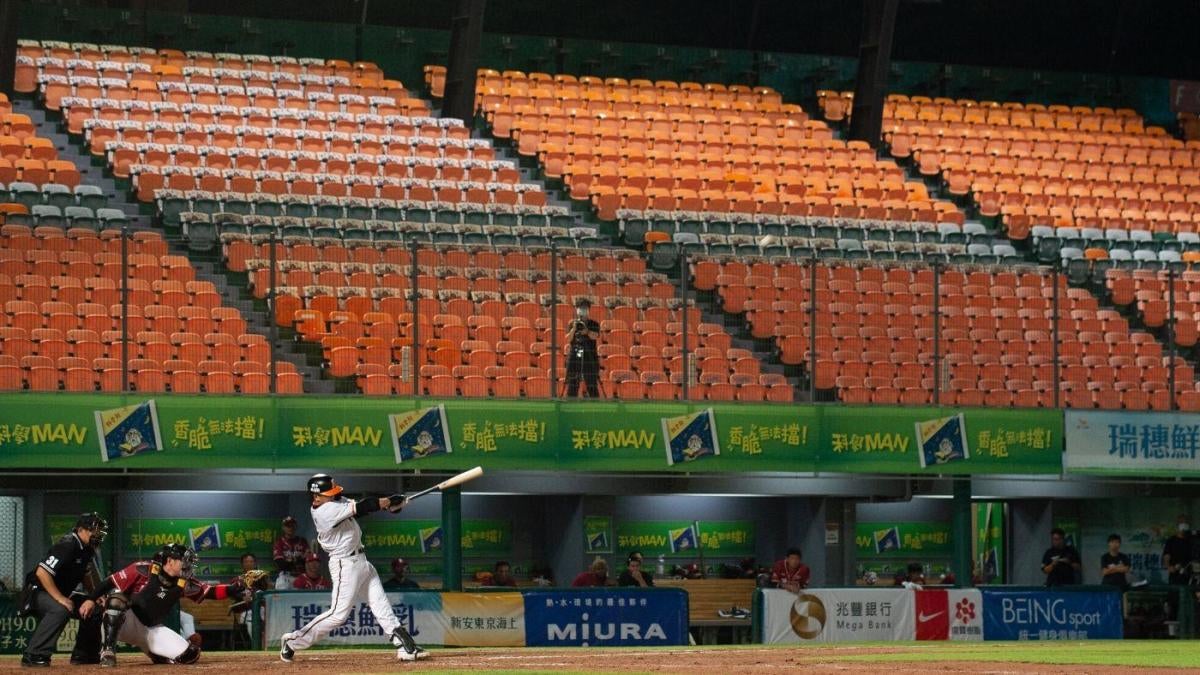 CPBL, after consulting with health officials, said that it will allow fans in the seats (1,000 per game) starting Friday (May 8).
Prior to allowing fans, one CPBL team filled some of its season with cardboard cutouts and robot fans. The Korea Baseball Organization (KBO) joined the CPBL as the second league to start its 2020 regular season this week. The KBO hosted its Opening Day on Tuesday without fans in attendance.
The first professional baseball league to open after sports shut down amid the COVID-19 pandemic was Taiwan’s Chinese Professional Baseball League (CPBL). The league has been playing in front of empty ballparks since play started on April 12. Tuesday, news broke that the league is planning to start allowing up to 1,000 fans per game in the near future.  Major League Baseball will have a chance to watch how things unfold in Taiwan and to see what kinds of protocols work — and also ones that don’t. The CPBL did not disclose specifics on how those fans will be scattered throughout the stadium and what hygiene measures will be in place. All five of the CPBL stadiums currently in use have a capacity between 10,000 and 20,000 fans, so there will be plenty of room to spread out 1,000 spectators.