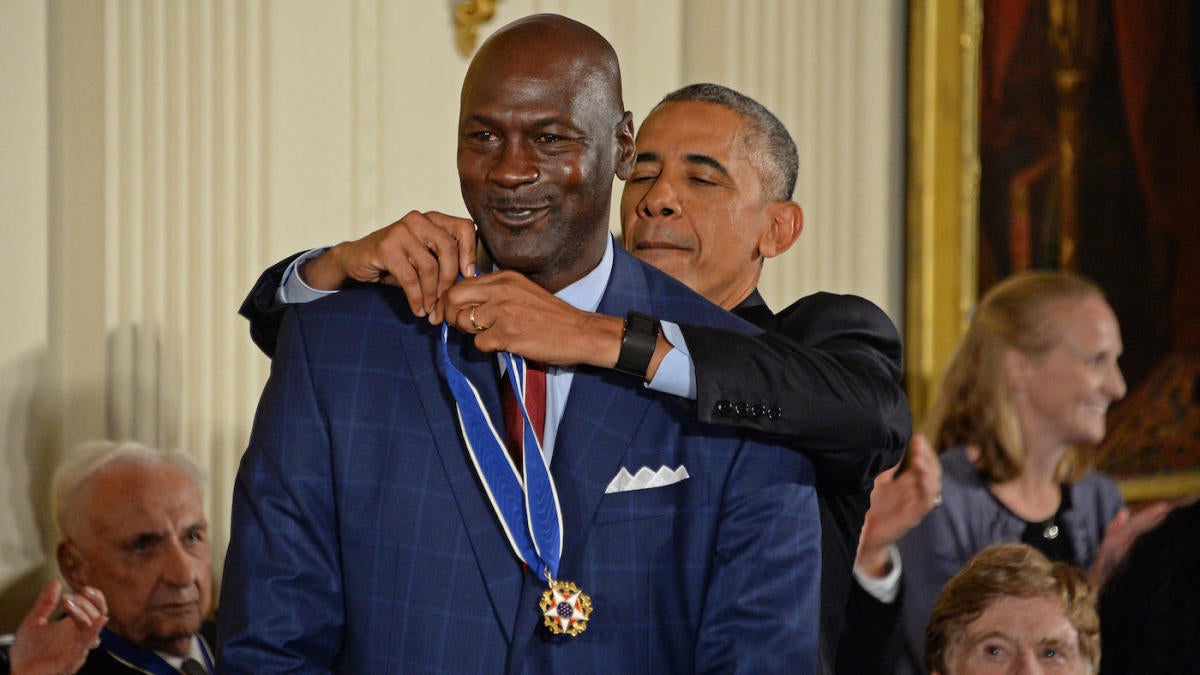 Among the more notable off-the-court legacies Michael Jordan left behind in his playing days came from Sam Smith’s book The Jordan Rules. In it, Jordan is attributed with saying “Republicans buy sneakers too” in the context of his unwillingness to get involved in social activism.

Jordan addresses this quote in an episode of The Last Dance and it’s contextualized in his decision not to endorse black North Carolina Democrat Harvey Gantt in his 1990 Senate race against then-incumbent Republican Jesse Helms. There are multiple knowledgable individuals who speak on the situation and what it meant in the big picture, but let’s focus on two people: Jordan and former President Barack Obama.

Jordan, for his part, admitted to using the quote but added the caveat that it was said in jest on a team bus among teammates. The Bulls legend adds that he was more interested in the legacy he had on the court than off of it and he was fine with people disagreeing with his viewpoint of political inaction.

Obama tried to give Jordan some slack, ultimately saying that the player is like any prominent black celebrity in America, where the love received is inversely proportional to that person’s dedication to “broader issues of social justice.” That being said, the former president was apparently not okay with the lack of an endorsement at the time that this all happened — though when critiquing Jordan, he’s not so heavy-handed.

“I’ll be honest, when it was reported that Michael said ‘Republicans buy sneakers too,’ for somebody who was at that time preparing for a career in civil rights law and public life, and knowing what Jesse Helms stood for, you would have wanted to see Michael push harder on that,” Obama said. “On the other hand, he was still trying to figure out, ‘How am I managing this image that has been created around me, and how do I live up to it?'”

What Obama is referring to is Helms being one of the last open segregationists on Capitol Hill during his time as a Senator, who, in opposing the Civil Rights Act, called it “the single most dangerous piece of legislation ever introduced in the Congress.”

Jordan did not openly endorse the man opposing Helms, Harvey Gantt, while Obama apparently did back in the day. Helms would go on to win the 1990 election by a 53-47 margin.