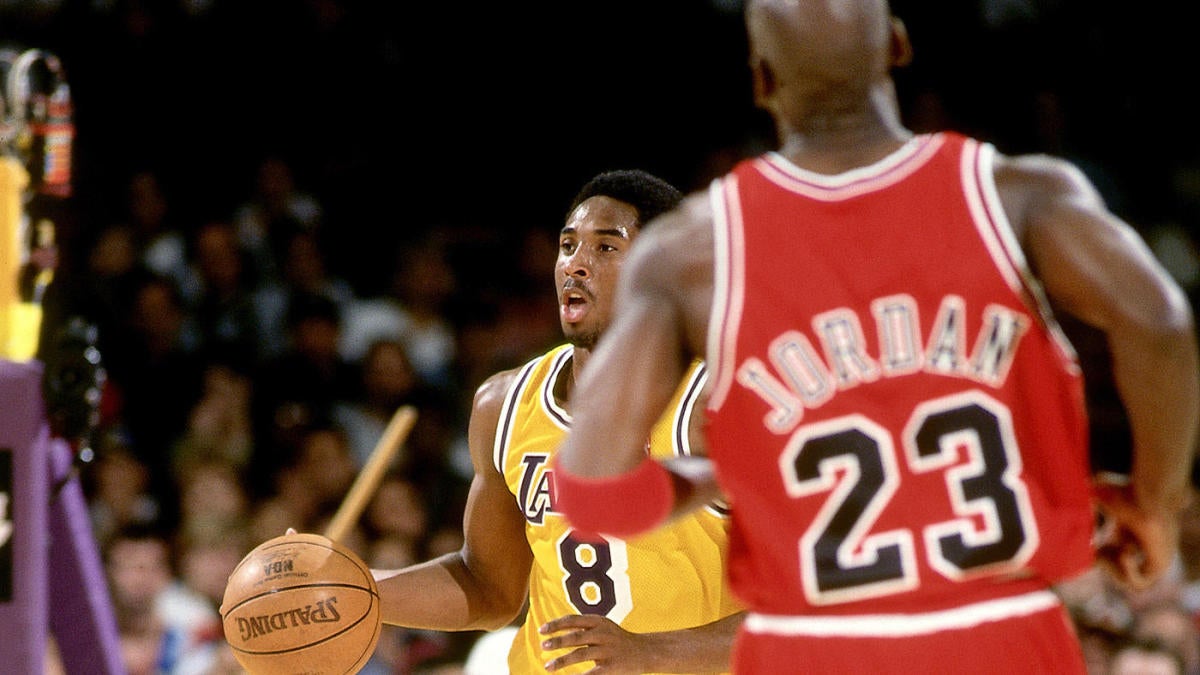 “You can’t compare anyone to Michael Jordan … BUT …”

It’s the starting point of a common, heated basketball argument between friends, colleagues or newfound Twitter rivals. We all agree that there has been — and likely will never be — another Michael Jordan. But who’s the closest?

In terms of stratospheric stardom, stature and greatness, LeBron James is probably the first name that comes to mind. But anyone who’s watched the two legends play can immediately see glaring stylistic and physical differences. When considering on-court play, however, it’s hard to argue that anyone has come closer to Jordan than Kobe Bryant.

More on ‘The Last Dance’

People often compare Kobe’s competitiveness, work ethic and “will to win” to Jordan’s, but it’s hard to speak about that from an outside perspective. What we do know is that Bryant’s game, when it comes down to objective nuts and bolts, looked a whole lot like Jordan’s. This video that made the rounds several years ago illustrates the similarity by seamlessly metamorphosing Jordan into Bryant, and vice versa, as they execute eerily identical moves and mannerisms.

The visual is absolutely striking, and there’s one aspect of both of their games that stands out above all else: the midrange jumper.

At 6-foot-6, both Jordan and Bryant were relatively big guards for their respective eras, which allowed them to shoot over the top of defenders and, later in their careers, master the art of the perimeter post-up through the use of a deadly, signature fadeaway jumper. Both honed their skills under the direction of Phil Jackson and his famous triangle offense.

In 2017, Bryant told Bleacher Report’s Howard Beck that he stole “damn near 100 percent of the technique” from Jordan, who also spoke of the subject at Bryant’s memorial in February.

Jordan and Bryant consistently led the league in midrange field goals in the latter stages of their careers. During the 1996-97 season (the furthest back NBA.com goes for this type of data), Jordan led the NBA with 14.7 midrange field goal attempts per game. The next highest was Cavaliers guard Terrell Brandon at 11.7 per game — a monumental discrepancy. Jordan made 48.9 percent of those, second among all players with at least 500 midrange attempts that season. Glen Rice led the league at 50.4 percent on 665 attempts — Jordan nearly doubled that with 1,202 attempts. His volume and efficiency on midrange shots were unparalleled.

During the 2005-06 season, when Bryant averaged 35.4 points per game, he shot 976 midrange jumpers (12.2 per game) — over 200 more than the next highest total from Mavericks legend Dirk Nowitzki. In 2007-08, when Bryant won his only MVP award, he led the league with 660 midrange jumpers. As you can see, in just a couple of seasons, the de-emphasis on midrange shots was already becoming a trend. During the 2008-09 season, when Bryant and the Lakers won their first post-Shaquille O’Neal title, he averaged 1.021 points per possession on post-ups, landing him in the 89th percentile, according to Synergy Sports Technology.

Taking that many jump shots inside the 3-point line would be absolutely unheard of in today’s game. While Jordan and Bryant regularly hoisted more than 10 midrange jumpers per game, last season’s leader, DeMar DeRozan, attempted 7.2 per game, while LaMarcus Aldridge leads the field this season at just 6.6 per game. Not surprisingly, DeRozan, Aldridge and the San Antonio Spurs have been criticized for refusing to evolve to the modern game as their record has slipped in recent seasons.

Players like Kevin Durant insist that the midrange shot isn’t dead, and that players shouldn’t be discouraged from shooting them if they’re open, no matter what the analytics say. He got into a lengthy and (mostly) civil debate with Matt Moore of The Action Network just before the 2019-20 season tipped off.

Last season Durant shot an absurd 55 percent on midrange jumpers — by far the best in the league for players with over three midrange attempts per game — but he still only took 5.9 per game. Compare that to Jordan’s 14.7 or Kobe’s 12.2, and it’s clear that even players who are equally proficient in that type of scoring won’t be willing or allowed to do it given modern offensive strategy.

With all of that in mind it’s fair to say that, yes, Kobe Bryant is the closest thing we will ever see to Michael Jordan when it comes to an on-court product. The 20-foot post-ups, fadeaways and dribble pull-ups that those two players so artfully mastered will continue to diminish unless there are major NBA rule changes, which doesn’t seem likely any time soon. That’s one of the reasons why the 1998 NBA All-Star Game is so interesting in retrospect. It shows Jordan, in his final season before his second retirement, against a 19-year-old Bryant making his first All-Star appearance. We didn’t know it at the time, but Jordan was welcoming into NBA greatness the player who would end up approximating him most closely.

“What you get from me is from him,” Bryant said in “The Last Dance” documentary. “I don’t get five championships here without him, because he guided me so much and gave me so much great advice.”