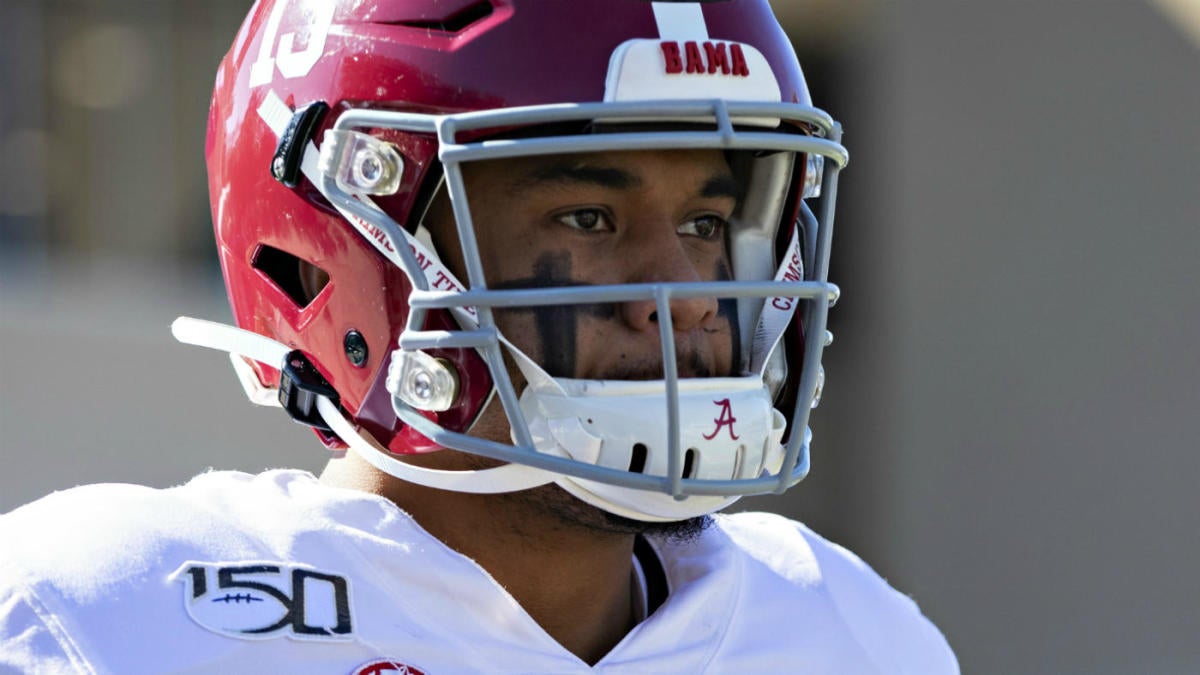 This year’s NFL Draft got off to a slow start for anyone who’s a fan of teams trading picks around in an effort to land the perfect prospect. The first deal didn’t happen until No. 13, and that only featured the Buccaneers moving one spot up in a deal with the 49ers. By the end of the round, we had four trades in all, with the other three coming in the 20s. But then we saw 25 more go down on the draft’s final two days as teams started jockeying for position in order to land the right prospects.

Why was there such a lag at the beginning of the draft? It’s possible things just broke perfectly for teams in the top 20 where no one was interested in moving down to collect picks, but that seems unlikely considering how much noise we heard in the days leading up to Day 1 about teams wanting to move down. It’s also possible teams were unsure how the fully virtual draft would play out, and even though all 32 went through a mock draft earlier in the week to iron out any potential problems, we can’t count out decision-makers in this brave new world of couch drafting taking a moment to settle in.

Whatever the reason, the lack of movement in the top 20 created plenty of missed opportunities for some teams to go land the right prospect in the first round. While I’m sure no team will admit publicly that it settled for the player it drafted in Round 1, there’s no way every single team walked out of the draft perfectly content with how things shook out. In this space, we’re going to try and determine which teams could have done better by being more aggressive and concocting the right trade to move up.

These trades are crafted using my pick value chart, and the 29 deals that went down during draft weekend mostly stayed close to those values, as only three deals saw a team lose more than five points of value, with just one exceeding seven points of lost value. A few even saw teams gain value, particularly in the first round, which will play a role in some of the deals discussed below.

Maybe the Chargers had Justin Herbert rated as their top QB behind Joe Burrow, but they came out after the draft and said they were ready to take Tua had the Dolphins chosen Herbert instead, which seems like a weird thing to admit. Assuming Tua was their top target, not finding the right deal to go get him could go down as one of the biggest missed opportunities in franchise history when all is said and done.

Going by the chart, just trading No. 71 to swap first-round picks is right in the range of the trades that did go down, but I added a future fourth-round pick as well, which puts it at the level of the most lopsided trade of the weekend, where the Saints shipped away a future third-round pick to go get linebacker Zack Baun. Giants GM Dave Gettleman made noise about trading down before the draft, and it’s hard to see him turning down this offer knowing that Andrew Thomas would likely be on the board at No. 6.

The Falcons were rumored to be interested in making a big move into the top 10 for a cornerback, likely C.J. Henderson, in the days leading up to the draft. Ultimately they couldn’t get it done, with the teams making the first eight picks happy with how the board broke and content to sit tight and make their pick. While the Jaguars themselves sat tight and took Henderson, they’re a team that should have been in the business of moving down and amassing picks to help build a competitive roster (our SportsLine projections have them with the lowest win total in the league in 2020).

A deal featuring No. 9 for No. 16 and two third-round picks, one in 2020 and one in 2021, would have been enough to get a Falcons offer inside the range of the trades that actually did happen during draft weekend, but we added a little sweetener with a 14-pick trade-back on Day 3 as well. It would have been worth making a bigger trade-back if necessary in order to get the deal done and go get Henderson instead of sitting tight and potentially overdrafting A.J. Terrell, and the Jaguars have plenty of needs worth addressing in the middle of Round 1 while adding extra picks.

The Dolphins did a great job executing their smokescreen strategy in the run up to the draft, with many people convinced they would pass up Tagovailoa for Herbert. But while they get high marks for what they did at No. 5, they missed a clear opportunity to make a move for one of the top tackles in the draft with their next pick. Rather than sitting tight and taking Austin Jackson, why not beat the Bucs’ offer to the 49ers to go get Tristan Wirfs?

Maybe the 49ers were uncomfortable moving back even a few spots and potentially missing out on Javon Kinlaw. But the Dolphins had plenty of draft capital and should have been able to put together an offer they couldn’t refuse. Sacrificing the No. 70 pick to move up five spots would have been the second-most lopsided deal of the weekend, even beating the price the Bucs paid just to move up one spot for Wirfs.

With the Falcons missing out on the chance to trade up for one of the top two corners, they should have been willing to move back and add extra draft capital. And that means the Eagles likely had the chance to go get the receiver many thought was the best option in one of the best classes to come around in a long time in CeeDee Lamb. While the Eagles’ priority at the position clearly ended up being speed with their selection of Jalen Reagor and what they did on Day 3, that shouldn’t be enough of a reason to pass on landing a true No. 1 receiver talent in Lamb.

This trade, which includes a 25-pick trade-back on Day 2, is one of the more valuable offers the Eagles could have put together to land Lamb before the Cowboys had the chance to take him at No. 17. Had the Falcons actually been more motivated to trade back for more picks, an offer of No. 21, 103 and 127 for No. 16 falls into the range of actual deals struck during draft weekend.

The Rams keyed in on replacing key skill position players in Round 2 of the draft after cutting Todd Gurley and trading away Brandin Cooks. But they would have been better served packaging those two picks together in order to jump into the first round for the right piece at a position of need, and there’s perhaps nowhere the Rams needed more of an upgrade than at linebacker after losing Cory Littleton.

We know the Seahawks are always game to trade back, and they may have been open to a deal involving just those two second-round picks, which would have fallen within the range of trades made on draft weekend but would have resulted in Seattle losing a little bit of value. Adding the Day 3 pick pushes this offer over the edge, and there would have still been good players at running back and receiver the Rams could have landed later in the draft (Utah rusher Zack Moss went just a couple selections after their next pick in the third round).