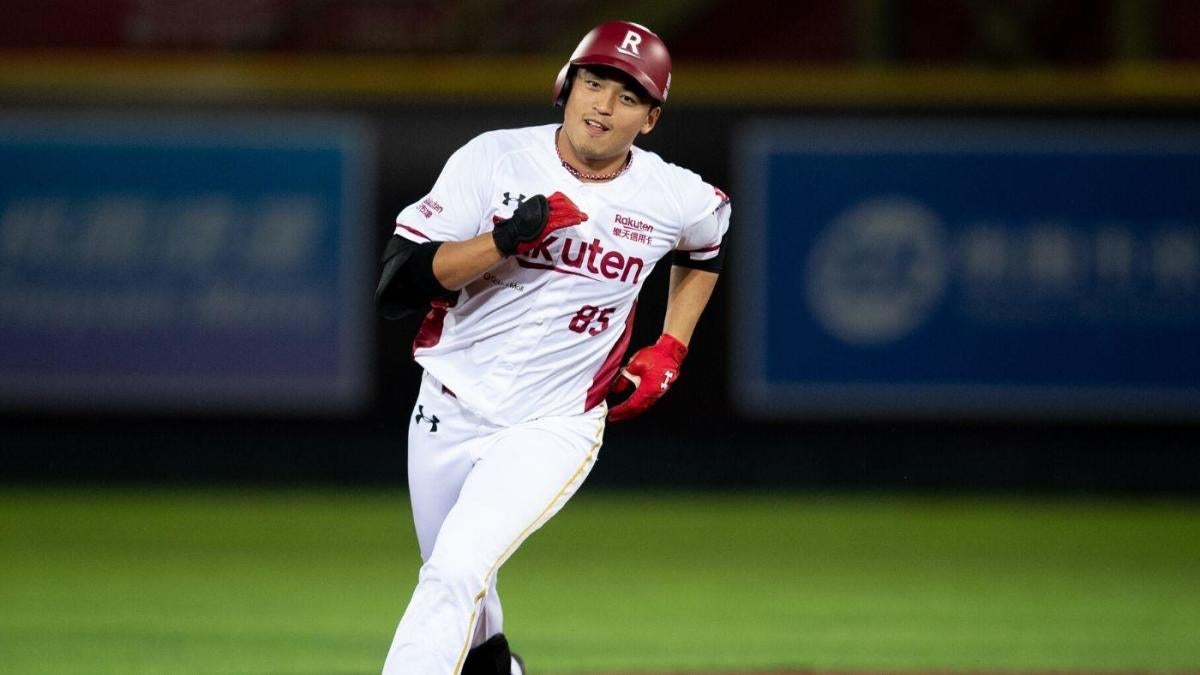 We addressed Yang, the KBO’s top pitcher, earlier in the spring. Here’s what we wrote:
Being a prodigious talent isn’t easy, even if Kang makes it look that way.
Kim will reportedly seek MLB employment again this winter. Here’s wishing him a better hand.

Yang also has a plus-plus entertainment tool, as he showcased during the 2018 season:
Choi isn’t the only potent bat in the Wyverns lineup. Last season, he combined with former big-league infielder Jamie Romak to hit 58 of the club’s 117 home runs. Believe it or not, a different pitcher bested Yang for 2019 MVP honors: Josh Lindblom, who parlayed his strong season into a three-year deal with the Milwaukee Brewers. Ah well. Yang will have to settle for being the Tigers’ ace.

COVID-19 may have delayed the start of the Major League Baseball season until later this year, but other leagues around the world are either underway or nearing their launching point. Taiwan’s Chinese Professional Baseball League has been active for more than two weeks now, and the Korea Baseball Organization will to kick off its season this week, on May 5.
Call us Disney because we’re doubling down on super Heroes … or don’t. But you can call Kim and Lee big-league prospects.

The 23-year-old Koo is a Scott Kazmir-sized left-hander who led KBO in strikeout rate last season by fanning 9.59 batters per nine. To put things into perspective, the second-highest K rate among starters was 8.74, and that belonged to Lindblom, the league MVP.

Do note we excluded players with past big-league experience since they’re known quantities.

Chu won the CPBL’s Most Valuable Player Award last season, homering 30 times and batting .347/.394/.605. (It can be argued that his teammate Chun-Hsiu Chen, who hit .381/.449/.619 with 22 homers, was more deserving of the honor, but to the sluggers go the spoils.) Chu is on his way to earning more hardware this year, with a .514 average and eight homers in nine games. Chu already owns the league’s half-season home-run record (22), and he’s well-positioned to make a run at Kuo-Huii Kao’s single-season record of 39, set back in 2015.

Prior to the injury, Na was considered one of the top players in the league thanks to his consistently above-average stick: he’s averaged 25-plus home runs over his last five full seasons, and posted an OPS of at least .900 in four of those five tries.
According to advanced metrics, Yang was the best position player in the KBO last season. He hit .354/.438/.574 with 20 home runs and more walks than strikeouts. The Dinos, in other words, had every reason to be pleased with their investment after luring him away from the Doosan Bears with the second-richest deal in league history: four years, and more than million. Kang wouldn’t be able to legally drink here until July, yet he’s sipped on KBO pitching over his first two seasons as a professional by hitting .311/.386/.511 with 42 home runs. In addition to being a heck of a hitter, he’s a former two-way player who has a big-time arm:

Blame MLB‘s relative indifference toward Kim on bad timing. Although he won the 2018 MVP Award, and homered 116 times from 2016-18, he hit just 15 home runs and had his OPS dip from over 1.000 three years in a row to .804 last season. It wasn’t all his fault: the KBO is believed to have altered its ball in order to suppress offense. (See, it happens everywhere.) Yang, who posted a 2.29 ERA over 184 innings while striking out nearly five times as many batters as he walked, throws from an over-the-top slot. He deserves credit for making strides with his command, as he had walked at least five per nine innings in five of his first six seasons; he’s walked 2.1 or fewer per nine in each of his last three seasons.
It would be easy to read the above paragraph and assume Koo was throwing in the mid-to-upper-90s, like his American counterparts. He wasn’t. Instead, he topped out in the low-90s. Velocity just isn’t as readily available in KBO as it is in the States, so the pitchers have to prioritize movement and location. Koo clearly did a good job of that in 2019.

Touting Chu as the world’s most productive player serves as a cute nod at the global pandemic, but it’s important to stress that he’s more than the benefactor of a technicality.  Lee, 21, has great bloodlines: his father, Jong-beom Lee, was a 13-time All-Star and former KBO MVP who once recorded a 30-60 season. The younger Lee won the KBO’s Rookie of the Year Award in 2017 and has hit .338/.400/.449 as a professional. He’s yet to show his father’s penchant for hitting home runs or stealing bases, but he did record this nifty catch:

CPBL announcer Richard Wang credits Chu’s success to his strong wrists and an upward swing plane that enables him to lift the ball. “Maybe I am still living in the past, but Chu’s swing somewhat reminds me of Wade Boggs,” Wang said. “Of course Boggs definitely sported better hitting skills than Chu,” who leads CPBL in strikeouts due in part to an aggressive approach.  Note special thanks to CPBL Stats, MyKBO, and KB Report for the stats included in this piece.

Kim, 24, is expected to be posted by the Heroes this winter. He’s a career .292/.371/.487 hitter who stole 33 bases on 37 attempts last season. A team who believes in his bat could ink him as a starter. At minimum, his speed and his defensive versatility should grant him a wide berth.  If either Heroes player needs guidance on what it’s like to be posted, then Kim could walk them through the process. He was posted by the Bears last winter, but didn’t draw sufficient interest.
Because American fans are more likely than ever to be interested in the CPBL and the KBO, we wanted to provide a cheat sheet of sorts. Below, we’ve highlighted 10 players from the two leagues who you should know about, along with some pertinent information about each.
Na’s defense isn’t stellar, so he’ll have to prove he’s hearty and hale at the dish if he’s ever going to have a chance at a career in the majors. He’ll turn 31 later this year, so the clock is ticking.