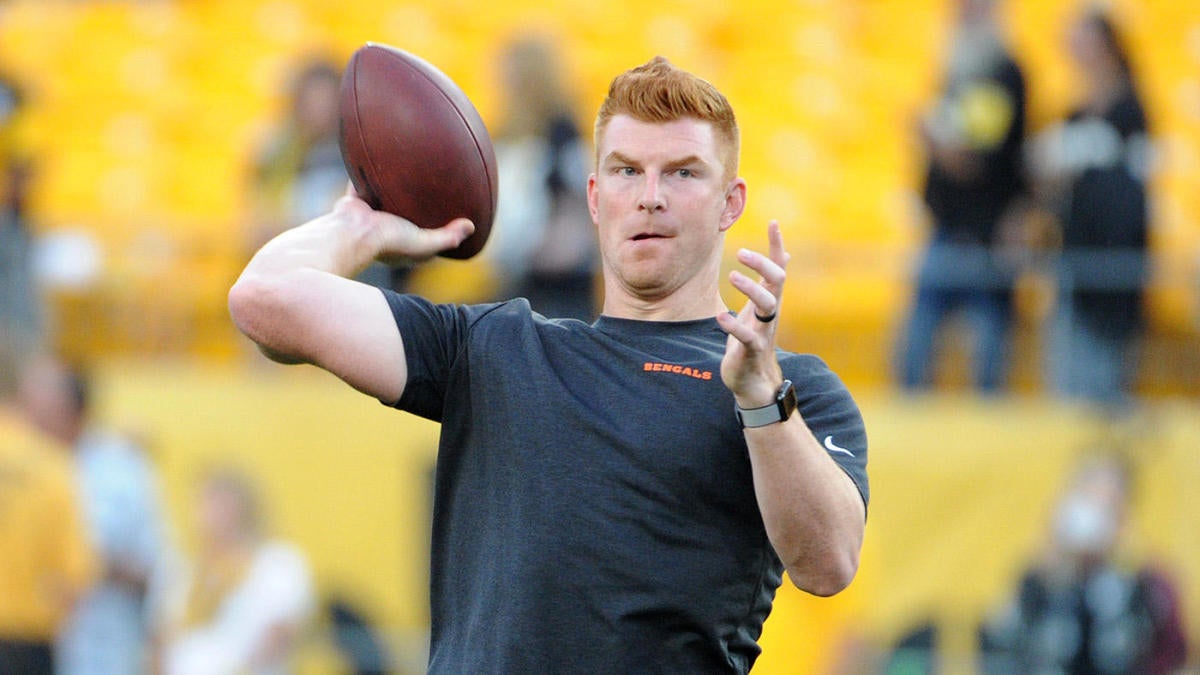 Andy Dalton has signed a one-year deal worth up to $7 million with the Dallas Cowboys, including $3 million guaranteed, according to ESPN’s Adam Schefter. The Cowboys confirmed the signing on Saturday night.

Dalton, 32, is a Texas native who already owns a home in the Dallas area. He played college football at Texas Christian, helping the Horned Frogs defeat the Wisconsin Badgers in the 2011 Rose Bowl.

The Bengals‘ second-round pick in the 2011 draft, Dalton spent nine seasons in Cincinnati, helping the team clinch five playoff berths. Dalton, who lost his starting job last season to then-rookie Ryan Finley, was released by the Bengals on Thursday following the selection of Joe Burrow with the No. 1 overall pick in this year’s NFL Draft.

Dalton helped lead the Bengals to two AFC North division titles and five straight playoff appearances. In the process, Dalton, who posted a 70-61-2 regular season record as Cincinnati’s starting quarterback, was selected to three Pro Bowls while moving past Carson Palmer and Boomer Esiason as the franchise’s second all-time leading passer. He is the franchise’s all-time leader in career touchdown passes (204), fourth-quarter comebacks (20) and game-winning drives (24). Dalton was unable to lead the Bengals to victory in the postseason, however, as Cincinnati is still awaiting their first playoff victory since 1990.

In Dallas, Dalton will now back up Dak Prescott, who was franchise tagged by the Cowboys earlier this offseason. The Cowboys are still trying to come to a long-term contract agreement with Prescott, who set career highs with 4,902 yards and 30 touchdowns last season. Dalton joins a Cowboys quarterback room that also includes Cooper Rush, Clayton Thorson, and rookie Ben DiNucci.

According to the latest projections calculated by CBS Sports’ Stephen Oh, if the Cowboys were to have a falling out with Prescott and slot Dalton in as the starter, there would naturally be a noticeable drop-off in Dallas’ playoff chances. With Dalton over Prescott, the club’s win projection falls from 9.3 to 8.5, win percentage goes from 58.1% to 53.1%, the chances of winning the NFC East fall 14.1%, and the odds of making the playoffs dips from 69.2% with Prescott to 52.6% with Dalton. As for Dallas’ odds to win Super Bowl LV, it only drops 1% with Dalton under center over Prescott. While there are certainly some sizable differences, the price tags on both of these quarterbacks will also vary as Prescott is projected to see a contact that could pay him up to $40 million annually, which is a far cry from the $7 million Dalton can make with this stint in Dallas.

Dalton is the latest former franchise quarterback to accept a backup role with a new team. Jameis Winston, who led the NFL in passing yards and interceptions thrown last season, signed a one-year deal with the Saints shortly after the draft. Cam Newton, the 2015 league MVP, is still on the open market after being released by the Panthers back in March.