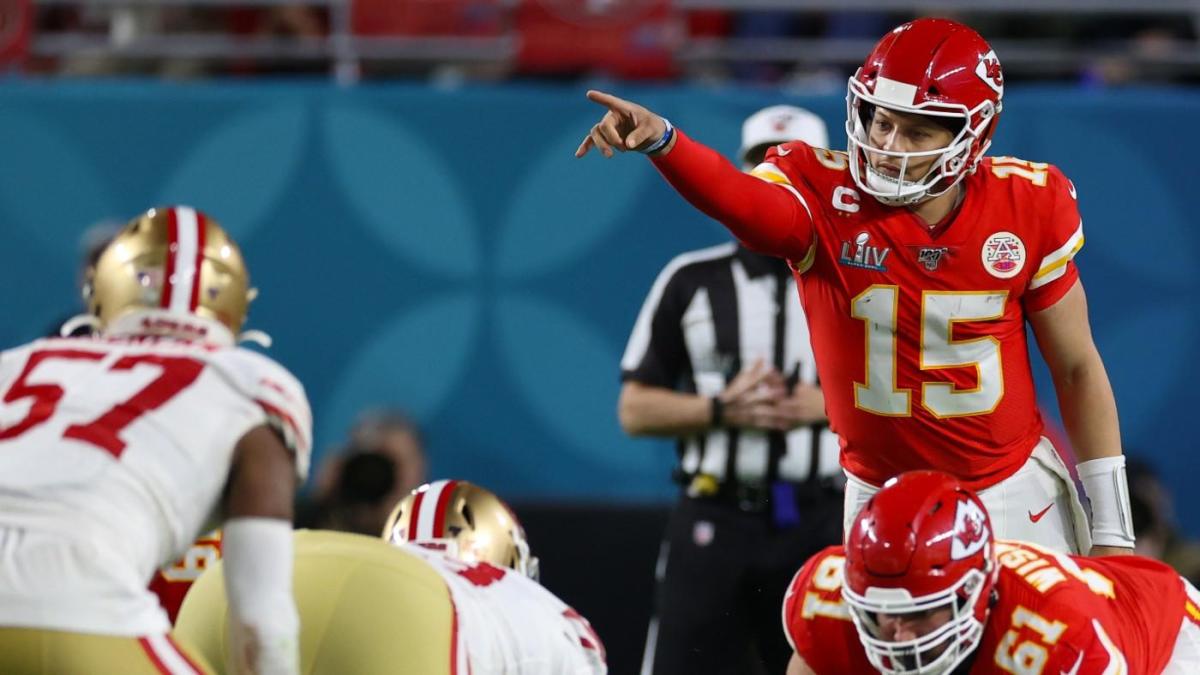 The AFC West belongs to the Kansas City Chiefs, champions of the division for four consecutive seasons and the reigning Super Bowl champions. Kansas City is going for its fifth consecutive division title, attempting to tie the 1972-1976 Oakland Raiders and the 2011-2015 Denver Broncos as the only teams to win the AFC West five straight seasons. With Patrick Mahomes leading the way, the Chiefs shouldn’t have much trouble accomplishing that goal.

What about the rest of the division? What are the other three teams doing to dethrone Kansas City?

The Denver Broncos took immense steps toward building their offense and could be the favorite to knock off Kansas City if Drew Lock takes huge steps in Year Two under center. The Los Angeles Chargers hit the reset button by moving on from Philip Rivers and drafting Justin Herbert with the No. 6 overall pick, but there’s still plenty of talent on that roster to compete for a playoff spot. The Las Vegas Raiders are the big wild card in the division, appearing primed to challenge the Chiefs for the AFC West last December before losing five-of-six to close out the season.

Let’s take a look at how the AFC West stands after the draft and what each team’s outlook is for the 2020 season.

Biggest fantasy question: How much does Clyde Edwards-Helaire play in Year 1? (Ben Gretch)

The Chiefs only had six draft picks and limited amounts of salary cap space heading into the offseason, so it was vital to hit on some of these picks and add depth to a championship roster. Kansas City surprised plenty with the selection of running back Clyde Edwards-Helaire in the first round, but he’ll be another weapon in the passing game for Patrick Mahomes and should compete for the No. 1 running back job immediately.

Kansas City needed a good pass coverage linebacker and found one with Willie Gay in Round 2. They also found excellent value with Lucas Niang in Round 3. The Chiefs had a strong Day 2, where teams can find impact players. They certainly added more starters to a team searching for back-to-back Super Bowls. Was surprising they waited until the seventh round to address cornerback.

Biggest fantasy question: Who is the Broncos’ WR1? (Ben Gretch)

If the Broncos’ goal was to add playmakers for Drew Lock, Denver certainly accomplished that task. Denver had Jerry Jeudy fall to them at No. 15 and double-dipped at wide receiver by taking K.J. Hamler in the second round. Add those two to Courtland Sutton and the Broncos arguably have the best trio of young wide receivers in the NFL.

Denver is committed to Lock as its quarterback and gave him the skill players he needs to take the Broncos back to the playoffs. The Broncos also may have found a Week 1 starter in Michael Ojemudia, who could line up next to A.J. Bouye immediately.

Denver also had one of the underrated moves of the offseason in acquiring Jurrell Casey from the Tennessee Titans. Picture him on a pass rush with Von Miller and Bradley Chubb.

Los Angeles had just six picks in the draft, but ended up taking two in the first round thanks to a trade with the New England Patriots. Whether the Chargers gave up too much to draft Kenneth Murray is up for debate, but he’ll be an excellent playmaker for that defense for years to come.

Justin Herbert fell to the Chargers at No. 6 (which they appeared content to land any quarterback that fell to them). Los Angeles can afford to be patient with Herbert with Tyrod Taylor projected to open the season as the starter. Herbert needs time to develop his skills as he is still raw, but the pick can bring huge dividends.

Shockingly, the Chargers didn’t select one offensive lineman, even though it’s hard to say “no” to K.J. Hill in Round 7.

The Raiders took the first wide receiver off the board in Henry Ruggs, the deep threat Derek Carr and the offense desperately needed. Selecting Damon Arnette at No. 19 might have been a reach, but one can justify the Raiders need for the cornerback once A.J. Terrell went to the Falcons at No. 16.

Lynn Bowden is an interesting pick in Round 3. Did the Raiders really need him? How will they use him? His versatility will be a nice change of pace for Las Vegas in the short passing game or as a speed option to cut down the carries for Josh Jacobs.

The Raiders didn’t have a pick after Round 4 and still have some work to do, but their offense got better.