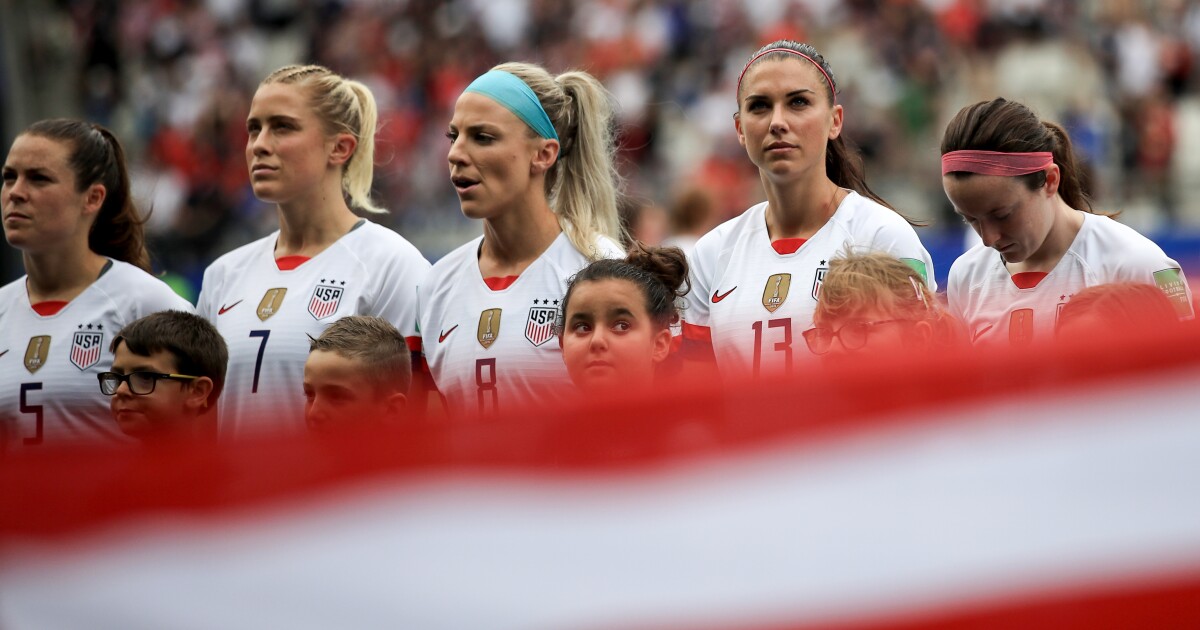 In a major victory for U.S. Soccer, a federal judge on Friday dismissed the unequal pay claim brought by the World Cup champion women’s national team, ruling that the evidence offered by the players’ lawyers was “insufficient to create a genuine issue of material fact for trial.”

In the lawsuit, brought by reigning world player of the year Megan Rapinoe, Alex Morgan and 26 others, lawyers claimed the women were not paid equally under their collective bargaining agreement in comparison to what men’s national team players received and asked for more than $66 million in damages and back pay.

But U.S. District Court Judge R. Gary Klausner, in a 32-page opinion, rejected that argument saying the women declined a CBA similar to the men’s team in favor of one that offered a base salary and benefits.

“The history of negotiations between the parties demonstrates that the WNT rejected an offer to be paid under the same pay-to-play structure as the MNT, and the WNT was willing to forgo higher bonuses for benefits, such as greater base compensation and the guarantee of a higher number of contracted players,” Klausner wrote.

Klausner also rejected arguments the players were subjected to unequal working conditions by being required to play more games on artificial turf. He did allow claims of disparities in travel and medical staff to go forward to trial.

Lawyers representing the players will appeal Friday’s ruling, said Molly Levinson, a spokeswoman for the 28 players represented in the suit, in a statement.

The players filed suit against their federation 13 months ago, arguing they earned less than players on the U.S. men’s team for performing the same work. U.S. Soccer countered by citing the labor agreement the women signed with the federation in 2017, one which pays the women an annual salary and other guaranteed benefit such as health care and family leave that members of the men team do not receive.

Under terms of separate CBAs, a player on the U.S. men’s national team can make as much as $17,625 a game, depending on the opponent and the outcome. A women’s player would get about half that for a comparable result. But the women also receive a base salary of $100,000 a year, plus another $72,500 for playing in the National Women’s Soccer League, the domestic league that U.S. Soccer subsidizes. That guaranteed the top 18 players in the national team pool $172,500 in base salary, in addition to bonuses and game-day pay. Other players get slightly less.

The federation also offers women players health insurance as well as maternity and adoption leave. Male players are paid by U.S. Soccer only if they make the 18-man roster for an international game.

As a result, Klausner dismissed claims the women were subject to pay discrimination.

“We are shocked and disappointed with today’s decision but we will not give up our hard work for equal pay,” Molly Levinson. “We are confident in our case and steadfast in our commitment to ensuring that girls and women who play this sport will not be valued as lesser just because of their gender.”

In a statement, U.S. Soccer said, “We look forward to working with the Women’s National Team to chart a positive path forward to grow the game both here at home and around the world. U.S. Soccer has long been the world leader for the women’s game on and off the field, and we are committed to continuing that work to ensure our Women’s National Team remains the best in the world and sets the standard for women’s soccer.”

A few players posted comments to Twitter shortly after the decision was the reported:

“We will continue on in the fight for equal pay,” teammate Christen Press said.

Megan Rapinoe added: “We will never stop fighting for equality.”