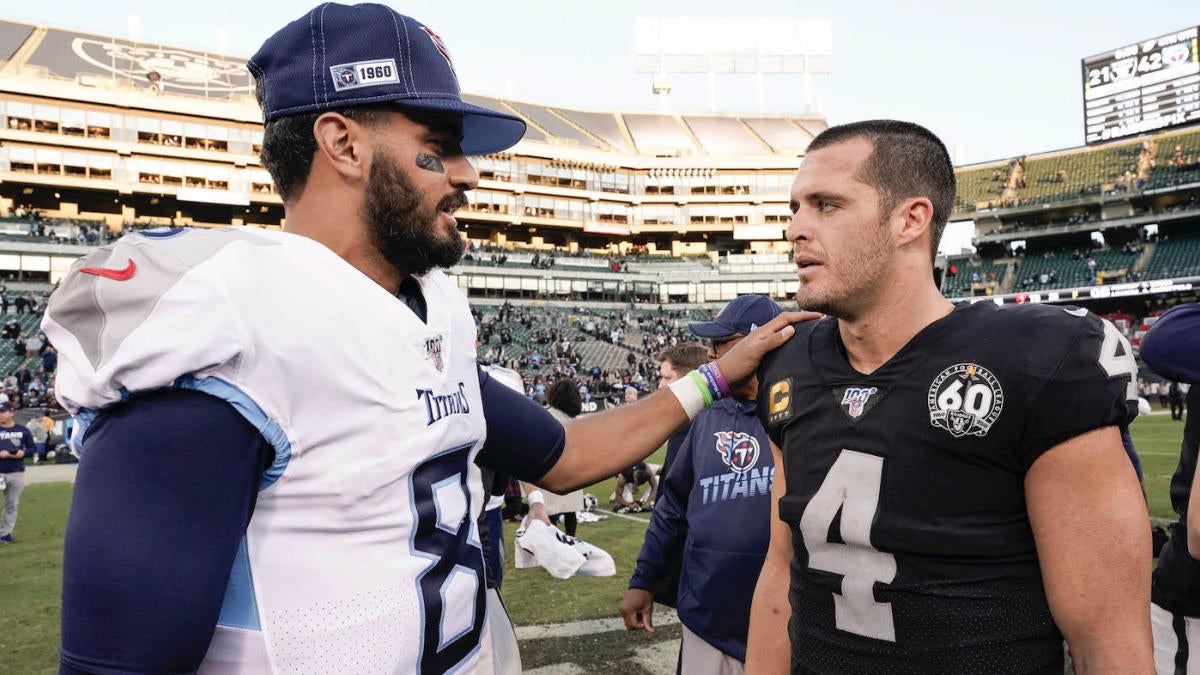 If you strictly followed the headlines, Derek Carr has endured a topsy-turvy offseason with his future with the Raiders hanging in the balance. With high-quality quarterbacks, including Tom Brady, entering free agency and Carr’s dead cap hit dropping tremendously, it appeared as if a window had opened for the franchise to move on and start anew as they get ready to play in Las Vegas for the first time. When the dust settled, however, and free agency along with the draft came and went, Carr still stands as the Raiders’ projected Week 1 starter in 2020, which is an outcome he expected all along.

“No. And I say no without getting into too much detail,” Carr told The Athletic’s Vic Tafur when asked if he had any concerns about his job security. “I can tell you that Mr. Mayock and Mr. Gruden both called me and said that they did their due diligence on everything. … And they can tell you that in their own words. I am not going to say what they said, because it’s kind of awesome and I don’t want them to have to answer for it. But I felt very comfortable with what they said.

“I’ve never been blindsided by these guys. That would be the only time I’d be mad, but every word that they’ve said to me, they have stuck true to.”

For a moment, the Raiders did seem to go big game hunting and tested the Tom Brady waters as the six-time Super Bowl champion was set to leave New England after 20 years with the Patriots. Kicking the tires on Brady didn’t seem to miff Carr too much, as he admitted the franchise would be “crazy” not to at least discuss bringing aboard someone of TB12’s caliber.

“Obviously, our GM and coach made their decision,” he said. “I know we live in a world of hot takes, and we gotta make some controversy, but the guy won six Super Bowls and every team in the league popped in his film when he became a free agent. I will just say that I’m glad to be our quarterback and I was very, very confident that I would be the whole time.”

The Raiders did sign a quarterback in free agency, bringing aboard former Titans first-rounder Marcus Mariota. Currently, he’s pegged as Carr’s backup, but the organization — specifically GM Mike Mayock — was high on Mariota coming out of college. Regardless, Carr is also unbothered by Mariota’s presence in the quarterback room.

“I gotta be honest with you, it doesn’t even bother me one bit,” he said. “And that is being completely true to myself. No one outside of who I am is going to push me harder than me.”

Carr is coming off a 2019 campaign where he had notched career-bests in completion percentage (70.4%) and passing yards (4,054). He also threw 21 touchdowns and his eight interceptions were his fewest since 2016. That production seems to have been enough to convince the Raiders braintrust that he is worth riding into this new Vegas era with for the foreseeable future.