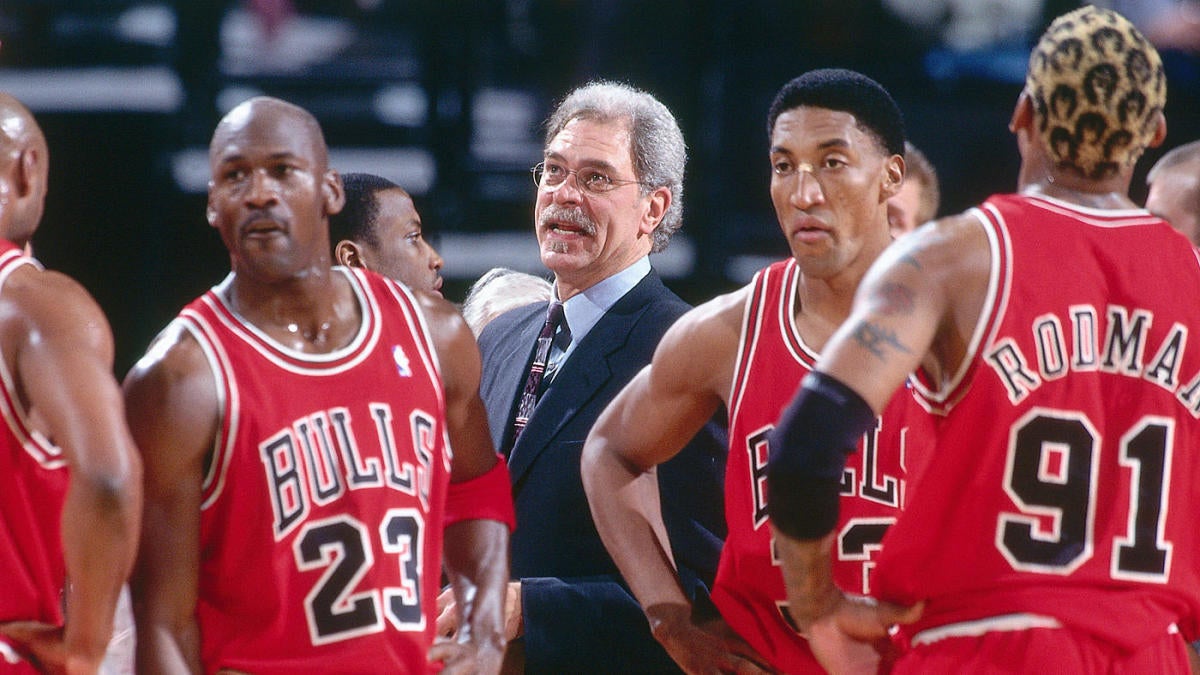 The Chicago Bulls‘ dynasty was going to end in 1998 no matter what. Jerry Krause, the general manager at the time, was determined to move on from Phil Jackson as coach, and Michael Jordan was equally determined not to play for another coach. Krause also didn’t want to keep Scottie Pippen around and pay him what he was worth on the open market. It’s safe to say the three of them did not get along particularly well with Krause.

Thus, the Bulls disbanded following the 1997-98 season despite the fact that they had just won three straight NBA titles. What would have happened had the Bulls stuck together for another season or two remains one of the biggest what-ifs in league history. Would they have won a fourth consecutive title? Former Bulls forward Dennis Rodman certainly thinks so. In an appearance on ESPN’s “First Take,” Rodman said the Bulls would have “easily” won a fourth consecutive championship in 1999 had the team stuck together. Instead, the San Antonio Spurs won their first of five titles in 1999.

The Bulls, and especially Jordan, still appeared to be near the peak of their powers in ’98. They took down the Utah Jazz in six games in the NBA Finals, and Jordan averaged 32.4 points per game while shooting 46 percent from the floor throughout the 1998 playoffs; certainly not the numbers of a player on his last legs. Pippen still had gas left in the tank too, as he continued to produce at a relatively high level for several more seasons in Houston and Portland. Jackson also had a lot left to give as he went on to lead the Los Angeles Lakers to five championships. Plus, the 1998-99 season was shortened due to a lockout and started much later than usual. Because of this the Bulls would have had some additional rest after their three straight championship runs, which would have worked in their favor.

Thus, it’s tough to disagree with Rodman. At the time, the Bulls were head and shoulders above the rest of their competition in the Eastern Conference, including the New York Knicks team that reached the Finals the year after the Bulls broke up. The upstart Spurs led by a young Tim Duncan and David Robinson would have been a formidable test for Chicago in ’99 — and it certainly would have been fun to watch Rodman and Duncan battle on the block. Ultimately though, the Bulls gave us no reason to doubt their ability to win it all again. It’s tough to bet against a team that went to six Finals in eight years and won them all.