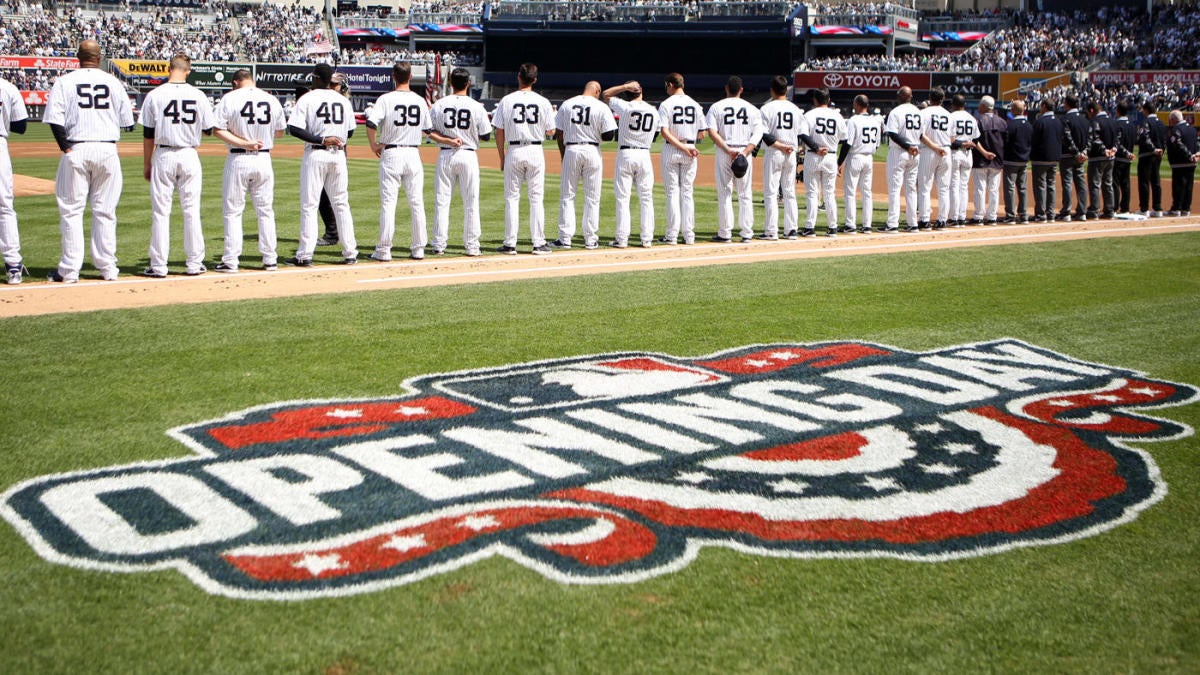 You can make the case that we should’ve put an agreement with the union at the top of the list. We’re putting it here, however, because the league needs to address the first three points before it can approach Tony Clark and the players with a realistic plan.
We noted this when the proposal du jour was the “Arizona Plan,” and it remains true.
For as long as Major League Baseball’s season is delayed by the spread of the novel coronavirus, it seems likely that new proposals and ideas will be leaked through the press. Just last week, for instance, we reported on a three-hub concept discussed in league circles that would see teams stationed in Arizona, Texas and Florida. A handful of other proposals have been discussed, and there’s a growing sentiment that MLB will try to start some form of a season this summer.

The most obvious potential snag is the availability of testing for the coronavirus. If every team tests each player on the 26-man roster daily, then that would mean MLB is burning through more than 20,000 tests a month — and that’s without including coaches, trainers, scouts, executives, grounds crew, umpires or anyone else who might come into contact with those individuals. The state of Arizona, as a whole, has thus far administered just more than 33,000 tests.
MLB would be wise to implement similar provisions. We think MLB should be taking notes from what the Korea Baseball Organization intends to do as it nears the start of its season, especially on the hygiene front.

With that in mind, let us highlight five particular developments that need to happen before MLB can have a season of any kind.

KBO is requiring every player to have their temperature taken twice daily. On top of that, they’ve banned spitting and barehanded high fives, and have encouraged players to wear masks and gloves when they aren’t in the dugout or on the field. (Non-playing personnel are also being tasked with wearing personal protective equipment.)
Nearly a month later, the state of Arizona is over 60,000 tested. That isn’t the kind of increase that suggests MLB will (or should) be able to secure large quantities of testing for its own use. More progress can be expected over the coming weeks, but it’s unclear if it’ll be enough.

We don’t know the answers, but the league better before it hits launch on any season.
Basically, the league needs to treat the players like human beings, not just cogs.
Even if MLB doesn’t test everyone on a daily basis, it’s still looking at an uphill battle to make the numbers work.

It stands to reason that at some point, MLB will have to face a reality wherein a player has contracted the coronavirus. What happens then — does the league quarantine that player, and hope for the best? Will play be suspended? Will the season be canceled?
Some other key points the league will need to find common ground with the players on:
MLB needs to be able to test the players, the coaches, the front office executives, and any number of other, largely anonymous groups of people — the hotel workers, the clubhouse workers, and so on — who are necessary in order for a baseball season to occur.

Should MLB and the union agree to all of the above, there’s still other things they need to hammer out. What the schedule looks like; how many players will be allowed on a roster; if there will be any travel during the regular season; where postseason games will be played; and so on and so forth until the cows come home.
Here’s what we said then:

At a time when league sources are expressing confidence, to CBS Sports and others, that a 2020 season will happen, there’s clearly a good deal of work that needs to be done before that optimism can manifest in games.

As we noted last week, a number of things must happen before any proposal comes to fruition. “A number of things” is an admittedly vague statement.
Another note MLB should borrow from KBO: having a contingency plan in place. If/when a player tests positive for COVID-19 in Korea, that individual will be quarantined and the league will shut down for three weeks.