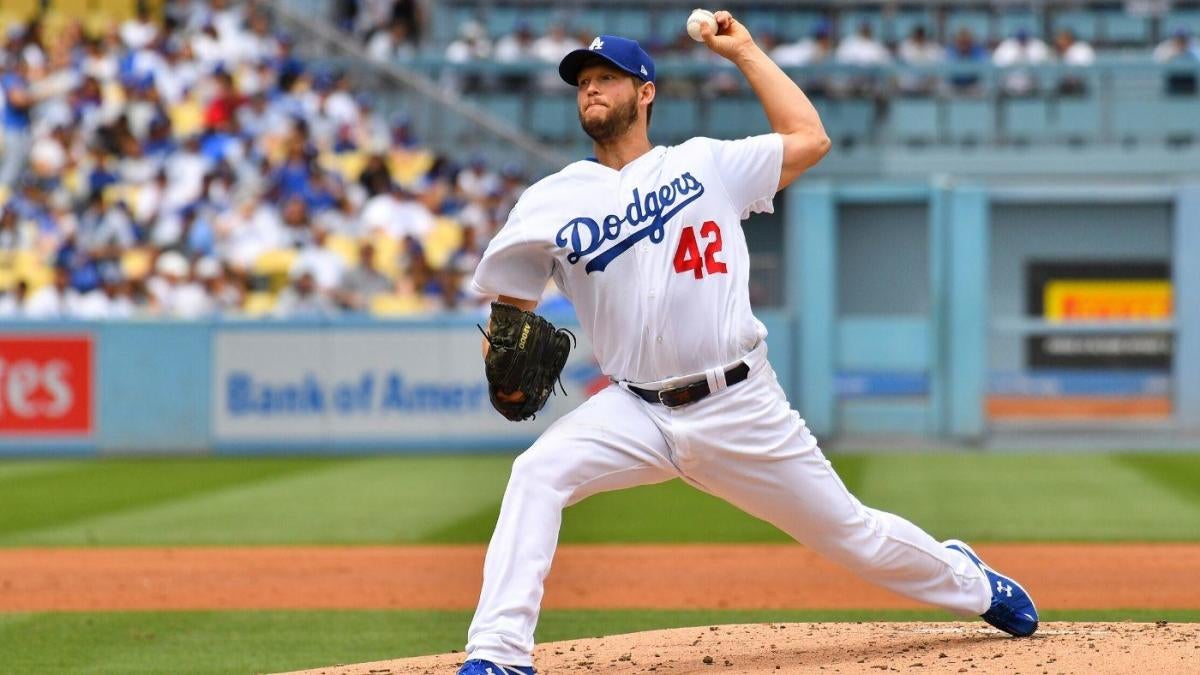 Gagne’s three-year run was insanity, with the “Welcome to the Jungle” blaring and “Game Over” posted on the scoreboard. It was also only three years.

Mike Scioscia and Russell Martin had some good seasons, but this is coming down to two Hall of Famers. The Dodgers traded Mike Piazza mid-prime, fresh off two straight runner-up finishes in MVP voting. In parts of seven seasons with the Dodgers, Piazza hit .331/.394/.572 (160 OPS+) with 177 homers and 563 RBI in 726 games. Roy Campanella won three MVPs in his 10 seasons with the club, though. His offensive numbers aren’t as stellar, but he’s the pick. Campy led the league in caught stealing percentage in each of his first five seasons. For his career, Campanella threw out 57 percent of opposing base stealers. That’s an MLB record.
Green’s out. Guerrero spent a lot more time with the Dodgers and won (split with Cey and Steve Yeager) the 1981 World Series MVP. I’ll take him by just a hair.

A tip of the cap to Steve Garvey and we need to mention Cody Bellinger at some point. Pre-integration star Dolph Damilli merits mention as well. The pick is Gil Hodges, though. Hodges spent parts of 16 seasons with the Dodgers and played for both Brooklyn and Los Angeles, winning a ring in each locale. He got MVP votes in nine different seasons, topping out at seventh in 1957. In his Dodgers career, Hodges hit .274/.360/.488 (120 OPS+) and sits seventh in career Dodgers WAR among position players.

Steady as they come, Pee Wee Reese finished in the top 10 of MVP voting eight times. He’s the franchise leader in position player WAR, too. Maury Wills has an MVP, three rings and six stolen base titles. I’ll go with Reese, but it was really close. Corey Seager has a shot to join the fray someday and Bill Russell deserves a name check.

In an effort to avoid going stir crazy with MLB and every other major sports league shut down during the coronavirus pandemic, I’ve decided to take a look at the best of the best for each baseball franchise. We’ve created a 30-day series making an all-time team for each MLB club. We’re breaking down one team each day throughout April, and that journey concludes today in Los Angeles.

As always, feel free to send me your all-time lineups on Twitter. And you can check out each team’s all-time roster here.
Marshall was a different kind of animal than we see these days. He won the Cy Young in 1974 with 208 1/3 innings pitched. All of that was in relief. He appeared in 106 games. He was 15-12 with 21 saves. It’s quite astounding considering how relievers are deployed these days. Alas, he only spent parts of three seasons with the Dodgers, so he’s out.  We’ll mention Bellinger again, but it boils down to Pedro Guerrero, Reggie Smith and Shawn Green. Let’s take a look at the rate stats.

Some might pick Zack Wheat, but he’s from the 1910s-20s and isn’t an inner-circle great, so I’m avoiding. Gary Sheffield only spent parts of four seasons (526 games) with the Dodgers, but he absolutely raked. He hit .312 with a 160 OPS+ and 129 homers (his most of any career stop). Tommy Davis is definitely in the mix for his 1962-63 performance, but those two seasons are doing a lot of work in holding up his career line. Speaking of which, Kirk Gibson won MVP and hit one of the most famous home runs in World Series history, but his other two seasons with the Dodgers were forgettable. Dusty Baker had an excellent run. Jim Gilliam was a consideration and we are probably looking at a right field backlog, but I like Sheffield out here by a nose.
Let’s zero in on the peaks of the remaining three.
Was Sutton a compiler? He was only an All-Star four times in 16 years with the Dodgers. He did win an ERA title, but only posted a 110 ERA+. He’s the franchise leader in wins, shutouts, innings and strikeouts, but also in hits allowed, earned runs allowed and losses. I’ll toss him out and go with bigger upside.  Workload caught up to Fernando. From 1981-86, though, he was 97-68 with a 2.97 ERA (118 ERA+) and 1.19 WHIP with a Cy Young and three other top-five finishes. He threw well in the playoffs en route to the 1981 title.
Baseball Stars uses six characters for each name. What follows is the Baseball Stars lineup.
I hate to do it because he was such a huge deal there, but I have to cut Fernando. I wish I had a fifth spot.
SP: Sandy, Kersh, Orel, Don D
RP: Kenley
On the bench, we’ll go Mike (Piazza), (Steve) Garvey, Reggie (Smith), Justin (Turner) and Cody (Bellinger). Solid, if not spectacular, lineup with one of the best pitching staffs we’ve seen.  Jackie Robinson is the easy and obvious selection. In addition to his trail-blazing legacy, Robinson’s peak was a stat-filling sensation. From 1949-54, Robinson hit .327/.428/.505 (145 OPS+) while putting up 162-game averages of 34 doubles, seven triples, 18 homers, 98 RBI, 113 runs, 23 steals and a ridiculous 8.1 WAR.

The final entry in our 30-part series is one of baseball’s most storied franchises. It’s the Los Angeles Dodgers, formerly of Brooklyn.
As a (hopefully?) fun twist, I’m making a Baseball Stars team for each. That’s right, the old-school Nintendo video game “Baseball Stars,” which I still consider to be the best baseball video game ever. It allowed you to create teams and I used to make all-time lineups for prominent MLB franchises. There are the eight position players with four starting pitchers, one reliever and five bench position players on each Baseball Stars squads.
I’ll go with Jansen. He was one of the best — if not the best — relievers in baseball for five-plus years.  Davey Lopes and Steve Sax are among those who deserve to be mentioned, but this was a blowout.

Dazzy Vance was a pre-integration stud we’ll be leaving off. The last two spots are going to come down to Don Sutton, Don Drysdale, Orel Hershiser, Fernando Valenzuela, Bob Welch and Zack Greinke.

The top two are lefties and will be picked without even having a discussion. Sandy Koufax and Clayton Kershaw.
Greinke’s three-year run was outstanding (51-15, 2.30 ERA) but absent a Cy Young or World Series run, it doesn’t seem like he was around long enough. Cross him off.
Well this isn’t getting any easier. With apologies to the likes of Jeff Shaw, Todd Worrell, Jonathan Broxton and a host of others, we’ve got three elite options here. It’s Kenley Jansen, Eric Gagne or Mike Marshall.

Sports News - October 20, 2020
0
Whether it's Paul or others, the Lakers will be able to add significant talent this offseason