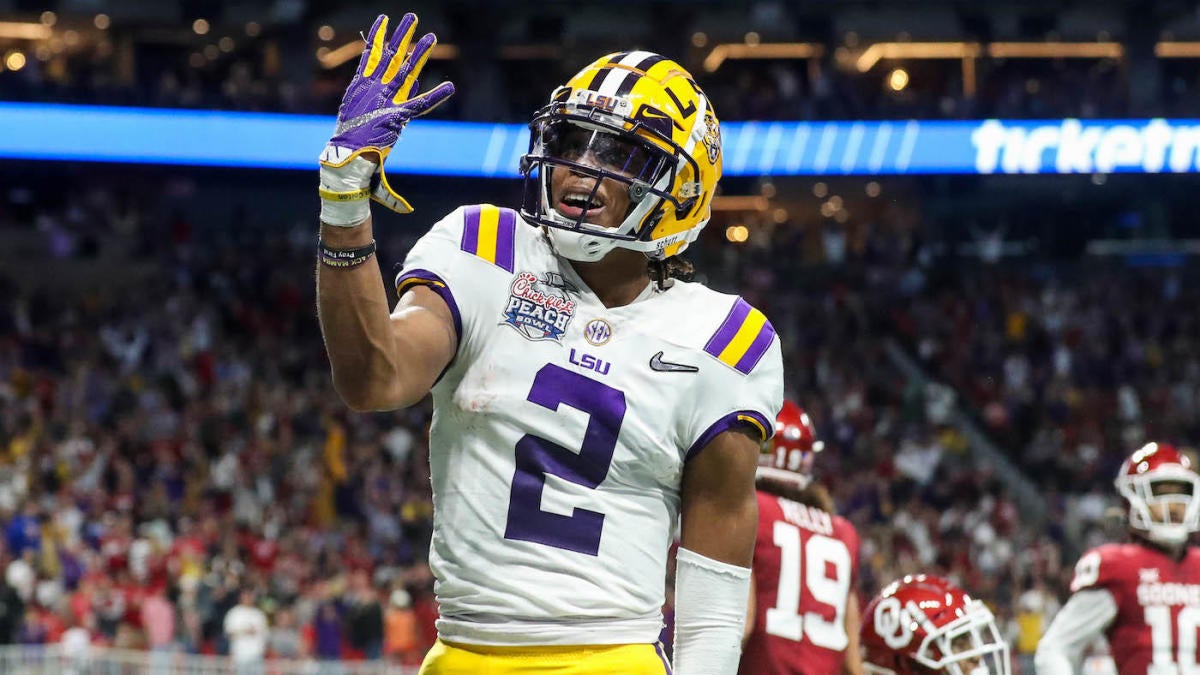 While the 2020 NFL Draft class was stacked with wideouts, there was one that was seemingly making a late push up draft boards. Former LSU wideout Justin Jefferson was a large part of the Tigers’ undefeated 2019 campaign, and a longtime NFL offensive coordinator/receivers coach even told Bucky Brooks of NFL.com that Jefferson was one of the best receivers he’s ever studied. Despite the high praise, Jefferson fell all the way to the Minnesota Vikings at No. 22 overall.

While he was still a first-round pick, Jefferson wasn’t too excited that a total of four wide receivers were taken before him. During a Thursday appearance on The Zach Gelb Show on CBS Sports Radio, Jefferson said that he was definitely shocked multiple wideouts were taken over him last week.

“I mean, yes,” Jefferson said. “I felt like I was the best receiver in this draft class, and being the fifth receiver off the board, it kind of was a shocker. But also having that on my shoulder going into this next season with Minnesota, I’m definitely excited to show the world what I have.”

Jefferson was one of No. 1 overall pick Joe Burrow’s top wideouts last season, as he caught 111 passes for 1,540 yards and 18 touchdowns. He also had an unforgettable performance against Oklahoma in the Peach Bowl — when he caught 14 passes for 227 yards and four touchdowns. All four of his receiving touchdowns came in the first half.

While Jefferson is confident he can quickly prove that he’s a legitimate NFL receiver, he wants more than that. He wants the Las Vegas Raiders, the Denver Broncos, the Dallas Cowboys and the Philadelphia Eagles to regret passing up on him in the first round.

“Every single person that picked a receiver instead of me are going to pay,” Jefferson said. “I’m going to show them that I am the better receiver than the pick that they had. . . . I’m definitely excited to go into Minnesota and [compete] for [a] Super Bowl.”

Jefferson figures to replace Stefon Diggs — who was traded to the Buffalo Bills earlier this offseason. The former LSU star certainly has the talent to do so, along with the motivation to embarrass the four teams that passed on him.