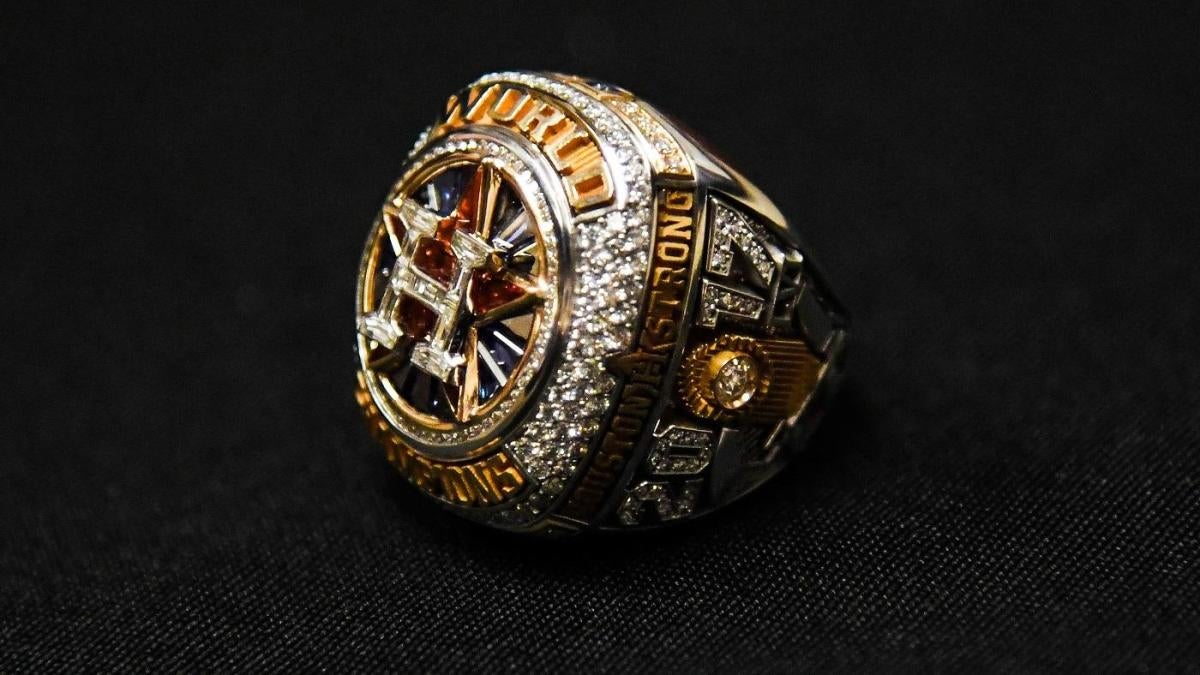 The ring belonged to former Astros scout David Brito, though he wasn’t the one auctioning off the jewelry. That was being done by Goldin Auctions, who said that the auction was being canceled and that the ring was being returned.
The Houston Astros have intervened in an auction of a 2017 World Series championship ring, even after the team was told that the proceeds would go toward coronavirus relief efforts. There is apparently a legal agreement in place with the ring holder that allows the Astros to buy back the championship hardware back from its original owner for before it gets sold in any secondary market.
While it was explained to the Astros that Goldin Auctions’ buyer premium would go towards a good cause — namely Cooper Hospital and personal protective equipment at CAMCare health centers in New Jersey, two groups that are battling coronavirus–that didn’t stop the organization from invoking the agreement. While most franchises would understandably be less than pleased that a rare piece of personalized championship memorabilia was being put up for auction, the Astros are particularly incentivized to prevent the rings from getting into a stranger’s hands due to the cheating controversy the team was involved with during that title run.  The Chicago Cubs shut down a similar when a scout from their organization also tried to auction off their 2016 World Series ring after signing a similar agreement that gave the team the first right to buy the ring back for . The team announced that the scout was no longer with the team on the day that story broke, according to the Chicago Tribune.