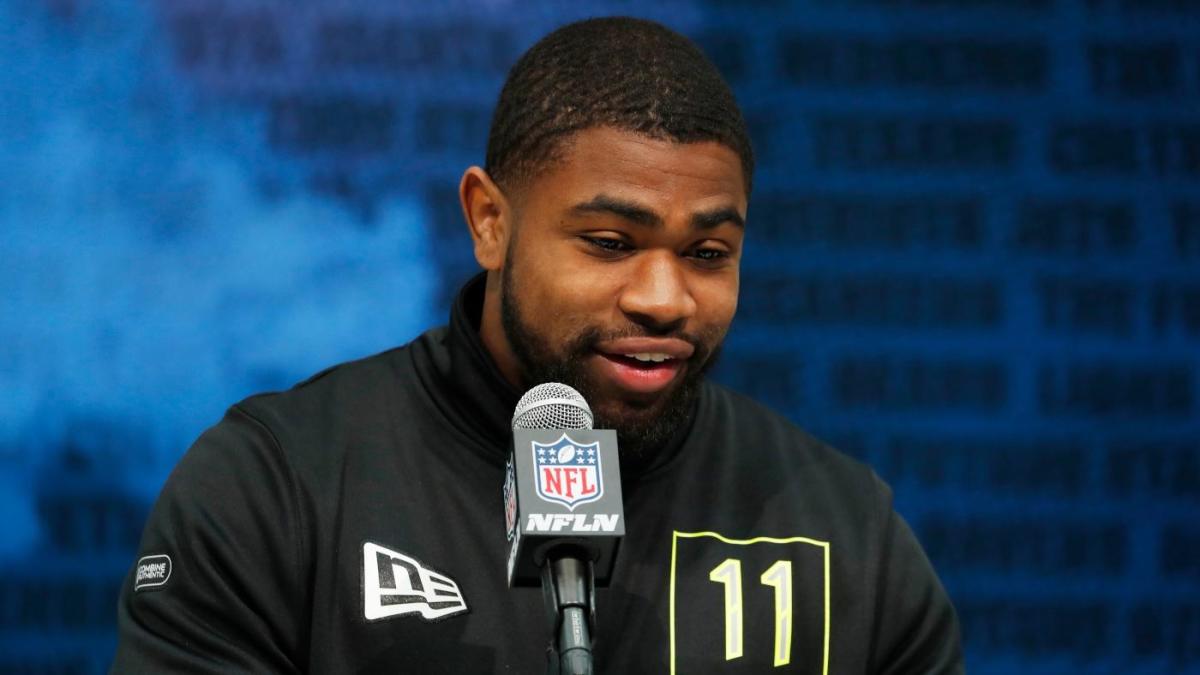 Every team has different objectives in the NFL Draft. Some are looking to draft based on need while others are content taking best player available. Some teams are picking players that can contribute early while others may not enter the picture until a year or two down the road.

CBS Sports examines the best and worst fits in the 2020 NFL Draft.

The Bengals have been unable to get over the hump with Andy Dalton as their quarterback. After benching him last season in favor of Ryan Finley, it became abundantly clear that the franchise was ready to move on to someone new. Finley was not the answer either. Fortunately, the stars aligned as a Southern Ohio native was delivering arguably the best season of college football that anyone has ever seen.

In terms of strengths and weaknesses, Burrow is a more mobile version of Jared Goff, who worked with Zac Taylor in Los Angeles. Burrow also does a tremendous job pre-snap. Cincinnati gets their franchise quarterback from just down the road in Athens, Ohio.

Desmond Trufant and Okudah are a better cornerback tandem than what Detroit had last season. Okudah is a passionate, physical cornerback on the edge that is willing to fly in on run support. The Patriot way has called for depth and athleticism in the defensive backfield. The Lions took strides toward that goal.

49ers fans were all over me about projecting Kinlaw to their team in the first round after trading DeForest Buckner. Well, well, well, how the turntables … (That’s a reference from The Office for anyone who did not recognize it). San Francisco’s identity last season was applying pass rush from all levels. By trading away Buckner, they created a potential void in the roster. The selection of Kinlaw fortifies that group once again.

Minnesota traded away Stefon Diggs this offseason, which gave the illusion that opposing defense’s were closing in on Adam Thielen. Jefferson will force them to remain honest. Jefferson primarily worked out of the slot last season but shows the ability play outside. Gary Kubiak’s system will lead defenses in one direction allowing the LSU product to work across the field. His best attribute is his ability after the catch. Kubiak will give him those chances.

Queen uniting with the Ravens always seemed likely barring another team stepping in to save the day. Linebacker was identified as a position of need this offseason and they were able to accomplish it with one of the draft’s best. Queen is a small, rangy linebacker that should bring some tenacity to that defense. They doubled down later by picking Ohio State’s Malik Harrison. The front seven is in great shape once again.

I kept hearing that Andy Reid does not take running backs that early in the draft. There is no better position to make a luxury pick than the year a team is coming off a Super Bowl victory. The best time to take a running back is when the quarterback and rest of the team is in place. Everyone wanted to ignore the signs but the position always made sense for Kansas City.

Edwards-Helaire is a tough, well-balanced runner that will be able to take some of the pressure off Patrick Mahomes. He is adept in pass protection as well as catching passes out of the backfield. With another dynamic piece to the puzzle, Kansas City’s offense becomes even more difficult to defend.

Indianapolis has had the smaller, fast T.Y. Hilton for quite some time so everyone imagined they would select a taller wide receiver to pair with him. Philip Rivers had grown accustomed to having some larger targets in Los Angeles as well. Pittman carries himself like a professional and will attack his new challenge as if he just went undrafted. His attention to detail with releases and route-running will allow him to find success early.

Lewis has received a lot of repetitions in pass protection. He also showed a lot of strength in the run game. Seattle got great value when they selected him in the third round.

Don’t take my word for it, just look at what Seattle has done post-draft. They released Justin Britt and D.J. Fluker, which suggests they are expecting some rookies to contribute early.

New Orleans may not have had many selections but they did get some players that fit their scheme. Baun was projected as a potential first-round pick before sliding to Day 2. The Saints mercifully ended his slide at No. 74 overall. It was a great addition to their team. It will likely not be long until Baun assumes a starter’s role. They have done a good job building competitive depth across the linebacker unit.

Jared Cook did a great job last season and the team decided to bring him back for another season. However, he did just turn 33-years old and zero long-term solutions were on the roster. Trautman may need some development coming from Dayton but the presence of Cook will allow him to learn at his own pace.

There is nothing not to like about Ruggs. He is a fast receiver that can be used in a variety of ways. The concern is with the quarterbacks tasked with getting him the football. Derek Carr does not have the strongest arm so, will they able to fully utilize Ruggs’ talents this coming season?

The AFC North has always been known as a physical division and the Steelers are a physical team. Their offensive line is built more as a tough-nosed run blocking team. McFarland is a one-cut back and then he is off to the races. His straight line speed is his best trait. Running between the tackles is not his forte. It will be interesting to see how Pittsburgh plans to use him.

Blacklock might not have been the most expected fit in a base 3-4 defensive scheme. Most teams do not operate out of their base scheme the majority of the time so I am assuming they have other plans for him. If their goal was to replace D.J. Reader, it did not happen with this selection.

On the surface, the Ruiz selection seems odd but a resolution is likely to come in the next few months. It seems inevitable that the team will release Pro Bowl offensive guard Larry Warford post-June 1. Seeing the plan requires some projection. If those are the team’s intentions and Ruiz is their starting guard then it provides some clarity. They drafted Erik McCoy last year to play center and he did extremely well.

Brooks was never a top option of mine. The first round was way too early in my opinion. NFL teams must adapt to the rest of the league rather than trying to create their own identity. The NFL has moved to a more pass-happy approach and Brooks is not the most skilled in that area.

It is difficult to question Bill Belichick and the vision that he has for this pick. I have been critical of Dugger’s selection this early and am intrigued to see how the coach plans to deploy his new defensive weapon. His skill set probably necessitates a move to linebacker but he is a wrecking ball when moving downhill.

It appears that the Patriot way is in play with another AFC East team as they build depth in the secondary. Xavien Howard and Byron Jones are two of the highest paid cornerbacks in the NFL. It does not make much sense for Miami, a team with several needs, to use a first-round selection on another cornerback. Could they move someone to safety? Will Howard eventually become a salary cap casualty?

There was no issue with the Patriots using an early pick on tight end Devin Asiasi. He is a good player. To double down with Keene, who will require a much more specific, less explosive role was a bit confusing. It suggests they might want to become more run-heavy next season.

In an ideal world, Tampa Bay would have landed a more consistent, better pass-protecting running back to pair with Brady. Vaughn is an explosive player that can contribute as a pass catcher but it is not an ideal fit. It is hard to chastise the Buccaneers too much considering the two best options, D’Andre Swift and Edwards-Helaire, were already off the board.

Muse played safety for the Tigers but will likely play down at linebacker in the NFL with his size; at least that is how I would use him. It will be interesting to see how the Raiders plan to use him because there is not much precedent for a player of his size and skill set. At the end of the day, it felt like a reach for him to be drafted late Day 2.