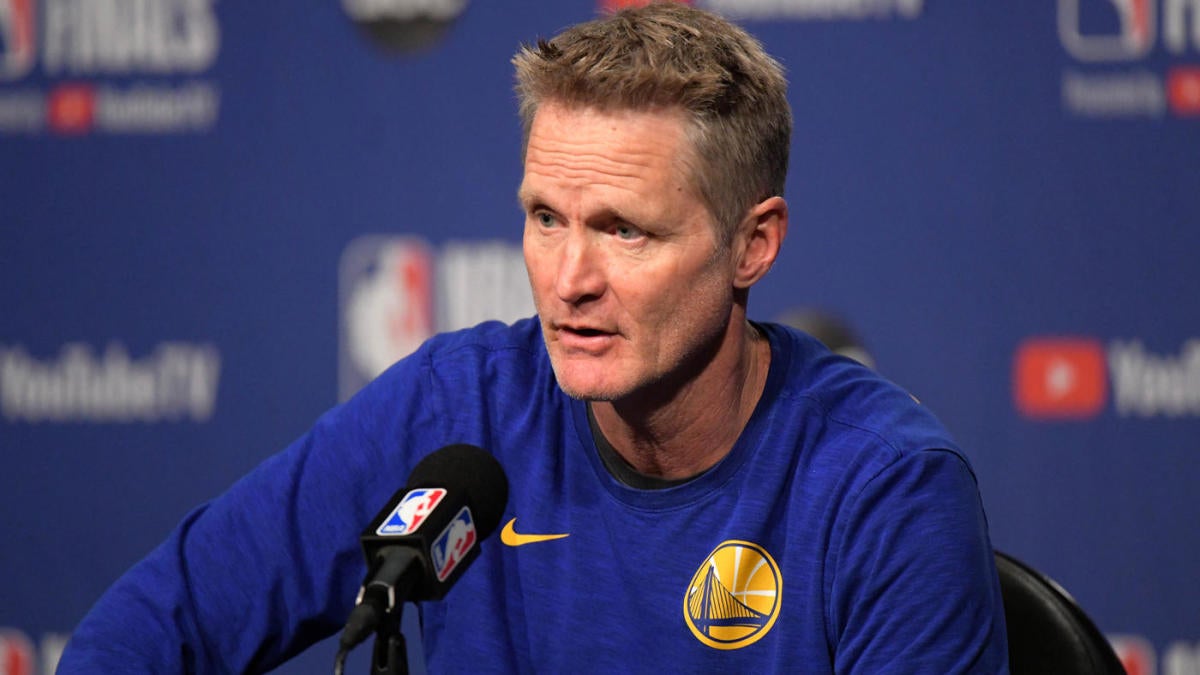 The status of the 2019-20 NBA season is still completely up in the air due to the coronavirus pandemic. The NBA wants to begin reopening some practice facilities, but recently pushed back the date back to May 8. As for the season, the league still isn’t close to making a final determination.

Considering how close they were to finishing things up — just a few weeks of regular-season games, followed by the playoffs — the NBA does have some flexibility that other leagues, say the MLB or MLS, do not. However, as the weeks roll along, and basketball still seems out of reach, it’s easy to start feeling pessimistic.

That’s especially true for teams who aren’t going to be a part of the playoffs, and Golden State Warriors head coach Steve Kerr acknowledged as much on Tuesday during a conference call with media.

“It feels like the end of our season,” Kerr said. “We’re staying in touch with our guys, but it definitely feels like the season is done for us.” In regards to a recent Zoom meeting with the players, he added, “it felt like our annual exit meeting.”

One of the options the league has in trying to finish up this season and crown a champion is skipping straight to the playoffs. With the worst record in the league, the Warriors would obviously not be a part of that process. In fact, they’re the only team who has already been mathematically eliminated from contention.

While forgoing the rest of the regular season would be a tough blow for teams fighting for a spot, it would make the logistics much easier. Any basketball that ends up getting played is likely going to happen in some sort of isolated bubble, and every additional team that’s included means needing more tests, more resources and potentially putting more people at risk.

Besides the obvious financial one, what is the benefit for teams like the Warriors to go through all that trouble in order to play some meaningless games? As an anonymous member of the Warriors put it to Anthony Slater of The Athletic, “You think we’d have Steph do all that?” asked one member of the organization. “Draymond? Klay?”

And so, considering those logistical and motivational problems, coupled with the continued uncertainty surrounding the virus, it’s very easy to imagine teams like the Warriors have already played their last games this season.