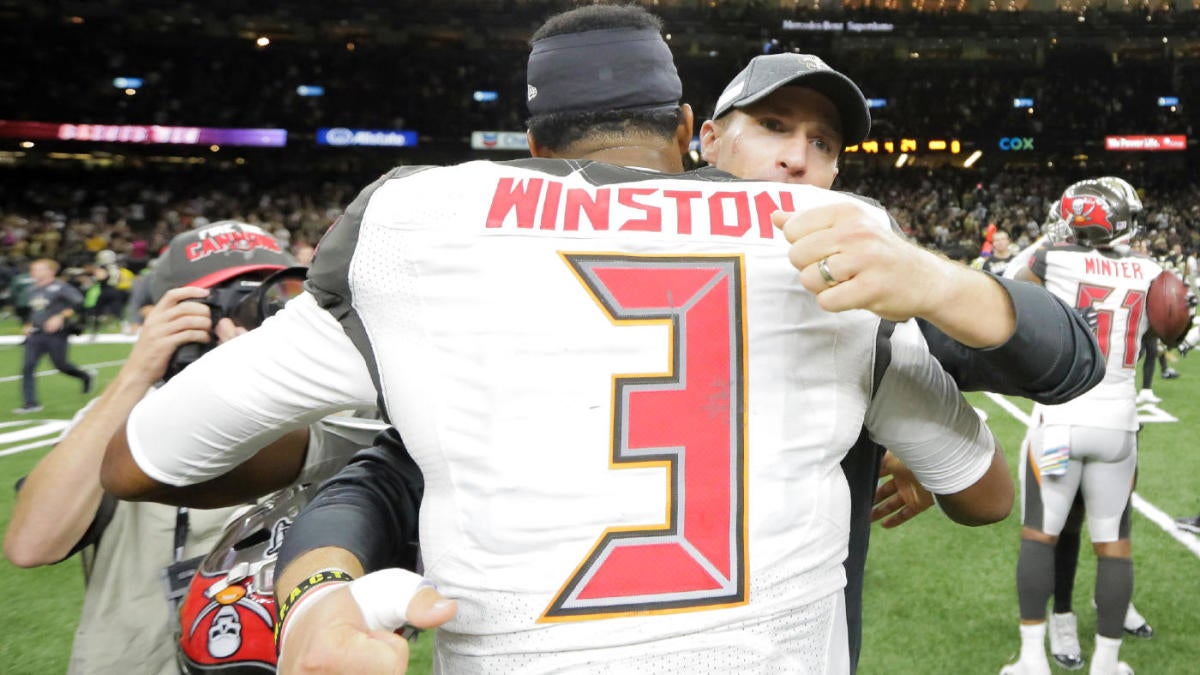 Jameis Winston is thrilled to join the New Orleans Saints and become an understudy to Drew Brees, who takes pride in developing young quarterbacks. While having the opportunity to learn from Brees, Winston will also enter a quarterback class taught by Sean Payton and many other Saints coaches.

An embarrassment of riches for Winston.

“Being a part of (the) New Orleans Saints, with Drew Brees, Taysom Hill, Sean Payton, coach Joe Lombardi (quarterbacks coach), coach Pete Carmichael Jr. (offensive coordinator), when you think about that room, that’s like a Harvard education at quarterback school,” Winston said on Instagram Live, via Greg Auman of The Athletic. “There’s a proverb: Humility comes before honor. I have to humble myself. This is a once-in-a-lifetime opportunity to be with Drew Brees and to be with the New Orleans Saints and just prepare for when my next opportunity is going to present itself.”

Winston signed a one-year deal with the Saints, forfeiting an opportunity to possibly win a starting job elsewhere. Instead, he will battle Taysom Hill for the No. 2 job, while redefining his game under the tutelage of Payton and Brees.

Calling the Saints quarterback room “a Harvard education at quarterback school” didn’t appear to be a subtle jab at Bruce Arians and the Tampa Bay Buccaneers coaching staff, although it’s understandable if Winston felt that way. In his first and only year with Arians, Winston led the NFL in passing yards (5,109) and threw a career-high 33 touchdowns, but also threw 30 interceptions, becoming the first quarterback to have a 30-touchdown, 30-interception season.

The Buccaneers quarterback room is nothing to slouch at. Arians has been called the “quarterback whisperer” (after resurrecting Carson Palmer’s career with the Arizona Cardinals and serving as part of the braintrust that developed Peyton Manning), while quarterbacks coach Clyde Christensen was largely responsible for the development of Andrew Luck when he was with the Indianapolis Colts. Tom Moore (who was with Tampa in OTAs and training camp) was the offensive coordinator for the Colts for 12 seasons (1998 to 2010) and was partially responsible for grooming Manning into one of greatest quarterbacks ever.

Perhaps another year with Arians and company would have paid huge dividends for Winston, but he’ll get the opportunity to resurrect his career in New Orleans. Winston couldn’t pass up the chance to work with Brees and pick his brain.

There appears to be no animosity toward his time with the Bucs either.

“(There) was no better position than to be in the same room with someone I’ve really looked up to, someone I’ve admired since I’ve been playing this game in Drew Brees,” Winston said. “I’ve done some great things with the Bucs. I’m going to miss being a starting quarterback. But you never know what happens. I think this is a great and unique step to join Drew Brees and (the Saints) and learn from him.”