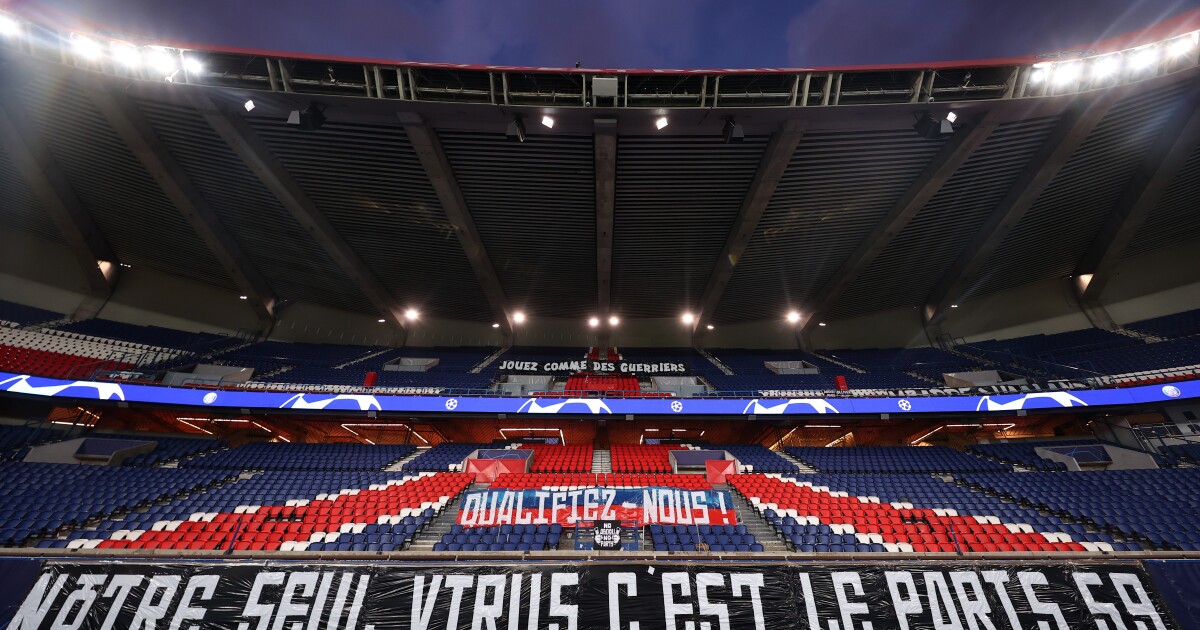 France’s Ligue 1 became the second major European soccer league to abandon its season because of the COVID-19 outbreak when the country’s prime minister announced on Tuesday that all sporting events would be banned until September.

France is scheduled to lift a nationwide lockdown May 11 and first- and second-division teams were hoping to return to training shortly afterward, targeting a mid-June resumption of their seasons. But Prime Minister Edouard Philippe ended that speculation.

“The 2019-20 season of professional sports, including football, will not be able to resume,” he said in an address to the national assembly. “It will not be possible, neither to practice sport in covered places, nor team or contact sports.”

The Dutch Eredivisie canceled the remainder of its season last week after the government of the Netherlands extended a ban on major public events by three months. Belgian clubs Monday postponed a vote on canceling soccer in that country. That vote is expected next week.

The German Bundesliga, meanwhile, hopes to resume play in empty stadiums next month, although the plan is awaiting government approval. Many public health officials are opposed to the idea.

In England, the return of the Premier League already has won the backing of the government. The 20 EPL clubs have scheduled a conference call Friday to discuss options for completing the season’s 92 remaining league games, likely beginning in mid-June.

Spain’s La Liga has set May 11 as the day teams can resume training. If games resume there, they will be played in empty stadiums through December. In Italy, players have been cleared to resume individual training next week and team training May 18. There are hopes the season could resume between May 27 and June 2 and finish in early August, through there have been no official announcements.

Philippe’s announcement Tuesday ended the Ligue 1 and Ligue 2 seasons as well as the remainder of the Division 1 Feminine, France’s highly regarded women’s league. The premature end of the women’s tournament came less than 10 months after France played host to the Women’s World Cup.

Matches in France were suspended by the coronavirus outbreak in early March. France has been one of the countries hit hardest by the pandemic.

Early in the shutdown, officials with several French teams questioned whether they could survive financially. Of Europe’s top five leagues, Ligue 1 has the least lucrative broadcasting contract. But last week, two of those broadcast partners, BeIN Sports and Canal+, threw those teams a lifeline by agreeing to pay the league a portion of the $140 million in TV rights they had withheld when the season was suspended.

The Ligue de Football Professionnel (LFP), which runs soccer in France, is expected to meet next week to resolve issues such as promotion and relegation, as well as qualification for the Champions and Europa league tournaments.

Paris Saint-Germain has a 12-point lead over Marseille atop the table after 27 games. Rennes, a point ahead of Lille in third, currently holds the third Champions League spot. Cellar-dwelling Toulouse, 10 points behind the rest of the league, may avoid relegation despite a dreadful season.

In Ligue 2, five teams were separated by just four points with 10 games left in the fight for promotion to the top flight. In the women’s league, unbeaten Lyon led PSG by three points after 16 matches.