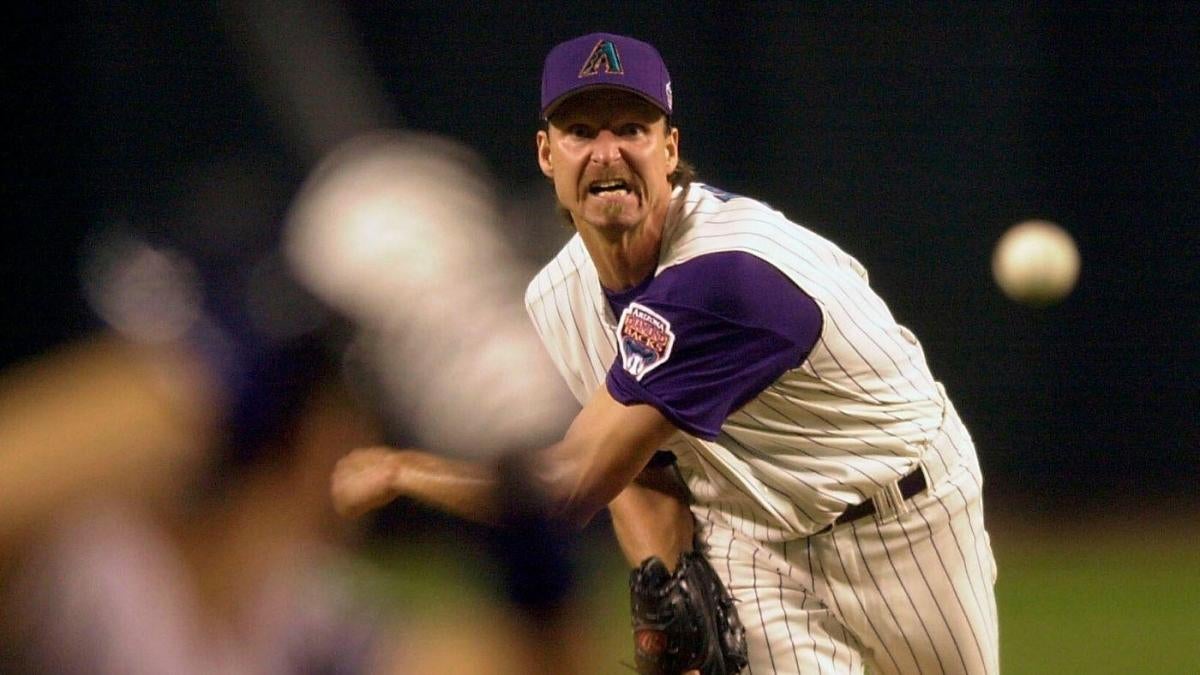 In an effort to avoid going stir crazy with MLB and every other major sports league shut down during the coronavirus pandemic, I’ve decided to take a look at the best of the best for each baseball franchise. We’ve created a 30-day series making an all-time team for each MLB club. We’re breaking down one team each day throughout April, continuing today in Phoenix.
As a (hopefully?) fun twist, I’m making a Baseball Stars team for each. That’s right, the old-school Nintendo video game “Baseball Stars,” which I still consider to be the best baseball video game ever. It allowed you to create teams and I used to make all-time lineups for prominent MLB franchises. There are the eight position players with four starting pitchers, one reliever and five bench position players on each Baseball Stars squads.
The top four WAR seasons and five of the top nine belong to one man here, one who is perhaps best known for a playoff grand slam for a different team. It’s two-time All-Star Miguel Montero. He played nine years for the D-Backs and comfortably dispatches Damian Miller here.

As noted in the intro, it’s tough in such a short time to build up an incredible team next to some of the others we’ve seen, but that rotation is better than some from storied franchises like the Reds, Pirates and several others.

Eduardo Escobar just made a strong case, no? Mark Reynolds and Troy Glaus put up seasons worth mention, too, but I’m going with Matt Williams. He finished third in MVP voting in 1999 when he hit .303/.344/.536 with 35 homers and 142 RBI and he was also the third baseman during the 2001 World Series championship season. He drove home seven that World Series, including three of the four total runs in a Game 2 win.

It’s been somewhat a revolving door here for the most part with some memorable stints from the likes of Jay Bell, Orlando Hudson and Aaron Hill, but I’m going to let recency bias cloud me here — along with moving him back to the infield. The pick is Ketel Marte, who hit .329/.389/.592 with 36 doubles, nine triples, 32 homers, 92 RBI, 97 runs and 10 steals last season. He’s coming into his own as a star and it would be a mistake to peg one of the above trio over him at this point, in my opinion.

The franchise leader in saves is Jose Valverde, but he was wildly inconsistent. Next is J.J. Putz, who had three good years before falling apart. Matt Mantei had a decent run but was also inconsistent. Almost all relievers are to a certain extent. I don’t feel great about any choice here, but I’m going with Byung-Hyun Kim. I know most only remember him coughing up those huge home runs to the Yankees in 2001, but he posted the top reliever WAR for the franchise and was their best a reliever during the peak of the franchise.

There are three candidates here that are incredibly obvious: Randy Johnson, Brandon Webb and Curt Schilling. We don’t really even need to discuss why. Who gets the fourth spot, though?

We’ve got five more on our bench. Our backup catcher can be Damian (Miller). A.J. (Pollock) and CY (Chris Young) were the toughest omissions above, so we’ll take them and that leaves two. Craig (Counsell) is a nice utility man to have around and I’m giving the last spot to a childhood favorite — plus, we need all the racing legends — (Mark) Grace.

He probably failed to live up to lofty expectations, but Justin Upton was a two-time All-Star and once finished fourth in MVP voting while being the best player on a division winner. In six years with the D-Backs, he hit 108 homers and stole 80 bases with a 118 OPS+. He sits sixth among position players in WAR among D-Backs position players.
I feel like it has to come down to Patrick Corbin, Dan Haren and Zack Greinke. Greinke has the advantage in ERA, ERA+ and WAR, so he’s the pick.

This is a really tough one. It’s two players. A.J. Pollock and Steve Finley rank third and fourth in franchise history (behind Goldschmidt and Gonzalez) in WAR and they both played center. Hell, Chris Young is fifth. It’s crowded out here. I could try to cheat and move guys around, but there are worthy candidates at each corner legitimately. I’m gonna go with Finley here due to him being on the World Series title team. It’s a fine tiebreaker.

Now that Nick Ahmed is a decent hitter, he might eventually be the pick, but Stephen Drew spent seven years with the D-Backs and posted a few quality seasons. His 2010 campaign marks the highest WAR ever for a D-Backs shortstop and 2009 clocks in at fifth. In 2008, he had 44 doubles, 11 triples and 21 homers.

Luis Gonzalez. Next.
It’s the Diamondbacks‘ turn. Obviously they have such a short history compared to most other teams, so their lineup is bound to be a bit weaker than others. The starting rotation, however, is not inferior in the least.
With mild apologies to Mark Grace, Tony Clark, Chad Tracy and Erubial Durazo, this isn’t even a discussion. It’s obviously Paul Goldschmidt.