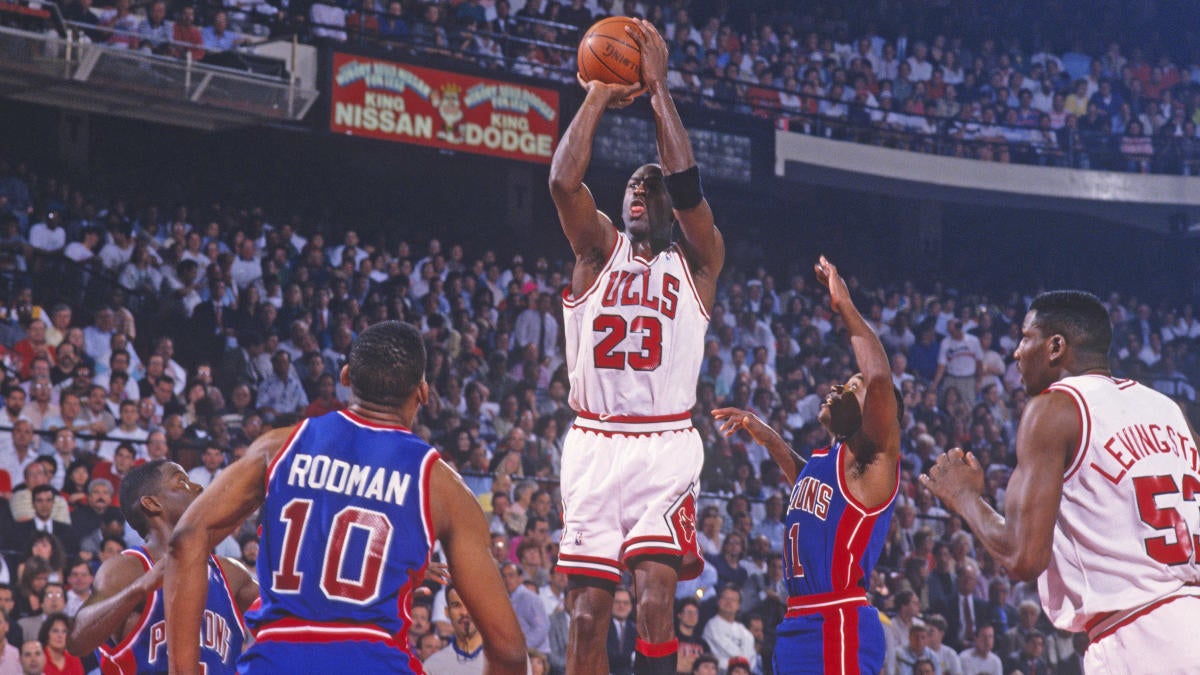 Michael Jordan makes no bones about the fact that he still, to this day, carries hate for the Detroit Pistons. In “The Last Dance,” the 10-part ESPN/Netflix documentary chronicling the 1997-98 Chicago Bulls, Jordan says the Pistons “made it personal” by physically trying to beat the you-know-what out of Jordan and, to a lesser degree, his teammates.

We know about the famous “Jordan Rules‘ that governed Detroit’s defensive approach against Jordan, and they were pretty simple:

It worked for a while, with the Pistons eliminating the Bulls in both the 1989 and 1990 Eastern Conference finals.

Finally, Jordan and the Bulls got over the hump, sweeping the Pistons in the 1991 conference finals en route to winning their first championship. With 7.9 seconds in Game 4, nearly the entire Detroit squad (except for John Salley and Chuck Daly) walked off the court, strolling right past Chicago’s bench, rather than sticking around to shake hands and congratulate the Bulls after the game and series had ended.

In episode four, Thomas was asked about the incident.

“That was the only time that I think I’d ever been swept in a series. I was normally the one doing the sweeping,” Thomas said. “Their time had arrived, and ours was over. As we’re coming out of the game, Laimbeer said: ‘We’re not shaking their hands.’ … Knowing what we now now, in the aftermath of what took place, I think all of us would’ve stopped and said congratulations like they do now. But in that period of time, that’s just not how it was passed. When you lost you left the floor. That was it.”

Jordan, who was handed an iPad during the documentary to watch Thomas make his remarks, is still not buying Thomas’ excuse.

“I know it’s all bullshit,” Jordan said before he even looked at the iPad. “Whatever [Isiah] says now, you know it wasn’t his true actions then. [He’s had] time enough to think about it, or the reaction of the public that’s changed his perspective. … You can show me anything you want. There’s no way you can convince me he wasn’t asshole.

“All you have to do is go back to us losing in Game 7 [the previous year],” Jordan continued. “I shook everybody’s hand. Two years in a row, we shook their hands when they beat us. There’s a certain respect to the game, that we paid to them. That’s sportsmanship. No matter how much it hurts, and believe me it f—–g hurt. But we didn’t have to shake their hands. We knew we whipped their ass already. We got past them. And to me, that was better in some ways than winning the championship.”

Man, you have to love old-school NBA rivalries.