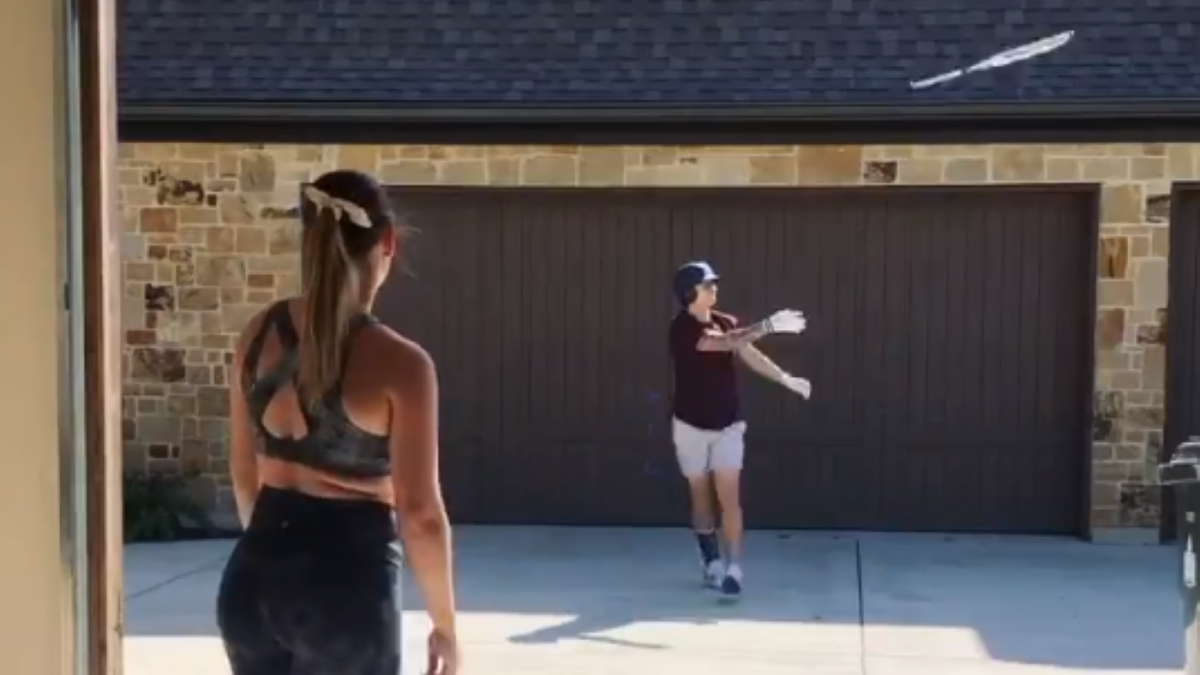 Oakland Athletics prospect Noah Vaughan, like his peers, is currently faced with the challenge of staying game-ready while sports are shut down during the coronavirus pandemic. However, one competitive advantage Vaughan has over many of his peers is that he’s married to former Texas A&M star softball pitcher Riley Sartain-Vaughan.
It’s presumably a lot easier to get in some batting practice work when you’re married to a pitcher, so Vaughan has that going for him. That being said, going head-to-head in showdowns with a significant other can be a dangerous venture, and those reps can lead to some awkward household tension.
However, Sartain-Vaughan got some additional revenge in the form of some filthy movement too.  It may be just training for them but these driveway showdowns are a great form of sports entertainment for the rest of us during these slow times. Keep the battles coming, though Vaughan may want to consider toning down on the theatrics if he wants to be able to sleep inside. It’s one thing to unleash a monster moon bomb off of your own wife, but then to top it off with a bat flip so preposterous that it might’ve landed in the neighbor’s yard? That’s playing with fire.  Sartain-Vaughan wasn’t overly amused with her husband’s showmanship in the immediate aftermath, describing his bat flip as “cringe” as he took off to round the imaginary bases. And his short-term victory lap may have resulted in some longer-term consequences that day. Case in point: