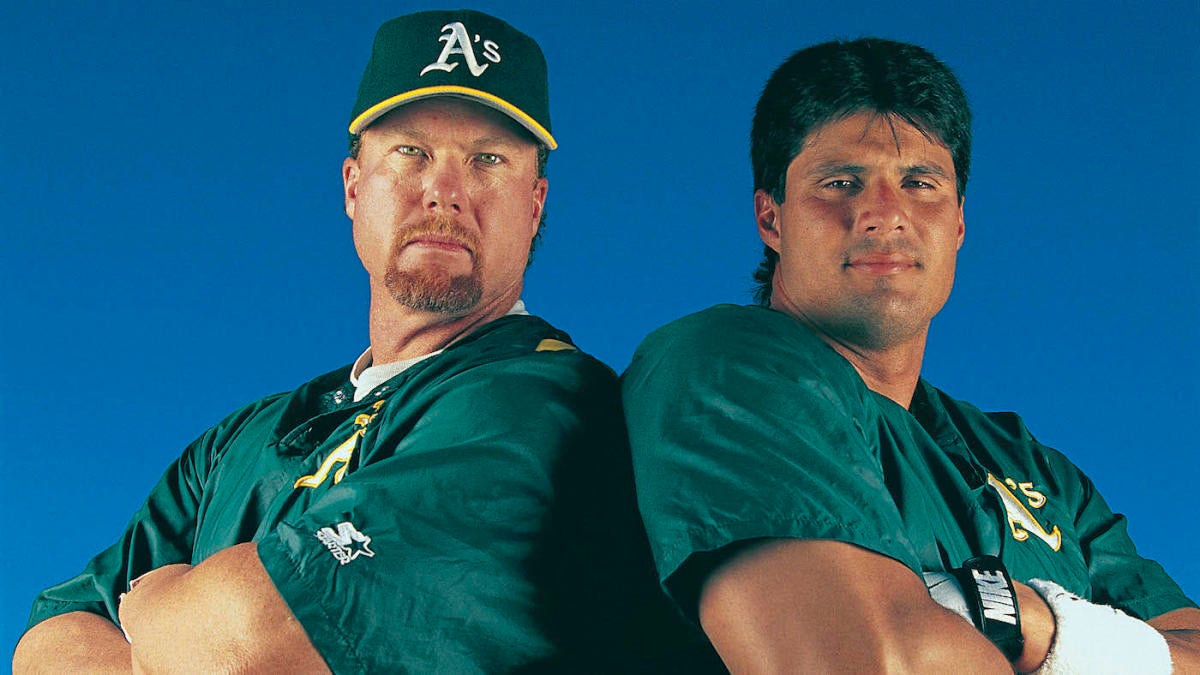 I still need a four-man bench. (Eric) Chavez, (Miguel) Tejada, (Jason) Giambi and Matt (Chapman).
Baseball Stars only allows for six characters for each player name, so below is what I’d name them on the game.
SP: Lefty, Vida, Fish, Huddy
RP: Eck

With all due respect to Al Simmons from the ’20s-’30s, the pick doesn’t require much thought. It’s Rickey Henderson.

With apologies to Barry Zito, Dave Stewart, Bob Welch, Mark Mulder, Dan Haren and a host of others, I like my last two picks without needing to delve much deeper.

The best options look to be Dwayne Murphy and Dave Henderson. Either would be a fine pick, but I think I see something brewing in right. Here’s what we’re going to do. Reggie Jackson played 188 games in his career in center, so he’s the pick here.

Lots of good options here as well. Too bad they didn’t hold onto Josh Donaldson through all of his prime, but that’s just how things are done in Oakland these days. Matt Chapman is building quite the foundation. Eric Chavez had a great run. Carney Lansford was good. We have to mention Frank “Home Run” Baker for his work during the Deadball Era, especially since his nickname is “Home Run” and he only hit 96 in his career with a single-season career high of 12.

As we’ve been doing throughout the series, we’ll note that pre-integration entries must be all-time greats for what should be obvious reasons. That means we have to throw out several from toward the top of the WAR leaderboard, such as Deadball Era Rube Waddell, Chief Bender and Eddie Plank.
As a (hopefully?) fun twist, I’m making a Baseball Stars team for each. That’s right, the old-school Nintendo video game “Baseball Stars,” which I still consider to be the best baseball video game ever. It allowed you to create teams and I used to make all-time lineups for prominent MLB franchises. There are the eight position players with four starting pitchers, one reliever and five bench position players on each Baseball Stars squads.

It’s a well-rounded team with players from every good era with this franchise.

Hall of Famer Mickey Cochrane only played against white players and was in an offensively charged era, but the best competition here is Gene Tenace and Terry Steinbach. It’s not really even close. Something fun that pops on Cochrane’s stat page is his strikeouts/walks. Yes, it was much different in the ’30s than today, but 606 plate appearances in 1929, he walked 69 times to eight strikeouts.

In his six years with the A’s, Tim Hudson was 92-39 (second in win percentage only to Grove) with a 3.30 ERA. He’s sixth in WAR behind five pre-integration pitchers. He’s fourth in ERA+ behind Grove, Waddell and our reliever pick below. We’ll take him.

In an effort to avoid going stir crazy with MLB and every other major sports league shut down during the coronavirus pandemic, I’ve decided to take a look at the best of the best for each baseball franchise. We’ve created a 30-day series making an all-time team for each MLB club. We’re breaking down one team each day throughout April, continuing today in Oakland.

Again I’m left with a pre-integration era player. Eddie Collins with ease.
The pick here, though, is going to be Sal Bando. The four-time All-Star was on the left side of the infield with Campaneris for those three World Series titles in the ’70s. He had three top-four MVP finishes and posted a 127 OPS+ in his 11 years with the A’s.  Oh man. Jason Giambi gets immediately clipped here because it’s Mark McGwire vs. Jimmie Foxx. Foxx is pretty easily better across the board, especially when we take only the A’s stats. How do we square it with Foxx playing pre-integration era, though? It’s tough. It’s Foxx, but I have a feeling we’ll be seeing Big Mac again.
Collins serves as the table-setter for the top of the order and I’ve really enjoyed doing that throughout the series. We could have more punch in the 7-8 spots, but those guys are the top defenders.
They’ve had lots of great closers, even if only for one season (Blake Treinen, Liam Hendriks?). Huston Street, Billy Taylor, Andrew Bailey, Jason Isringhausen and so many more have been excellent in the ninth for this club. It comes down to two Hall of Famers, though, in Rollie Fingers and Dennis Eckersley. Eckersley’s 1988-1992 run is among the best ever for a reliever and that pushes him past Fingers by a nose.

Lefty Grove, however, is a pick. He led the league in ERA five of his nine seasons with the A’s and sported a 151 ERA+ in an incredibly offense-friendly era.

And that leaves us with Mark McGwire here.

Fun fact: Marcus Semien last year had the highest WAR season among any A’s shorstop ever. Miguel Tejada won an MVP and had several excellent seasons. Bert Campaneris led the league in steals six times with the A’s and played excellent defense. He was part of three championship teams, too. I’d probably rather lean Tejada for the offense, but I think most would push me toward Campaneris and I feel like I’ll have plenty of offense. I’ll take him.
That leaves right field to the polarizing Jose Canseco. In his time with the A’s, he hit .264/.344/.507 (136 OPS+) with 254 homers and 135 steals. He was the 1988 AL MVP and finished fourth in 1991. He went 40-40 in 1988, which was the first time ever and remains one of only four such seasons in history. From 1988-91, he had a 160 OPS+ with 162-game averages of 45 homers, 129 RBI and 29 steals. Dude could play.
Vida Blue and Catfish Hunter were together in the rotation on three World Series championship A’s team. Both won a Cy Young and Blue took an MVP.
Up next are the Oakland Athletics, a franchise that spent time in Philadelphia and Kansas City. It’s a storied franchise with 15 pennants and nine championships.