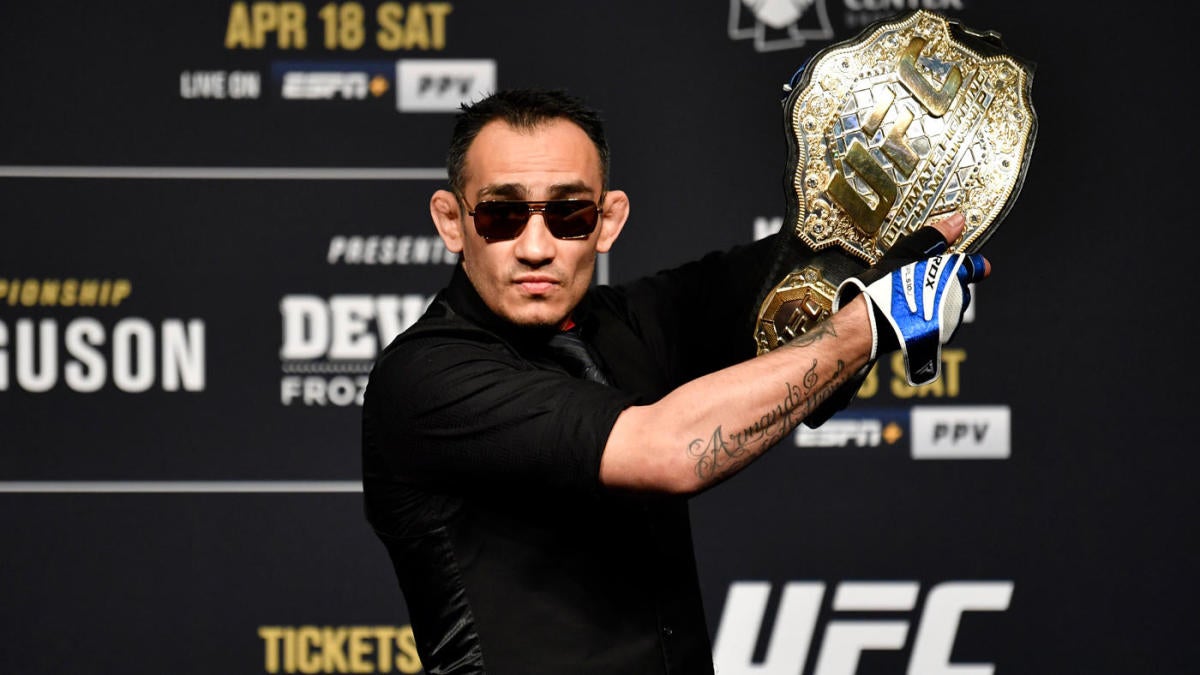 UFC president Dana White appeared on ESPN’s Instagram Live on Friday to announce that UFC 249 is on for May 9 with one of the most stacked cards the promotion has ever put together. The event, which will take place from VyStar Veterans Memorial Arena in Jacksonville, Florida, will be headlined by an interim lightweight championship fight between Tony Ferguson and Justin Gaethje and a bantamweight title defense as Henry Cejudo puts the belt on the line against former champion Dominick Cruz.

UFC 249 was originally planned for Barclays Center in Brooklyn on April 18 with Ferguson challenging lightweight champ Khabib Nurmagomedov. After the coronavirus pandemic made the location unavailable, the promotion attempted to move the event to a secret location, eventually revealed to be Tachi Palace Casino Resort in California, before political pressure led to the event’s postponement.

With Nurmagomedov returning to his home country of Russia amidst the uncertainty, Gaethje was called in for a short-notice opportunity at interim gold. Similar travel restrictions sunk the plans for Cejudo to defend his bantamweight title against Jose Aldo at UFC 250 in Brazil, with Cruz coming out of a years long retirement to challenge for the belt he held on two separate occasions.

Florida recently categorized entertainment workers as “essential,” which has allowed WWE to continue holding events without fans in their Performance Center training facility and setting the stage for other combat sports promotions to attempt to follow that lead. The event will be held without fans in attendance.

The card as announced by White is as follows:

The event will air on ESPN before five fights on ESPN+ pay-per-view.

White confirmed fights would take place on May 13 and May 16, though he declined to announce any bouts for those cards. He also stated that the promotion is looking at holding another event on May 23, though did not indicate that plan was finalized.

White said the promotion attempted to submit a 30-page plan to the governor of Nevada, but ultimately the fights had to be moved to Florida. A quote in the press release indicated the promotion submitted a similar safety plan to cement the venue for UFC 249.

“As we move step-by-step on the path toward economic recovery, we are proud to host these UFC events at the Vystar Veterans Memorial Arena,” Jacksonville mayor Lenny Curry said in a statement. “The UFC organization is a renowned entertainment brand that’s presented a safe and sensible plan to use this Jacksonville location, and we are thrilled to have our city highlighted nationally on ESPN and ESPN+. With Jacksonville continuing to outpace other cities and regions, we are excited to continue to lead as host to these world-class, international sports entertainment organizations.”

The fights will also be officially sanctioned by the Florida commission — something that wasn’t guaranteed by fighting in California on Native American tribal land.

“Florida’s State Commission and the Department of Business and Professional Regulation have been in continued coordination with the Ultimate Fighting Championship (UFC) to identify options for bringing the UFC to Florida for upcoming events,” Florida state boxing commission executive director Patrick Cunningham said in a statment. “Florida welcomes the UFC to the Sunshine State, and our commission stands ready to sanction the events to be held on May 9, 13 and 16. Health and safety protocols will be in place to ensure the safety and wellbeing of all individuals who are helping to make these events possible.  With this triple date feature of UFC events coming in May, Florida is continuing to build a strong collaboration with UFC that sets the foundation for more opportunities that we hope UFC will choose to host in our state in the months to come.”

With three or four events set for Jacksonville, White did continue to push the idea that UFC fights will happen in June on “Fight Island,” an undisclosed island White has claimed the UFC has secured to hold international events to get around travel complications caused by the current pandemic.

“Fight Island should be up and running in June,” White said. “So I should be able to start running international events in June. From May 9 to May 23, we’ll knock out four shows. And then in June we can start international stuff on the island.

Demetrious Johnson not worried about first ONE Championship title fight, focused on being in ‘dad mode’